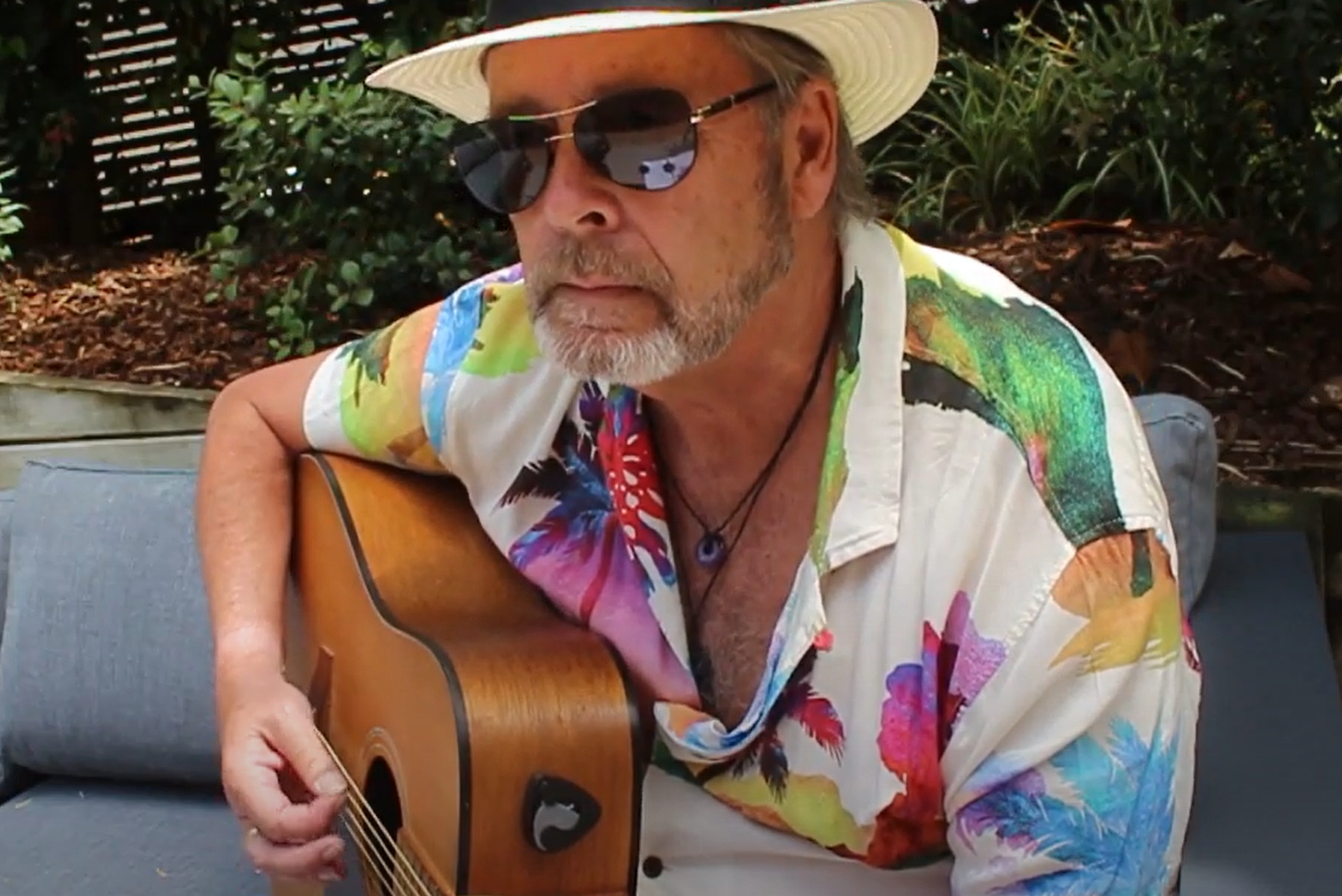 Robin Kelly’s Shadowman is the sixth release from the New Zealander. Vocalist Sonia Wilson and guitarist Nigel Gavin are important creative partners on this thirteen-track collection and Kelly drafted the latter, in particular, for specific reasons. Kelly set out to write and record an album built around guitar and Gavin is an inspired choice for both those goals and the material. Gavin’s played alongside King Crimson’s Robert Fripp and his League of Crafty Guitarists, and his staggering musical range allows him to play anything.

Chops, however, are not the only story underpinning Shadowman. Kelly’s songwriting is the highlight for me. The hushed redemptive qualities of the album opener “Sunrise” serve as an invaluable introduction for anyone new to his work as its marriage of evocative instrumentation with significant lyrical detail is a hallmark of his writing. It takes different forms during the course of Shadowman, but the underlying aesthetic remains in place throughout.

His predilection for graceful, even eloquent, arrangements continues with the second track “Good Morning, Captain Sir”. Some longtime music fans may hear superficial similarities between Kelly’s sound, particularly his vocals, and Cat Stevens, but Kelly’s music eschews Stevens’ pop sensibilities. The song gives us another fine lyric and Kelly conveys it with enormous style and just enough sophistication.

The album title song revisits the pedal steel again, it’s an important component of the album opener, but it has a distinctly different character. “Shadowman” wears an overall much more playful face than before, but its gregarious nature is somewhat deceptive. There are dark layers present in the song’s storytelling. The aforementioned qualities of the song, however, lighten the darkness without compromising the track.

“So Close to the Edge” has bluesy minor-key loneliness looming over every note. It’s the album’s first turn away from a strictly acoustic folk direction but Kelly’s touch remains light. The presence of electric guitar, however understated, deepens the song’s dimensions. Sonia Wilson makes her first appearance during the track “Our Last Valentine” and her duet with Kelly is outstanding.

It plays to many of our expectations from such songs, gloriously as well, but the patient and confident unfolding of the song is a definite highlight. It has a slight Southwestern flavor in its music but nevertheless adheres to the same template for earlier tracks. The plain-spoken poetry and wry intelligence powering “It Settled with the Moon” will be a favorite for many. He continues echoing, without even a dollop of self-consciousness, other performers as there is a definite Jimmy Buffett influence running through the song, especially its lyrics. Kelly, however, has a brighter literary flair than his illustrious predecessor.

“Missing” has more of the honest dramatics distinguishing the album’s finest moments. The same sound of absence pervading some earlier tracks returns again and keen listeners will hear how Kelly modulates color. The recurring distorted electric guitar is the key addition in this regard. Wilson makes important contributions to the bouncy “The Way It’s Always Gonna Be” but, once more, genuine pathos are present throughout his writing. Shadowman is an all-around satisfying effort and ranks among Robin Kelly’s best work yet.