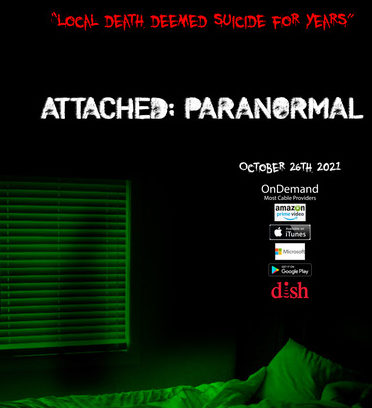 Rob Jankowski is a triple threat in this Paranormal/Horror Thriller, as writer, director and star of this new entry in the genre.

A man is found dead in his home deemed suicide for years by the local authorities. Year’s later tapes of the incident suddenly get released by a local detective’s son. Do You Believe In the Paranormal?

Check out “Attached: Paranormal” on IMDB: