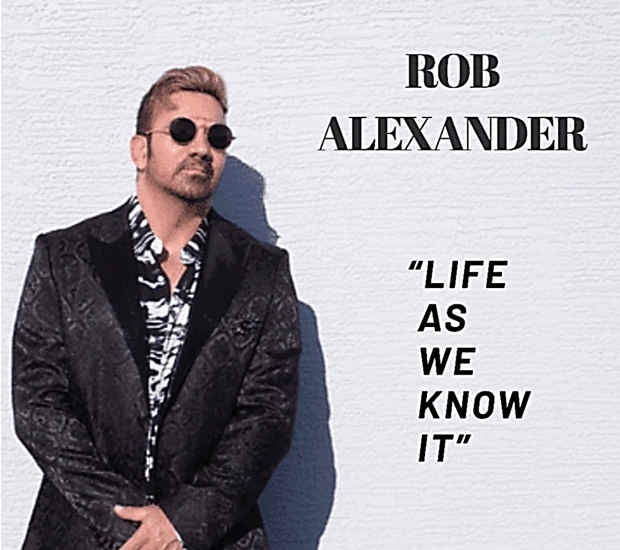 Some records rely on one really big single to win over the masses, but with Rob Alexander’s Being Myself, the latest LP from the south Florida songwriter has given us no less than three stunning songs of this caliber, with the most recent being “Life As We Know It.” Alexander comes undone like the wild animal we always knew he could be in “Life As We Know It,” falling into a ferocious groove pattern that seduces listeners even more than his smoky vocal does, and for those of us who were anticipating a lot out of the realm of indie adult contemporary this season, it provides more than enough sonic wonderment worth writing home about.

Like his last two singles, Alexander’s latest studio cut is pristinely produced but not even slightly overdone, leaning more on the natural tonality of the instruments and our leading man’s vocal than it does anything behind the soundboard. Too many pop songwriters, especially in the adult contemporary scene, have taken to embracing the artificialities that have become standardized in the genre’s most commercialized output, but this is one composer who isn’t giving in to this disheartening trend. He’s got too much to give without filtration being added into the mix, and critics like myself are grateful for his strict adherence to organic practices.

The vocal track gets a mild boost from the EQ, particularly in the chorus of “Life As We Know It,” but I think this was necessary to overcome the wallop of the instrumental harmony accompanying it. There’s a vaguely continuous climax that spans the entirety of this song, which stands in strong contrast to the other formulas Alexander used in Being Myself, but his sound doesn’t come off as eccentric in this scenario at all. He’s good at adapting to different tempos and styles of play, and that’s made clear to anyone who would question it in this single.

Rob Alexander has a versatile skillset that has only been somewhat exploited in past offerings, and personally, I think that recording an acoustic take on “Life As We Know It” would go a long way towards demonstrating just how much he can do in the studio when there’s nothing to stop the creative juices from flowing any different way they possibly could. The bones of this composition are sublimely flexible, and I’d love to hear what they could produce in a capacity that aesthetically conflicts with the one we’re presented with in this version of the song.

I’ve been a Rob Alexander fan for a little while now, and there’s not a doubt in my mind that I’ll be staying tuned to his discography on the strength of the consistency he’s showing off in his most recent releases. “Life As We Know It” is certainly one of the best songs on Being Myself, but it’s hardly the only reason to pick up the LP this spring. Alexander is a musician everyone needs to be taking very seriously right now, and I’m not the only critic saying as much.