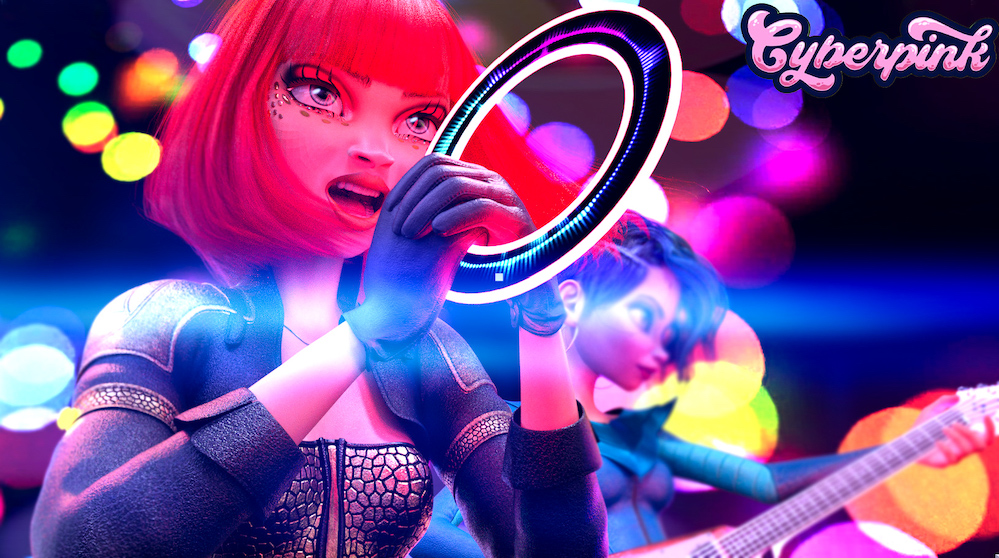 P.A. Lopez, owner of Fashion Week Online® and RNWY®, has announced the development of a new animated TV series in conjunction with his Cyberpink book series. After a “war” against a high school bully ends in disaster, five young ladies with humor and heart move to the moon to become rock stars, each haunted by a painful past.

As in the books, Cyberpink™ the TV show will be set on the moon in the 23rd century, in a time of social unrest. By the year 2246, the moon has been terraformed and robots are sentient.

And L, Infiniti, Maya, Eva, and Stacyÿ have been expelled from high school, right before graduation.

The timing of their new beginning on Luna couldn’t be worse. A series of human disappearances is pitting humans against robots, exacerbated by an unscrupulous mayor looking to take advantage of the chaos. None of which would necessarily affect them personally, if Eva’s adoptive parents and Stacyÿ’s from-childhood boyfriend weren’t also robots.

The situation comes to a head when they discover the most powerful music manager on Luna is anti-robot, forcing them to choose between their rock star dreams and doing the right thing.

Series creator P.A. Lopez says: “As someone who’s multi-ethnic myself (my father is hispanic, my mother is Dutch/Welsh), I know the sting of always being perceived as an outsider to someone. This is one of the reasons I’m passionate about this topic and world.”

The Cyberpink series is meant to appeal to both men and women, boys and girls. Like Star Wars or The Avengers, its strength relies on humor, high imagination, and — most importantly — nuanced, three-dimensional characters.

P.A. Lopez says: “Like the characters in Friends, they’re people you look forward to inviting into your home, week after week.”

Teaser dialogue (such as the girls’ discussion of the relative merits of “Chair Pants”) can be found on the official Cyberpink YouTube.

The band’s first single, “This Big Town,” is on YouTube, Amazon, Apple Music, and more.

Artists at work on the project include Samuel Bermudez and Francis Taylor.

People interested in finding out more about Cyberpink the band and the show can contact the CP team at cyberpink.net/contact.