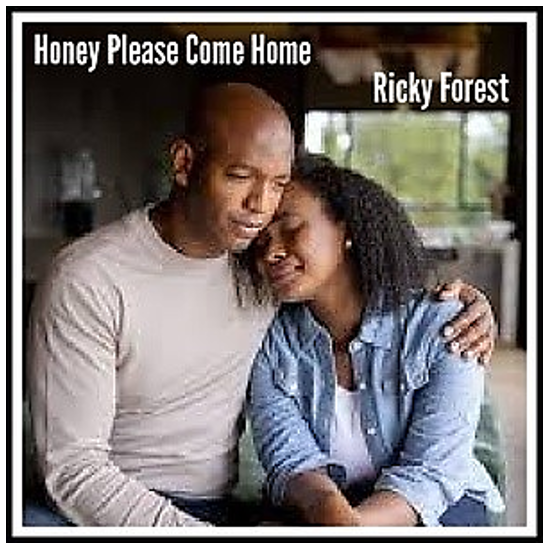 2022 was a fairly landmark year for modern country music; while the old standards and favorite household names seemed to take the year easy, plenty of new or under-sung artists took that as a sign to breakout. Scotty McCreery, Jackson Dean, and Thomas Rhett are all names country fans will no doubt have heard of as the year comes to a close, but a name that might have slipped by is Ricky Forest. Forest, known for his time in three separate bands as well as his songwriting spanning two decades, has returned with a single that belongs on year-end lists the same as the rest of the independent country music artists.

“Honey Please Come Home” sees Forest writing from the perspective of someone that has made a major error that has cost him the love of his partner; it’s an open-hearted, earnest country-rock ballad with beautiful and rich instrumentation, and the lyrics are full of love and passion even when tinged with regret. The wonderful strings and piano complement Forest’s deep, full vocal style with a maturity that makes the song feel far from a typical indie effort, and the production of the piece overall gives the track a deep level of professionalism that most independent country music stars never seem to manage — there’s a ton of moving parts going on but the song never loses sight of itself, consistently hitting the right marks needed to make “Honey Please Come Home” a memorable piece of modern independent country-rock.

Now, Ricky Forest might not be a household name just yet but with his work continuing along the same road it is now, that could very well change. His daily songwriting routine is a tough one but has allowed a strict regimen and simultaneous freedom to deliver new tracks just about every day, at least in songwriting form. The work ethic is airtight and admirable, and Forest is giving audiences the perfect amount of insider info on his process — he’s gone on the record as saying he “wakes up in the wee hours of the morning just to write a song,” and the end result doesn’t ever feel like a one-off attempt. Citing classic songwriter Paul McCartney as a major influence tracks as both artists have a habit of creating hits out of spur-of-the-moment songwriting impulses.

Ricky Forest is still very much an indie country artist at heart, so while he may miss the major outlet end-of-the-year lists, there’s a real power to his songwriting and overall skill when it comes to the people who know. There’s a defined attention paid to “Honey Please Come Home” that feels like an homage to the way classic country music used to sound, and I wouldn’t be surprised if the trend of classic country maturity and style choices are on their way back to the mainstream. Ricky Forest is a wave-maker, a stylish addition to contemporary country music, and one of the only people in country delivering the kinds of songs that the genre used to be full of — don’t miss out on the incredible “Honey Please Come Home.”

The music of Ricky Forest has been heard all over the world in partnership with the radio plugging services offered by Musik and Film Radio Promotions Division.  Learn more https://musikandfilm.com