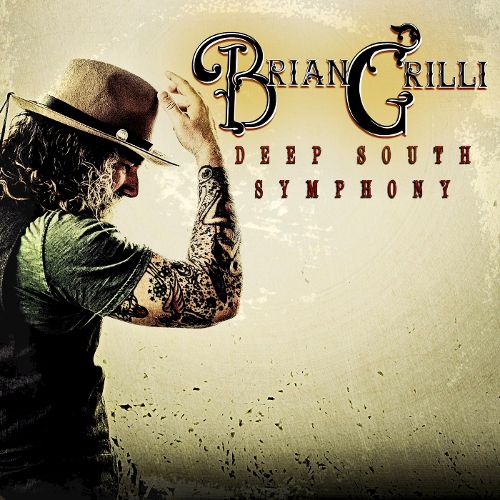 Expect the unexpected with this former United States Navy Explosive Ordnance Disposal Technician because he just made an album for the crowd. Brian Grilli’s new album titled, Deep South Symphony, was released on July 25th, 2018 by the Spectra Music Group and I am forecasting it to head straight to the top. As a person who doesn’t listen to country music on a regular basis, I can say that I will have this album on repeat for several weeks. The album was recorded and produced by Andy Anderson in the well-known Sound Kitchen Studio in Nashville, TN. The album features several different musicians making for a masterpiece. This is the kind of music you hear when the sun is setting making everything feel just right.

One of my favorite songs on this album is “You are My Everything”, it’s just something about mixing love with country music or even just a guitar, that gets me going. This song along with every other song is delivered with so much passion, that it makes you feel like he is directly talking to you. “Keep On Keeping’ On” may be my favorite song on the album because of how raw Brian sounds. Dealing with a breakup is rough, and to anyone going through that at this time, I suggest you hop in your car and turn this song on. The song lets you know to keep it moving and sometimes, that is what people need to hear.

I cannot get over all the instrumentals on this album. When you take the time to listen to how the guitar is played followed by the base in the background making everything seem uplifting and makes you want to get up and dance. Earlier I mentioned that I do not tend to listen to country music, but Brian Grilli music profile is far from being only country music. He displays a lot of southern rock and roll, blues, as well as country . The way he plays the guitar is filled with so much rhythm that if there wasn’t any words I would still be moving my head back and forth.

Brian is said to base his music career on giving back to where he came from and his past in general. The song “My Hometown” tells a vivid story about how his hometown was when he was a child and compares it to how it is when he goes back to visit. I appreciate Brian for dedicating a song to where he came from because so many artist do the opposite and its nice to hear someone show appreciation and basically say no matter what, his hometown is what made him who he is today.

The last song I will mention, and not because of my love for the drink, but River of Whiskey is a great depiction of how so many of handle problems with attraction. This song just aids what I said before on how raw Brian Grilli is with his lyrics. The man keeps it real, and I respect an artist who isn’t afraid to express how he feels and also exclaims how he handles his feelings.

In conclusion this album was made for an audience who is ready to involve themselves with the music while also relating. For someone who doesn’t particularly listen to this genre of music I will say that Brian Grilli is an artist that I will continue to follow. He has a great background story and is really passionate about all of his work. I believe his time served for this country is displayed in his vocals and the lyrics behind them.