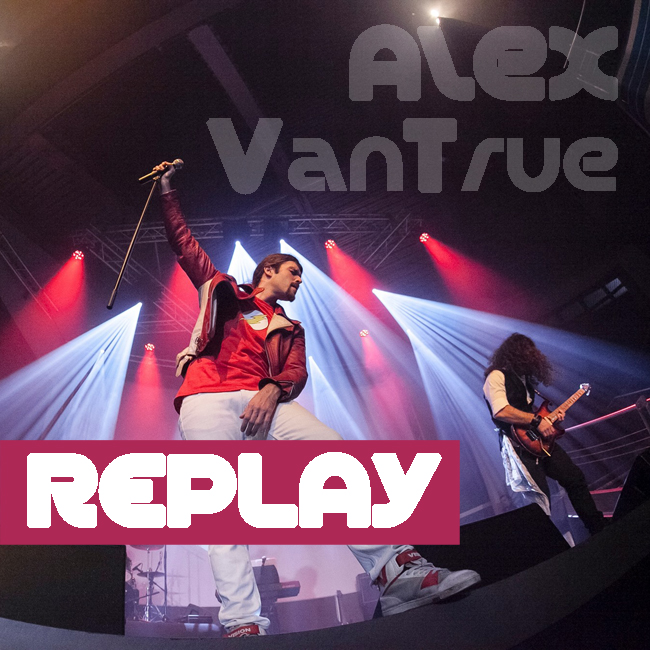 Have you ever journaled about moments that changed your life’s trajectory? What memories of your past have you never forgotten? Or do you block out the tragedies and save room for the celebrations? Songwriters have the sometimes audacious task of putting lyrics to life’s intimate moments, or even sorrowful times. In their new song, “Replay” singer Alex VanTrue teams up with songwriter James Fairchild. These two are brilliant. “Replay” is certainly not the song for the faint of heart, but it’s a great deal worth listening to and exploring your own depths.

The simple summary is that Fairchild’s lyrics are about the pain and regret of losing an unborn child. But the truth of the matter is, life is not simple and there are several layers and chapters to Fairchild’s odyssey of a song. He’s not rehashing a decision, he’s putting painful memories for everyone’s ears. For a brief moment, he had pure joy, and then it was all gone. The child, conceived with a married woman, has a bevy of sordid details that are handled delicately in Fairchild’s backstory that he provides on his website. No judging is needed, as “Replay” doesn’t focus on the why, but rather how it made Fairchild feel when the child died. It’s confronting and rather than pushing him over the edge, he brings the listener a stunning song. In the most unlikely of themes, I think Fairchild and VanTrue create magic.

Oh, I can’t replay what’s been taken away…I should have taken her with me, he sings. Two levels emerge, that Fairchild, besides the loss of the baby, he also wishes he had swept the woman off and away and made a life with her. And I regret it every single day, he sings. Surrounding VanTrue’s voice is the sound of a soul trying to make peace. The guitar, rumbling at times like a storm on the horizon. The rhythm patterns just as incognito, send the listener reeling down the sonic river. The colors that emerge are a blending of marigolds and blinding blues. I think I got the sense of chills, but moments of glory. With so many memories swirling into the story, VanTrue and Fairchild tuck the listener nicely into a fitting music bed. The focus is definitely on VanTrue’s powerhouse voice and the serene lyrics.

If you’re a fan of songs and poems that nestle themselves deep into your soul, then “Replay” is the song you will want to hear. You will embrace it with two open arms – just the way you feel from VanTrue’s voice. He and Fairchild give voice to those feelings that just don’t go away. I also think fans of Broadway musicals will like VanTrue. He has a voice that is a beacon of drama and emotion. I would also recommend “Replay” to fans of Constantine Maroulis, Josh Groban and Brian Stokes Mitchell. If you want to check out more of VanTrue, he’s also the lead singer of tribute band, One Vision: A Queen Tribute. He certainly pays tribute to Fairchild’s magnificent words in “Replay”.

The music of Alex VanTrue has been heard all over the world in partnership with the radio plugging services offered by Musik and Film Radio Promotions Division.  Learn more https://musikandfilm.com