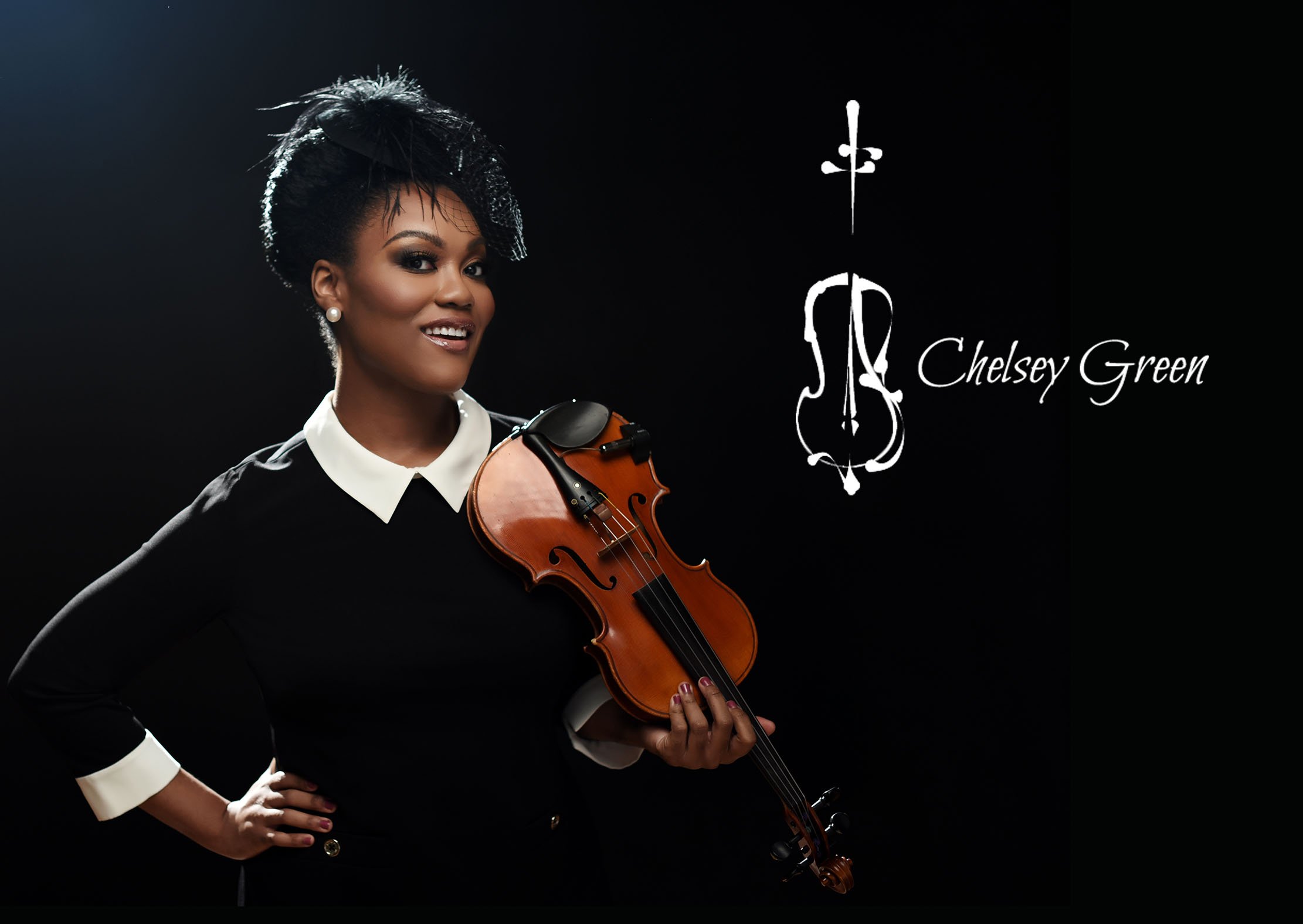 ReEnvisioned (EP) from Chelsey Green and The Green Project

Green with envy comes to mind on the new EP ReEnvisioned. It’s the latest release from contemporary jazz meets classical music crossover outfit, Chelsey Green and The Green Project. Together this group explores some higher regions in the jazz airwaves and along the way, pick up some supersonic violin victories. Bridging together a world of bright sounds and endless opportunities, Chelsey Green and The Green Project color their songs with envious tones and crisp string arrangements.

This band finds a perfect balance of instrumentation and singing. With the first two songs, both instrumental, the energy builds up like a dramatic play. In the first scene, “Soundcheck” the gregarious drums, guitar and bass guitar collaborate with the piano in a jam session. The violin, by no means an outsider, carries the torch with beaming lines. This song really grooves and perfectly sets the table for a fantastic evening.

The next instrumental track, “It’s Not What It Seems” is another course of celebratory music. What I liked most about this song is that if were a taste, it would be a bubble tea or a pumpkin spice latte. The violin (or viola, I’m really not confident), spurs this parade of sparkling and calming veil. Breathing in that sound, along with the jazz drum arrangements and bass guitar, swells the listener’s mind with wonderment. Supposing this song had lyrics, I think it would be about a woman who society thinks is a certain way, but only she knows the truth. She’s confident enough in herself that she always holds her head up high.

Green takes on the Great American Songbook entry “Fly Me To The Moon (featuring Sean Jones”. Her take on the song is modern and she divvies up the juices a bit, letting the flavor squeeze out from the trumpet, the percussion and the guitars. Her voice is smoky, lowered in pitch, but never missing a beat. Green sings, “fly me to the moon, let me play among the stars, let me see what spring is like…” as if it were written by her and for her. One can’t help but be transported to a more innocent time, and the music bed illustrates that point further with the exuberant trumpet section.

Track four, “Time” moves the band in yet another direction. This time, er, in this instance, the mood is sorrowful, but hopeful. The violin (again, it might be a viola), is wistful. It’s mixed at a higher level than “Soundcheck” and possesses lower notes. “The truth comes to light in time,” Green sings, as she laments over being cheated on. She’s not envious anymore – she has definitely moved on. This song, complete with the sound of a clock at the beginning, warps into a smooth jazz delight quickly. Wasting little time on the backing music, I found Green’s vocals to be just as emotional as they were in “Fly Me To The Moon”. She showed a different side to her artistry, not just with “Time”, but in each track on ReEnvisioned.

The music of CHELSEY GREEN has been heard all over the world in partnership with the radio plugging services offered by Musik and Film Radio Promotions Division.  Learn more https://musikandfilm.com