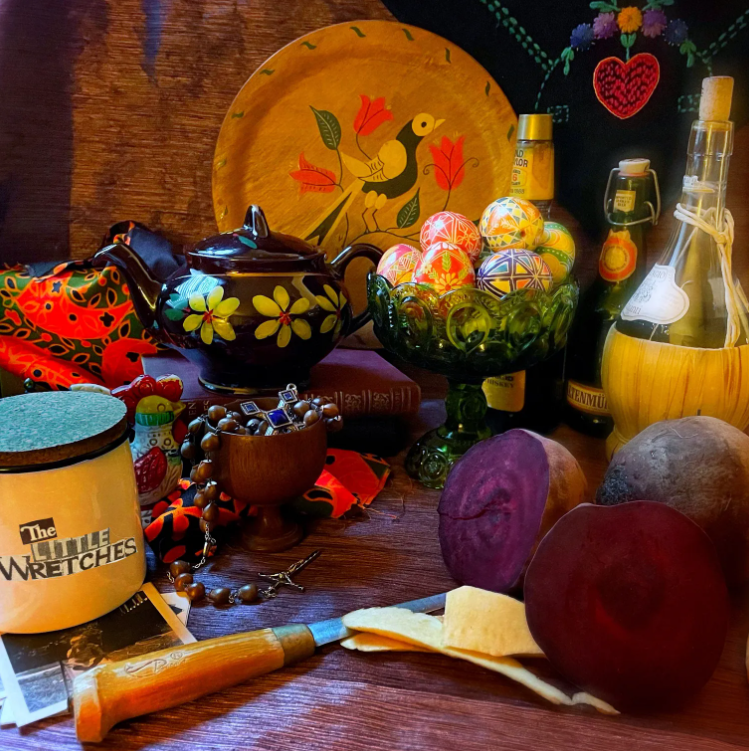 Overthinking pastoral elements in modern Americana is becoming all too common a problem, but if you check out the new record Red Beets & Horseradish from The Little Wretches, you aren’t going to run into this issue at all. Across thirteen songs within its tracklist, Red Beets & Horseradish scarcely indulges in the elaborate conceptualism that has started to become mainstream in this genre in the last few years, instead dazzling its audience with a straight and narrow delivery from frontman Robert A. Wagner that is quite enticing to say the least, especially beside his competition in the scene.

Say what you will about the simplistic structure of “Nothing Was Given to Me,” “Lovingkindness,” “Old Hundredth,” “Duquesne,” and “It’s All Between Me & God,” but there’s nothing even remotely bland about the harmonies that you’re going to hear in these tracks. On the contrary, I think that the framing of the lyrics in this material is a lot more compelling than the actual substance of the verses would be on its own. It’s really only through the careful layering of melodies in a single like “Palms & Crosses” that we can hear how full-bodied this band’s sound is, and this wouldn’t have been possible with a more intricate compositional premise.

I like the progression of themes through the record, with the mood of early cuts like “Rise / Swanage” and “Winter’s Grace (ft. Rosa C. Colucci)” differing substantially from where we end up in tracks like “Old Lillian’s Story” and “Walked Along.” It’s not a concept LP, but Red Beets & Horseradish does feel like an anthological escape into different worlds formed by these players, all of whom sound as invested in the work they’re producing as a farmer would be their autumn harvest in all of its rich abundance.

Red Beets & Horseradish is a simple album for fans of simple folk-rock, but it strangely feels like an ambitious new benchmark for The Little Wretches as a band. They’ve still got a long way to go before they can lay claim to some mainstream affection, but for the audience they’re trying to address and keep satisfied with the release of this all-new tracklist, I think they’re going to receive all the due love they deserve as a group. This is a big time for folk-rock, and indie players like these can be credited with keeping things very interesting for critics and fans alike.