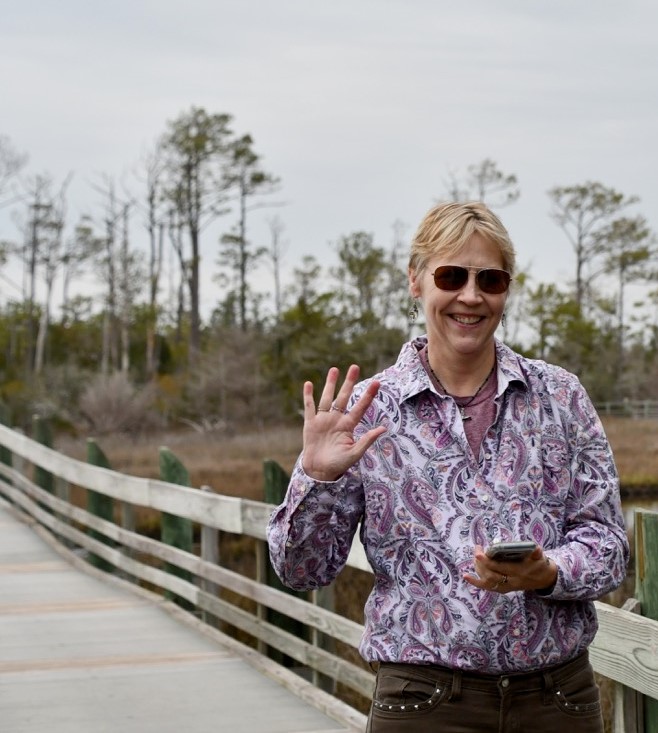 Rebecca “DawgGone” Davis’ songs are quite unlike anyone working today. You’ve read and heard that before, probably countless times. Reviewers are often peddling benign puffery when writing about bands and solo performers, but Davis’ music provides listeners a conclusive instance where the patter isn’t pre-packaged – Rebecca “DawgGone” Davis isn’t like anyone else working today.

Four years into a music career may seem a little early for compiling a “best of” collection. Davis, however, is ready for two reasons – she’s maintained a ferocious creative clip since her 2018 debut and the quality of her material hasn’t dipped in any appreciable way. Raybans in the Rain inexplicably doesn’t feature her breakout track “Middle Age Woman – Hip Hop Style”, but the ten tracks she’s chosen for the release reflect what she’s accomplished since then, including early work and more recent fare.

2021’s “Raybans in the Rain” opens the collection and serves as the title song. Davis early on perfected a signature style that she’s maintained with unwavering consistency. Her chief collaborators’ German producer Hellmut Wolf and guitar player Romain Duchein are well-suited for Davs’ aims as there’s a clear desire on her part to rock convincingly yet provide a musical platform for her lyrics and voice. The title song illustrates this well.

“Boulders Weeping – Cry No More” is one of the unquestionable pinnacles of their collaboration. Wolf, former Gap Band member/R&B/gospel artist Dorian P. Williams, and Davis come together to serve up one of her punchiest tracks thanks to the inclusion of quasi-brass in the mix. Davis responds to the song’s backing track with crackling vigor. “Clean Slate” highlights Davis’ often declamatory vocal style and veers closer to the idea of spoken word with musical accompaniment rather than a traditional pop song. This isn’t a slight to say so.

“Weight of the World” kicks guitars to the curbside and, instead, throws itself in with a furious electronica backing track. This feels like Wolf’s true métier, in a way, as the arrangement surges ahead with near pulverizing power. “Judge Not Rap Yes” harbors the same “live and let live” attitude permeating many of Davis’ lyrics, but there’s plenty of fire here as well as the songwriter, besides her clear humor, isn’t one to take injustice lightly.

“Checkered Future” is one of the funnier lyrics she’s written but, like the other, manages to incorporate some life lessons she’s picked up along the way. One of Davis’ earliest singles, “Butt on Fiya” remains one of her best lyrics still because of the adapt way she blends the very personal with the comical with such great effect. The musical arrangement, as well, holds up under repeated listens. Raybans in the Rain makes the case that Davis is much more than an isolated indie talent as her particular brand of satire, social commentary, comedy, and musicality deserve a wider audience. Only one of the tunes can be rightly called a full-on novelty song, “Here Comes Santa Dawg”, and this ten song collection will otherwise go a long way towards advancing her cause.