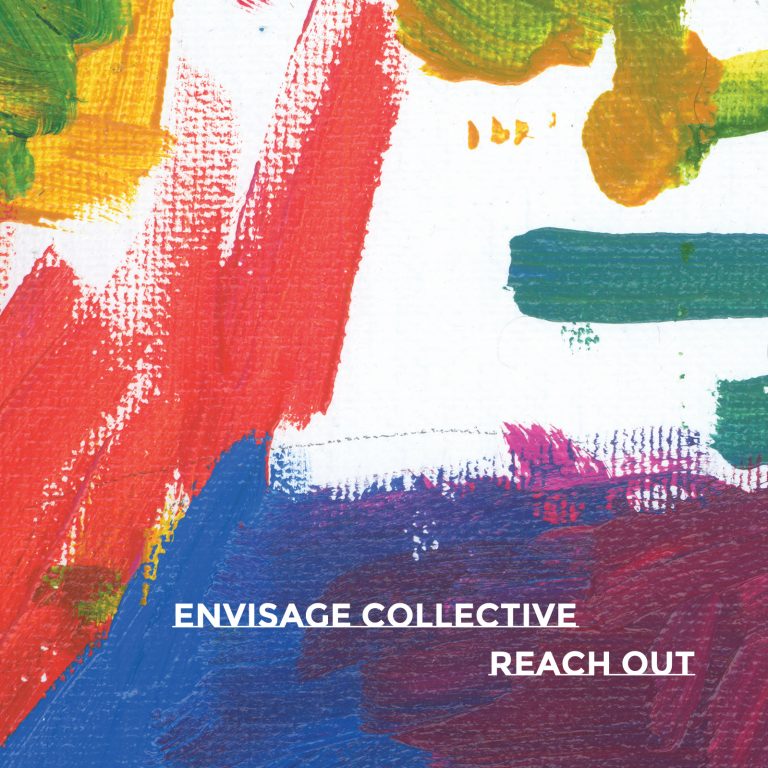 Reach Out (LP) by Envisage Collective

With a gentle rhythm behind the drums to guide their ethereal glow, the keys in “Wish” are rivaled only by the sax that occasionally accents the melodic ribbonry they so beautifully unleash. The slow-churning ascent we find in this track isn’t all that different from the one that gives life to the title cut in Envisage Collective’s Reach Out LP (on which they can both be heard), although between the two of them, I think that it’s easy to distinguish the non-linguistic narratives the band is trying to convey to us in each of their groove-laden harmonies.

Envisage Collective are bursting at the seams with catharsis in “The Omnivore’s Dilemma,” experimenting with the excesses of a bygone age – to the tune of marvelous results, I might add – in “Step on a Crack,” exploring their softer side in “The Closer” and marrying conservative melodies with a bombastic percussive undertow in “Habitat,” but no matter where we turn in their new album, there’s scarcely a moment where we aren’t thrust to the edge of our seats in anticipation of whatever charming musical might could be waiting around the next turn.

In this record, Envisage Collective remind us that, in order to make compelling jazz in this modern age, a group of players have to be willing to constantly adhere to the principles that gave their genre its start through breaking the basic rules of music itself (much as the legendary Miles Davis once did). From a melodic perspective, “Malta House” and “Envisage” are two of the most stimulating compositions I’ve listened to on an indie jazz LP this spring, but they’re by no means any more powerful in presence than “Wish” or the violent “Step on a Crack” are.

The title track leans on hypnotic elements tethered to an emerging surrealism movement in the United States, while “The Omnivore’s Dilemma” touches on more of an experimental theme that I would love for this band to dive into just a bit more in the future. The entirety of Reach Out could be described as existing to the left of many mainstream jazz releases this year, but as I see it, this makes it stand out all the more beside its streamlined peers on either side of the dial right now.

I wasn’t familiar with Envisage Collective before getting introduced to their sound via Reach Out, but I’m definitely eager to hear more music from their camp after getting lost in the oasis of jazz rhythm and tonality that this album has to share. There’s a lot of potential between these players that could be shaped in a litany of different ways, and considering the natural chemistry that they’ve got, I think we’re going to experience some amazing music from their sessions together as they find some footing in the underground hierarchy.

I’ll be paying attention to their professional output from now forward, and judging from the reception this LP is receiving, it looks like I won’t be the only fan – or critic – doing so.