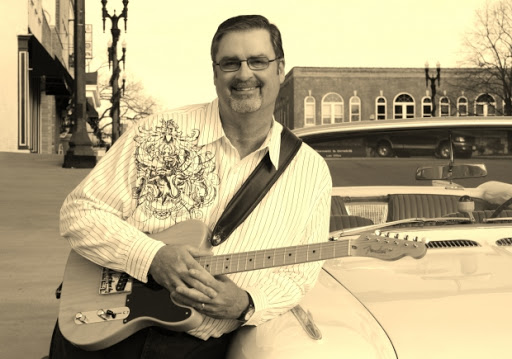 Randy Seedorff makes a valiant return to music with his newest album, Begin Again. A humble piece of bluegrass-inspired Christian valued rock, this is an album made for almost everyone even if they share a different faith. Seedorff is an accomplished musician and writer who has been in the industry for well over 30 years, and his love of music started at an early age, and that appreciation and affection for the art form has certainly imprinted his work throughout the year including this album which sounds polished and well above the mainstream industry standard. There’s something that should always be praised (no pun intended)  about any artist whose music sounds confident.

Starting with the rocking opening of “Dream”, in a lot of ways this album is just as much about Randy as it is exposing his beliefs to others in a thoughtful and empathetic way. “Dream” is of course about not being bound by what others think and really go for what makes you happy as Randy relays it in an incredible chorus as his voice croons and genuinely makes you smile given how passionate he is. It makes sense that his words carry a certain level of weight and sincerity as it should also be noted that Randy is a pastor at the Trinity Church of Nazarene in Independence, MO, and he carries those larger than life cadence with him to this album that it feels like you’re receiving a sermon, but in a private way, one between him and the listener.

The tracks “It Takes a Whole Lotta Jesus” and “I Know Who Holds Tomorrow” are perfect examples of the kind of two-hander structure that the album has. So many songs just work stacked back to back or in some cases spaced and when coming back around, makes the album feel complete. Those two aforementioned tracks mainly speaking about the strength the lord imbues in one and how even in times of uncertainty, you can know that the divine presence of God will always keep you afloat and safe. Once again, this coming from a Pastor with a clear and open heart makes all of this more impactful and might actually turn you into a believer. Some of the album highlights also include “My Maria”, a love ballad about the support one receives when you’re really going for it all in your life, and the love your ability to return back to them. The track “The Poet” might be what’s considered the biggest tonal departure with an almost Johnny Cash flavor to Seedorff’s vocal performance, and it might be jarring at first, but its the slight deviation from the other songs that help give the album a subtle amount of enough differences to allow it to feel like a distinct but surprising musical experience.

Seedorff at this point clearly knows what he’s doing and is happy to share with you what he’s learned over the years and at the end of the day, sometimes that’s what you need in these turbulent times we live in.