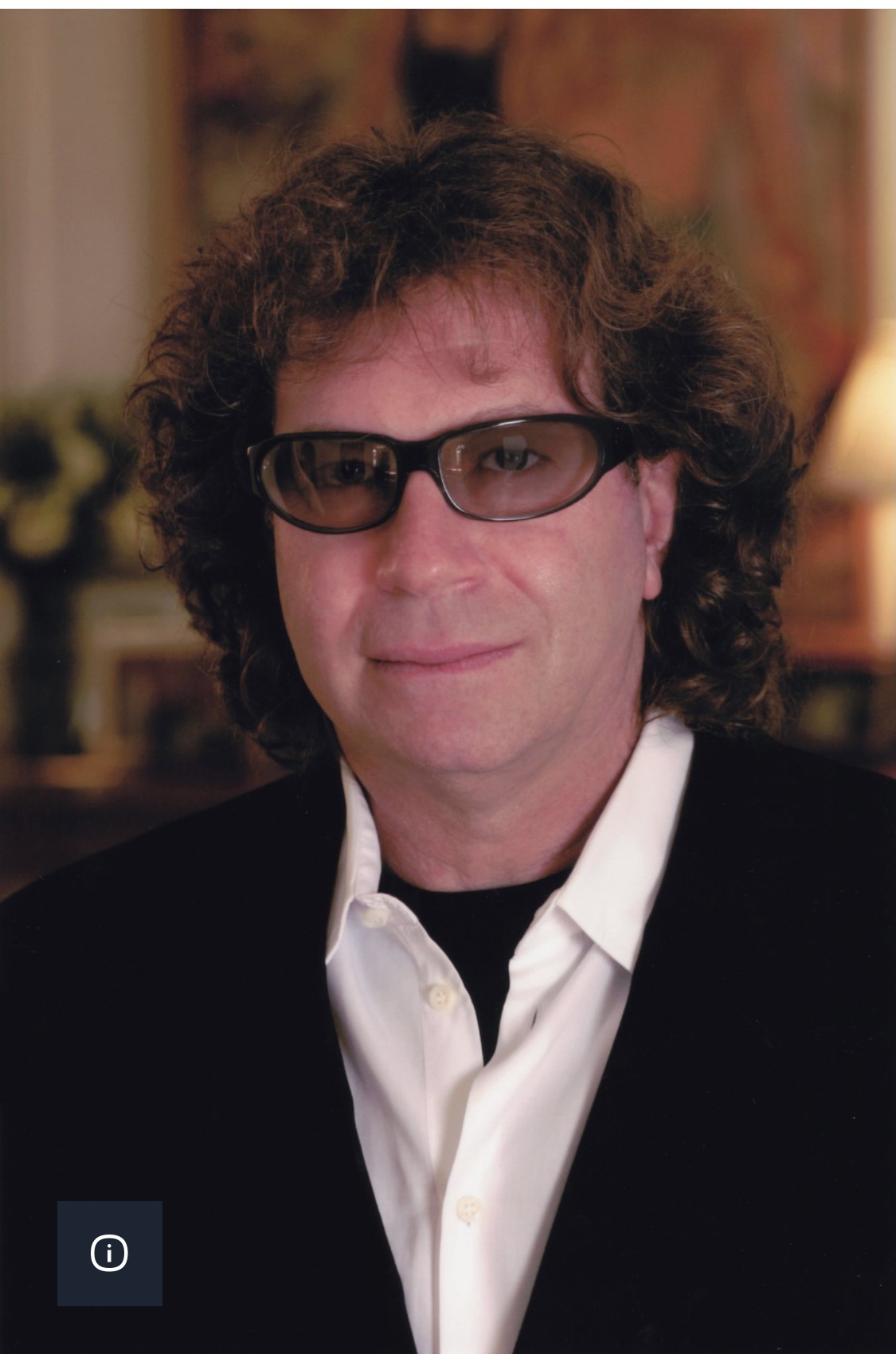 Randy Edelman “Comin’ Out the Other Side”

“The Red Death having long devastated the country. No pestilence had ever been so fatal, or was so hideous. it had come like a thief in the night. And one by one dropped the revelers in blood-bedewed halls of their revel, and died each in the despairing posture of its fall. The darkness in the key of the Red Death held illimitable domination of all”……Edgar Allan Poe

Grand composer, producer and musician recognized for creating the soundtracks for some of the greatest films, television shows and sports events, Randy Edelman is set to release an anthemic song of hope and inspiration via Tribeca Records, a SohoJohnny Enterprise, titled  “Comin’ Out the Other Side.” The song promotes an epidemic of joy and happiness as a grand finale to a time best forgotten….

Still it became one of the most creative periods in history for artists and because of it many pandemic songs of desperation were penned. However, one highly spirited, anthemic brilliance was written and orchestrated by global phenomena Randy Edelman and entitled “Comin’ Out the Other Side.” The lyrics are aligned like a rope to cling to and the certainties that had been stripped away were now replaced. On the edge of a truly great happiness, Edelman’s song provides us with the hope of a future that smiles and opens up its arms.

Randy Edelman is responsible for creating the soundtracks to legendary films including: “27 Dresses”, “While You Were Sleeping”,  “The Last of the Mohicans”, “ Kindergarten Cop”, “Dragonheart”, “XXX”, “Twins”, “My Cousin Vinny”, “The Mask”, “Beethoven”, “ Dragon: The Bruce Lee Story”, “Anaconda”, “Mummy 3”, “Ghost Busters 2”, “Gettysburg”, “Billy Madison”, “Leap Year”, “ The Whole Nine Yards”, and an endless array of others. Some of the Television shows and series he scored include: “MacGyver”, “Mr. Sunshine”, “Backdraft 2” for Netflix, and “Citizen X” for HBO. These are just touches upon his credits. He also created the music for “Dare Mighty Things” for NASA’s final Shuttle launch, “Wimbledon, Grand Slam Tennis Series” for ESPN, “ESPN Sports Century”, and even the NBC “Olympic Opening.”

The artists who have covered Randy’s original songs include: Barry Manilow,  “Weekend in New England”, The Carpenters, “I Can’t Make Music”, Nelly, “My Place”, Willy Nelson, “Down in the Everglades”, Patti LaBelle, ”Isn’t it a Shame”, Olivia Newton John, “If Love is Real”, Blood, Sweat and Tears, “Blue Street, Royal Philharmonic, “Grey”, and once again another limitless list. Randy has also opened for artists such as Frank Zappa, and The Carpenters. He has received some of the most prestigious awards including BMI Top Grossing Film Awards, an Emmy, a Golden Globe nomination a Los Angeles film Awards for Best Score, BMI Top TV Series, Honorary Doctorate of Fine Arts, as well as many others.

Under Tribeca Records and SohoJohnny’s elite team, it only seems fitting with a career challenging the longevity of the Queen of England, that Randy Edelman lead us out of the darkness and inspire us to “Comin’ Out  the Other Side.”

How did you come to write “Comin’ Out On The Other Side?”

I woke up during the night and I started thinking about the fact that when they say it’s ok it would be great to get out of the house ….and that’s how it started. Then I wrote the lyrics to it. It’s about how much fun it’s going to be when we’re all let out.

How did Covid affect your career if it did at all. Some artists say it was the most creative time for them ever….

It didn’t really affect me because whatever it is that I was doing I would’ve been doing anyway. If I say I’ve been working on my musicals, I’m working on that. They asked me to put together many years later my old score from Ghostbusters 2. I wrote some songs, I’m scoring a movie of which I don’t like to talk about any of my scores before they come out. I wasn’t particularly affected, but if you’re talking creative wise for me that really wasn’t the case. I wasn’t going to London to write the scores because I wasn’t allowed to, but creatively I was still moving on with whatever I was doing. Whatever I was doing I could be right here.

You’ve been in the music business a long time and it’s changed considerably….

I was a classical musician when I was a kid. I was a musician when I was very young and I started out on Broadway and conducted for well-known figures. I started writing songs because I was out on the road and I had nothing to do during the day. The music business changed because people selling records were not music publishers going around looking for songs. 90% of the records were from artists like the Beatles, James Taylor, Bob Dylan or Elton John. But this changed and really the most important recording artists wrote their own stuff. If you wanted to write songs, you needed to have a big market to go to. So, people like me who could barely carry a tune were forced to do their own thing because it was hard to get songs recorded. I was never going to be a songwriter or an artist or anything like that. I had no idea that it would go on for such a long time. I was basically a serious-minded composer, arranger and conductor. But I was very young, and I always loved pop music. Then along the way I started doing other things that I was musically interested in. I fell into the songwriter/artist thing even though I was classically trained and already working with Dionne Warwick and on Broadway. I had already started working but I was still a kid. When I went to Las Vegas, you were supposed to be 21 in order to conduct and I had to get special permission. So, I fell into the singer songwriter thing because at the time that’s what was happening. When I signed my first record contract, I figured I’d probably never be doing that again. But I was an odd case. Even if I didn’t have hits people recorded my songs. Then I went to England and all of a sudden I had these very big hit singles. So, I became a different animal over there. I continued this thing until eight albums later and nobody gets to do eight albums. Nobody gets to do that in the United States and well I hold the record. I was an opening act and doing concerts. But in the meantime, I was always dabbling because I was always interested in other musical ventures before the change happened when I started scoring films.

Randy have you had your ultimate stage fantasy?

I did many times. For instance, when I did my first album at the time if you were a songwriter you had to see who was recording records, outside material. There were a couple of people and one of them was The Carpenters. So guess what?  They heard my album and not only recorded my stuff but took me out as they’re opening act and we’re talking about places like Madison Square Garden. That was my first concert. So suddenly someone who had been singing in the shower becomes the opening act for The Carpenters. There’s an experience right there, I mean holy shit that’s like a fantasy. I’ve had all kinds of things like that happen to me as far as conducting orchestras, The London Symphony, and The New York Philharmonic. The Carpenters were kids like myself. They were innocent even though they were traveling in their own private jet. It was only the pilot, me and them. The rest of the people were in another jet. I couldn’t believe that this was happening. I was playing the only 10 songs I knew in front of stadiums and universities.

We did the first three concerts and then I got a call. We were down south and I get a call in the afternoon while I was still kind of freaked out about the whole thing. I was informed that my next concert was a week from that day. They informed me that they had someone else who wanted me to open for them….Guess who it was?  Frank Zappa! Now how could you go from the whitest of white innocence of The Carpenters to Frank Zappa? It was at a place called the Phoenix Celebrity Theater that had a revolving stage. For the first concert I went out there and it’s surrounded by a completely different audience than The Carpenters. I walk out and people are screaming “get off the stage.” I sat down at the piano and I’m surrounded by these huge speakers and all this equipment and I start my “act.” It was pretty noisy in there and people weren’t exactly listening. I was looking at my watch because I had 45 minutes. Well I didn’t know that the stage was revolving because I never looked up. It was revolving so slow that you literally couldn’t feel anything moving. I was at the piano trying to get through the fucking thing. When I got done with the show I stood up and turned around and I went to walk off through the backstage the way I walked on. But guess what, the piano wasn’t there. It was somewhere else. I walked off and all of a sudden I’m looking for the place but there was no place. The audience knew it, they could tell what had happened. So I jumped off the revolving stage into the aisle and I went and got a hotdog. Everybody was screaming and laughing….

What a great story.

I have a million stories about the films with people like Ron Howard, Alan Parker, Michael Mann and Rob Cohen. The list goes on for all the different kinds of films. It was a while though before I started doing films like Kindergarten Cop, Twins, and that kind of stuff. Luckily, I look younger than my age so when I started doing films I was like the new kid on the block. People on the record side of it knew me but not film directors. So it’s been interesting. But it’s all related to writing music. That’s what I love to do since I was a kid and that’s my story.

The official website for Randy Edelman may be found at https://randyedelman.com/