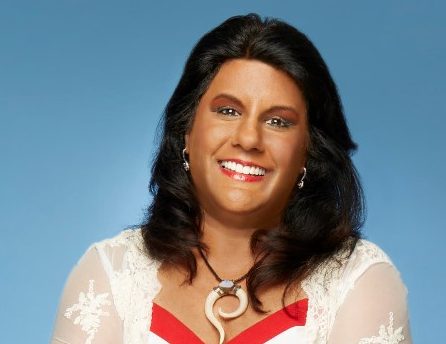 Imagine being lost, alone and homeless, stripped of confidence, deprived of the proper food and nutrition required to be healthy and all of the essentials that make us feel human. 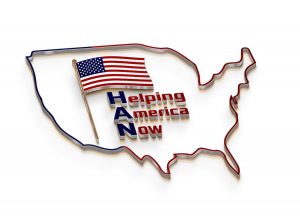 “Helping America Now” (HAN), is a non-profit organization created by Raji Rykert to address some of the needs of homeless veterans and mentally disabled adults. HAN contracts with a housing vendor to ensure recipients live in a safe, comfortable environment where nutritious meals are served. While the housing is contracted out, the scholarships that assist with vocational or educational training assist recipients achieve additional stability.

Scholarships are issued to U.S. based individuals who desire to take their life back. HAN’s approach to helping their target audience ensures that people not only receive physical nourishment for their bodies but also empowerment that sustains the soul and helps them feel supported.

I spoke to Raji and she explained HAN in her own words, how and why it began and the help that is still so desperately needed… 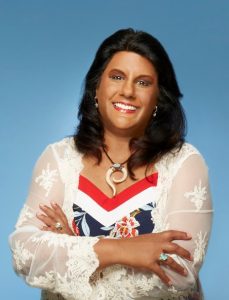 How did HAN evolve?

I was speaking with a homeless veteran who was being temporarily housed and he described that the agency he was working with would only pay to cover his immediate housing need. He explained that he was given an ultimatum for financial help, the agency would either pay for his car repairs or pay for his housing but they would not do both. I couldn’t believe it! I asked the veteran what he was going to do and he said he didn’t want to be homeless but without a car to get around, he would not be able to go back to school or look for a job. Luckily, there was a local car repair shop that is owned by a veteran. The shop owner offered to fix the car and allow for installment payments to be made. All of this made me wonder out loud how these formerly homeless people could transition into a normal life when they had to make difficult choices like the one I described.

More fuel was added to the proverbial fire when I encountered a lovely mentally disabled woman who desperately wanted to work part time. She handed out many resumes but no one would hire her because of the stigmas that are associated with being mentally ill. Despite her ability to function at sometimes very high levels including driving a car, she was not successful in her job search. Eventually, she ended up volunteering for a nearby hospital but it was frustrating for her because all she wanted was to earn a little extra income to pay for the extras her normal fixed income wouldn’t allow for.

I’m sure I could recommend many people…

I have been amazed at how many people can identify with the scenarios I’ve described. They or someone they know have had a similar experiences. I have had people come up and thank me for drawing attention to the plight of these individuals. As we have more funds to work with, I look forward to expanding our scope of influence. Our goal is to help as many people as possible who qualify for the criteria laid out on the scholarship page on our website http://www.helpingamericanow.org.

The reality of being able to only help a few people at a time does not deter me at all because I have seen the difference it makes. One mentally ill woman, a recipient of a housing scholarship, had several complex medical issues that added to her misery. However, after one year, she lost nearly 40 pounds, got off of multiple medications and was able to stabilize enough that she is looking for part time work. She was able to overcome some large obstacles and take her health back.

What are these scholarships about?

If someone wants to donate to a specific scholarship or the general fund, I say “go for it”! The scholarships are named after people who were influencers and leaders within their given areas of expertise or, at the very least, they were (or are) dearly loved by many. Their names have been forever memorialized through the scholarships named after them.

For example, if there was an Eileen scholarship, you Eileen would be able to have a say-so in who should receive the scholarship which bears your name. Since it’s you, perhaps the criteria for an educational scholarship would be that the applicant would have to study Public Relations. If you were not alive, then your heirs or those closest to you would be able to offer input. We would determine the person’s need, calculate how much is in the specific scholarship fund and pay the vendor or the educational institution. We would then send a congratulatory letter informing the recipient of how much was awarded and the details of the payout.

So it is a really meaningful way to make a difference. Currently, we are operating on a small level but it has made a huge difference to the people that we have reached out to or helped.

You could even launch this on a bigger scale I think.

We could because it’s not limited to one particular area. The needs are always bigger than what the resources can be sometimes so I am also researching and applying for different grants. Grant dollars are available to non-profits so I’m definitely doing that.

I have always embraced a life of service, it’s very important to me to give back and help others be their best self. One idea that I had was inspired by a YouTube video where a family owned coffee shop and restaurant only hired mentally disabled people to work there. At the moment, Shari and me (when I say Shari, I’m talking about Shari Belafonte), are looking into some commercial real estate to set up something similar. It’s a place where our veterans and mentally handicapped adults can work or hang out. It’s way better than adult day care!

This is about giving people who ordinarily would not have opportunities, the opportunity to do something, be something and do things just like the rest of us do. There are a lot of programs out there but some of them create dependency. We want to be different by helping people achieve independence. It goes back to that “E” word again…”empowerment”! So that’s the trajectory that I’m on, getting the word out there is a big part of it. As this nonprofit is launched and funded, we will be able to reach even more people.

Watch founder Raji Rykert talk about the vision of Helping America Now and how the organization helps bring new life and purpose to those in need.

If you would like to donate and help our veterans and mentally disabled individuals, go to
https://helpingamericanow.org