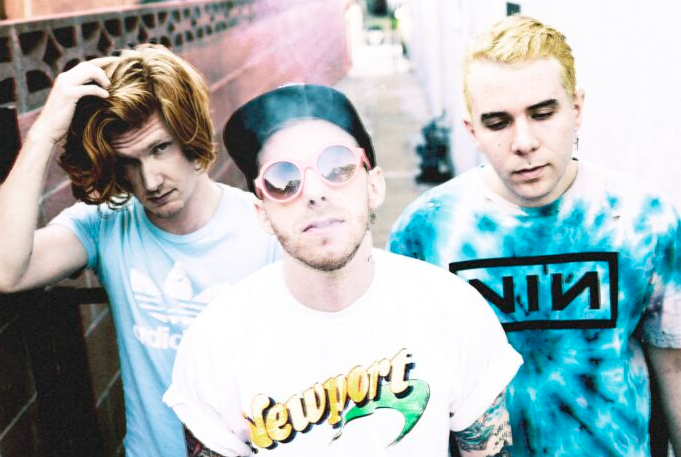 There’s no need to argue or debate this fact – the southern Californian music scene is by far the most competitive and productive of any on the entire planet, and those who are able to conquer its underground mountain of talent frequently wind up becoming some of the more influential acts in all of the western world. Though it’s fair to say that Rad Horror haven’t reached the peak just yet, they’re working as hard as any young band in L.A. could this fall to make their mark, starting with the release of the all-new single and music video “Everybody But Myself.” Here, spacy sonic grooves are joined with softer harmonies than I had originally expected to encounter, producing one of the more relaxing and provocative compositional juxtapositions I’ve reviewed recently.

The swagger that makes “Everybody But Myself” such a fun listen time and time again isn’t rendered from the sparks the vocal generates with the background music alone; honestly, there’s a lot of confidence behind the prowess of every element in this song, which is part of the reason why it starts to feel overwhelming in certain spots where the band is really clicking together. When Rad Horror find the right beat to flow with, they’re capable of drowning us in the aesthetically-pleasing blush of their melodies, all the while steering clear of the bloated, bass-heavy synthetics that have started to become one of the more standard features in all of American pop/rock. This group has no time for that nonsense, and it’s why their sound is so attractive in this recording.

Now, on the production side of things, it’s a slightly different story – though just as compelling a sound, of course. I really love the overstated gloss on the percussion, and because of the moderation with which the beats are spread out in the backend of the mix, it actually yields some artistic irony that doesn’t go uncoupled with the lyrical theme. It takes almost nothing to construct and hook and think up a couple of good rhymes, especially if you’ve got a basic education and access to a computer, but in order to layer something together with as sophisticated a touch as Rad Horror does in “Everybody But Myself,” you have to be a lot more invested in your work than the average artist has to be.

Poetic in more ways than one, the single and music video for “Everybody But Myself” are a hot combo for indie fans around the globe this fall, and I don’t think I’m going to be the only critic to tell you so. There’s no place for unmotivated players in SoCal, and specifically the Los Angeles circuit, and if Rad Horror have their way, the standards of the entire scene that birthed their sound, identity and story are going to be raised significantly as they find some success on the FM end of the dial. It’s hard not to praise this most recent effort as their best so far, and I think all of their longtime followers are going to agree.