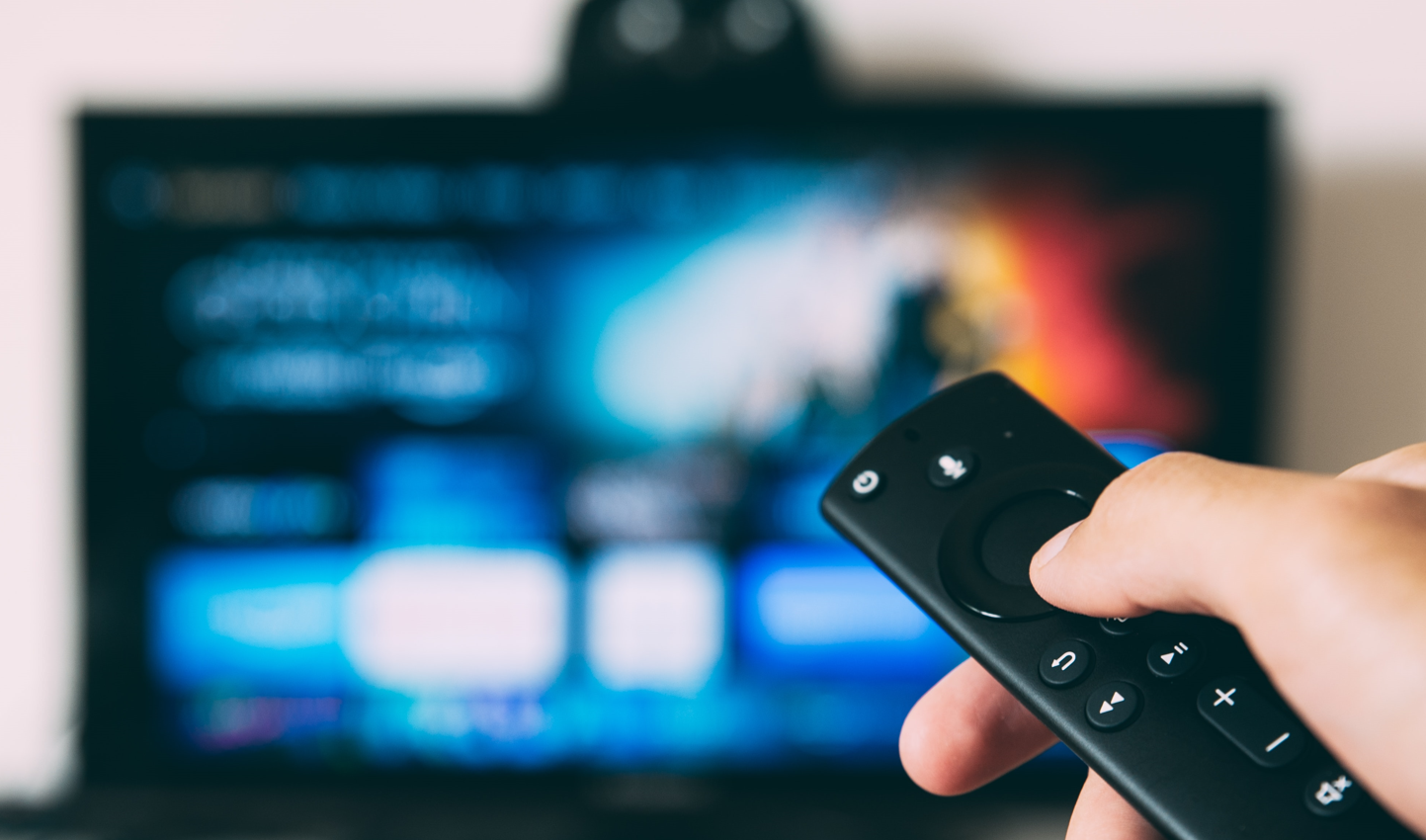 QALBOX Making The Difference of Creating Content For The Muslim World

This week, Hollywood Digest spoke exclusively with Nik Emir Din. Nik is the Co-CEO of Bitsmedia, a Singapore-based tech company behind the world’s most popular Muslim lifestyle app MuslimPro, which boasts over 130 million downloads.

Nik recently helped to launch Qalbox, an inclusive Muslim-centric lifestyle streaming service which advocates for positive Muslim representation in the media. Qalbox will become the first-ever streaming platform catered for the Muslim world and will aim to celebrate the diverse landscape of Muslim identity and life.

Prior to joining Bitsmedia, Nik had an illustrious career in the investment and finance sectors. He is also an advocate for digital technologies and their role in empowering communities and transforming individual lives by unlocking capabilities and providing access to more opportunities.

Nik is the Co-CEO of Bitsmedia alongside Fara Abdullah.

What makes the newly launched streaming service, Qalbox, different from other mainstream entertainment and lifestyle platforms?

Our founding ambition and vision for Qalbox is to put out a streaming service that transcends cultural and geographical boundaries. This is achieved by telling incredible stories through a Muslim lens. With Qalbox, we advocate for positive Muslim representation in the media celebrating the diverse Muslim identities that makes us who we are.

While Muslims are beginning to appear in more mainstream productions – think of Ms. Marvel – their stories remain largely untold. For example, although Muslims constitute almost a quarter of the global population, a study by the USC Annenberg inclusion initiative found that Muslim characters are represented in less than 2% of leading American films.

Qalbox will be a ground-breaking new stop in the journey for our global Muslim community to be recognized and celebrated. Our goal is to be the entertainment platform that hosts narratives that resonate with Muslims without undermining the beliefs and religious commitments that bind them together as a community.

Through this platform, we will shatter the conventional stereotypes and allow Muslims to embrace their identities – offering a fresh perspective to better understand the nuances of Muslim life – something still missing in mainstream entertainment platforms.

Qalbox will offer a plethora of movies, television series, and documentaries which portray Muslim characters, experiences, and stories. Some of the most prominent names and titles include stand-up comedian Maz Jobrani, a Canadian sitcom – Little Mosque on the Prairie, and the Emmy nominated Pakistani children’s animation series, Burka Avenger.

Muslim Pro has boomed in recent years to reach over 130 million downloads. In what ways is the launch of Qalbox a natural progression for Muslim Pro, and how will its users be incorporated into Qalbox?

With Muslim Pro, we have successfully demonstrated how technology and faith can be natural partners to benefit and enhance the lives of Muslims wherever they are. For us, representing and empowering the Muslim community through accessible digital tools is our number one priority – our founding ambition inspired by our commitment to give back to our community.

Being the curators of the world’s largest Muslim lifestyle app with more than 130 million downloads, it is our prime responsibility to reconnect our users to their values, identity, and heritage.

Qalbox will provide our users with a library of content that is important and beneficial to them – something they can incorporate into their everyday lives. For me and my team, Qalbox is indeed a natural progression of expanding and growing our app to development more beneficial features that enhances the daily lives of the global Muslim community, and to materialize our vision of building a digital home for all things Muslim.

What inspired you to launch Qalbox as an inclusive Muslim-centric lifestyle streaming service. In what ways will its content reflect the overlooked Muslim narratives and stories? Why is this important?

I believe a lot more needs to be done accurately represent the global Muslim community, their experiences, stories, and realities. Sadly, our characters and stories have been shunned for decades.

Despite some of the global SVOD platforms introducing a range of diverse and compelling Muslim characters, there is still more work to be done. Muslims are one of the most racially and ethnically diverse religious groups, yet they still lack accurate and nuanced on screen representation.

This is where Qalbox comes in. Qalbox will be the streaming service that advocates and champions inclusivity and authentic representation of Muslim characters; not reduced to political, religious, and cultural renderings. Qalbox will give Muslims the opportunity to tell their stories and develop their storylines to officially counter misrepresentation as well as harmful stereotypes, something which remains increasingly important for healing the divisions present in our world.

Some streaming services are losing subscribers due to an upsurge in its membership charges. Tell us how you will focus more on people rather than profits and what strategies will be employed to make Qalbox affordable for all?

Qalbox is still new unlike other platforms, so we have a great opportunity to personalize and tailor the viewing experience for our own specific community. With Muslim Pro, we have always put our users at the heart of everything we do. We listen to them, understand their needs, and wants, and develop products and features around them and this will continue with Qalbox.

Through Qalbox, we aim to bring Muslim voices and perspectives into all kinds of conversations. We are under no pressure to compete against others, and it’s more about delivering a great service to our users whilst allowing them to access content that resonates with their own interests and needs.

Qalbox will offer all types of Muslims friendly entertainment content, including comedy shows, documentaries, animation series, scripted programs, and Quranic recitations, at affordable rates depending on the market. Moreover, free trails will be offered to selected users, based on their subscription plans. This is part and parcel of our plan to make Qalbox accessible to as many people as we can.

In recent times, there has been a surge in Muslim-centric entertainment and lifestyle offerings, such as the latest Marvel series that successfully garnered media attention across the globe for its genuineness and authenticity. How will Qalbox maintain tis uniqueness and originality amid such intense competition?

I applaud and welcome this surge in Muslim-centric entertainment and lifestyle offerings. It is high time that Muslims get recognized and celebrated in the media alongside others. However, the real question is: are these characters, stories, and themes relevant to the diverse global Muslim audience and are they merely token pieces? Is there enough content out there to counter the historic misrepresentation? I am happy that entertainment providers are exploring other communities and cultures, but there is a long way to go.

The beauty of Qalbox is that it allows cross-cultural market awareness. Through Qalbox, titles are accessible in regions where they had previously been unavailable. For instance, while known Canadian sitcoms such as ‘Little Mosque on the Prairie’ add nostalgia o the Western Hemisphere region, they are new to the APAC. In contrast, acclaimed films like Cinta Laki-Laki Biasa (Loving An Average Man) and the Emmy-nominated children’s animation series Burka Avenger, are well-known in Southeast Asian and South Asian markets respectively, yet new to Western audiences. I believe there is a vast potential for growth in the Muslim entertainment space.

Qalbox will not only allow global Muslim community to embrace their various Muslim identities but bridge our varied cultures as well. There is still a lot to do to explore the uniqueness of difference Muslim communities and cultures and even for us it will be a challenging and learning experience. But it is one we are prepared and excited to take on.

Where do you see Qalbox in the next five years? How do you plan on expanding its reach and scope for content?

For me, Qalbox will become a household name among Muslim communities worldwide in the next five years. I have the highest hopes that the Muslims tech and entertainment industry will expand leaps and bounds as more creative and tenacious Muslim artists as well as filmmakers discover Qalbox and recognize it as a place to showcase their art and talents.

Qalbox will play an instrumental role in breaking down the conventional narratives and stereotypes that have stinted Muslim stories and experiences for a while now. Through our original and remarkable streaming content, I hope we will succeed in elevating Muslim voices and perspectives as well as celebrating the diversity of the global Muslim community, especially in arts, entertainment, and culture.

To ensure that Muslims are represented appropriately and all-encompassing, we have engaged a list of international content distributors such as Expresso Media (UK), Autentic (Germany), Westwind Releasing (Canada), Lucky You (France), Pixel Play (Malaysia) – just to name a few, for a rich variety of titles.

Tell us more about the content partnership with renowned distributors, including Autentic and Lucky You? Any collaborative projects that your users can really look forward to?

We are excited about our content partnership with Autentic and Lucky You, who are known for producing original and authentic documentaries and series – showcasing the lived realities and intimate stories and experiences of minority groups in different parts of the world.

Authentic focuses on high-quality documentaries for the German and international market. Lucky You, on the other hand, has an extensive line-up of high-quality series and documentary programs in various genres, including art, wildlife, adventure, and discovery. Like Qalbox, both these platforms voice the diverse stories, experiences, and narratives that unite all cultures, religions, and ethnicities – regardless of their differences.

Our users can specifically look forward to “A Goal for Freedom – Women’s Football in Kabul”, a true story that epitomizes courage, hope and self-determination among young Muslim women fighting discrimination and hostility, as well as “Tehran Stories”, which portrays the day-to-day challenges encountered by minority groups across the Muslim World.

Bitsmedia have successfully shattered the stereotypical notions revolving around the limited role of women front-runners in the tech world. What would you like to say about that – what does it mean to have a Muslim woman CEO by your side and in the tech world?

Let’s face it, the tech industry still has a long way to go to ensure gender diversity and workplace equality. After all, women constitute only around 24% of the workforce in “Big Tech” (which includes Amazon, Google, Facebook, Microsoft, and Apple). It is a tough road ahead, but we must strive for a safe and inclusive work environment which provides a pathway for greater success.

I am honored to be working with Fara Abdullah as Co-CEOs of Bitsmedia. With her visibility and contributions as a global tech leader, I hope she can inspire other Muslim women to enter the tech space and aspire to be future leaders and gamechangers. It is empowering to already see Muslim women break the glass ceiling and make a mark in an arena historically dominated by men.

Finally, we must always start by focusing inwards and today our workforce consists of 45% women and people from 12 nationalities – statistics we are proud of. We come together for a common purpose: crating a global platform that serves the lifestyle needs of the Muslim community while promoting inclusivity internally. Fara and I believe that a diverse workforce is a key to our future success, and we will continue to invest in it.