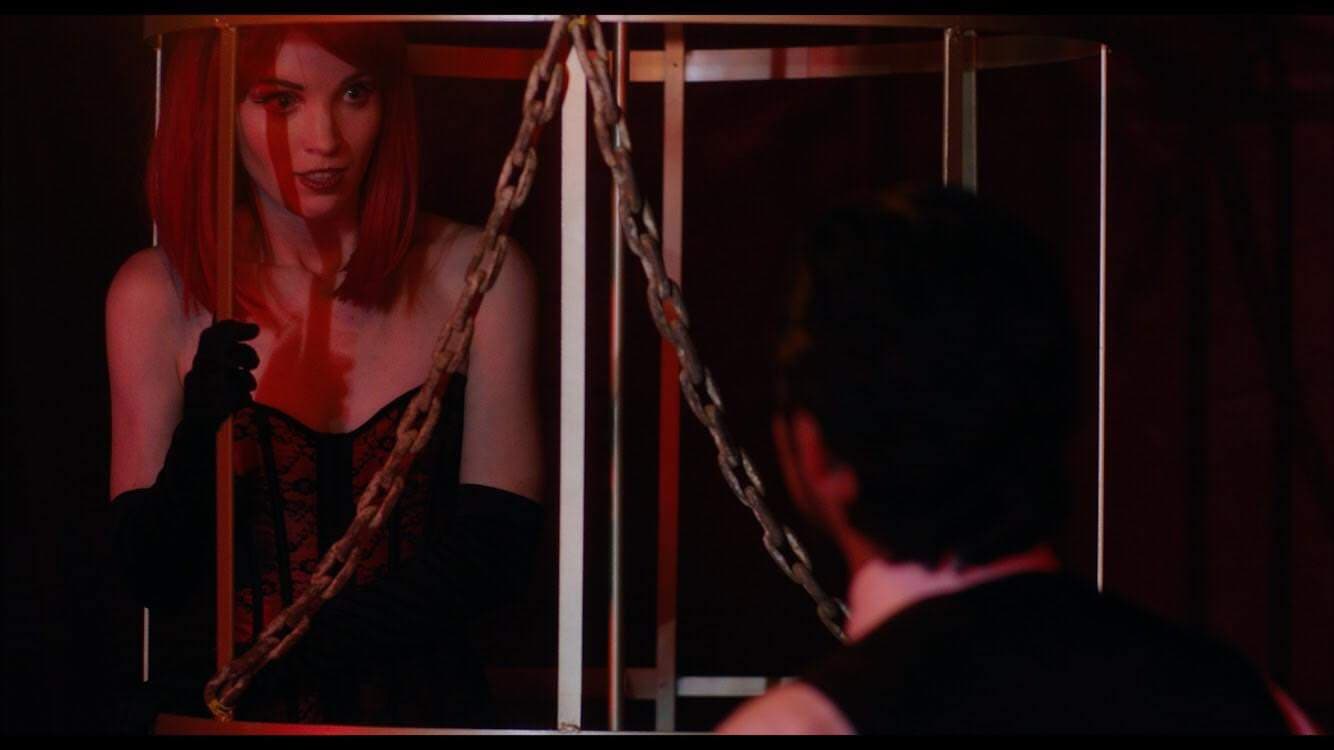 Director and screenwriter Arthur G. Reyes’ 2020 horror movie Psychopomp may not be a film with an A-list budget, but it doesn’t lack passion and skill. This movie is the first credit for Reyes as director and writer and a product of his company Shadow Lake Entertainment. Reyes aims this film towards the independent market and aspires to produce top notch micro budget films relying on collaboration and imagination to make an impact on viewers. Shadow Lake plans branching into other areas such as podcasts and more. Chie There are many movies throughout history helmed by a variety of filmmakers who have proven, beyond any doubt, that limited budgets do not necessarily dictate a movie will be subpar. Psychopomp illustrates this as well – Reyes and his well-chosen cast succeed in creating a memorable cinematic experience without breaking the bank.

You might expect a cast of newcomers to film to blunder, exhibit inconsistencies, or achieve uneven effects. Psychopomp doesn’t suffer from such deficiencies. Reyes’ direction is confident throughout the entirety of the film and the cast navigates their way through Reyes’ plot in a believable yet dramatic manner. The plot is relatively straight-forward. It concerns Archie Finch’s life following a strange accident affecting his memory. He makes contact via his television with some sort of supernatural force who exerts a greater and greater hold over Finch’s life.

Despite the limited budget, Psychopomp’s special effects are far from laughable. It isn’t what the film relies on, however, and it can be argued that constrained financial resources help the movie. There’s far more emphasis on developing characters, genuine tension and fear, and the storyline than leaning on visual effects to shore up weak points in the story. The film, likewise, has an evocative look and many of the colors practically throb. Reyes’ visual sense creates a near claustrophobic atmosphere without ever seem garish.

Many longtime fans of horror movies will enjoy Psychopomp. There are heart racing thrills built into the movie and Reyes’ directorial efforts and writing alike bring us into the action without much delay. The climax will hold your attention, without question, and Reyes orchestrates the film towards its conclusion with a sense of inevitability that keeps you watching.

It has been a good era for horror films. When social unrest plagues our daily lives, when the line between haves and have-nots is starker than ever before, horror movies flourish as a release from the anxieties accompanying our lives. Arthur Reyes’ Psychopomp is entertaining, doesn’t strain the viewers attention, and benefits from an overall cast performance and strong script. It likewise honors many time-tested elements of the genre and ranks among the best horror efforts in recent years.

Indie filmmaking challenges viewers every bit as much, if not moreso, than many of front line major studio releases. It is as important as ever that true movie lovers support such efforts as a pushback against the sequel-oriented assembly line mentality long dominating A-list studios. Whether it is a “genre” picture or not, movies such as Psychopomp occupy an important place in the modern film world.