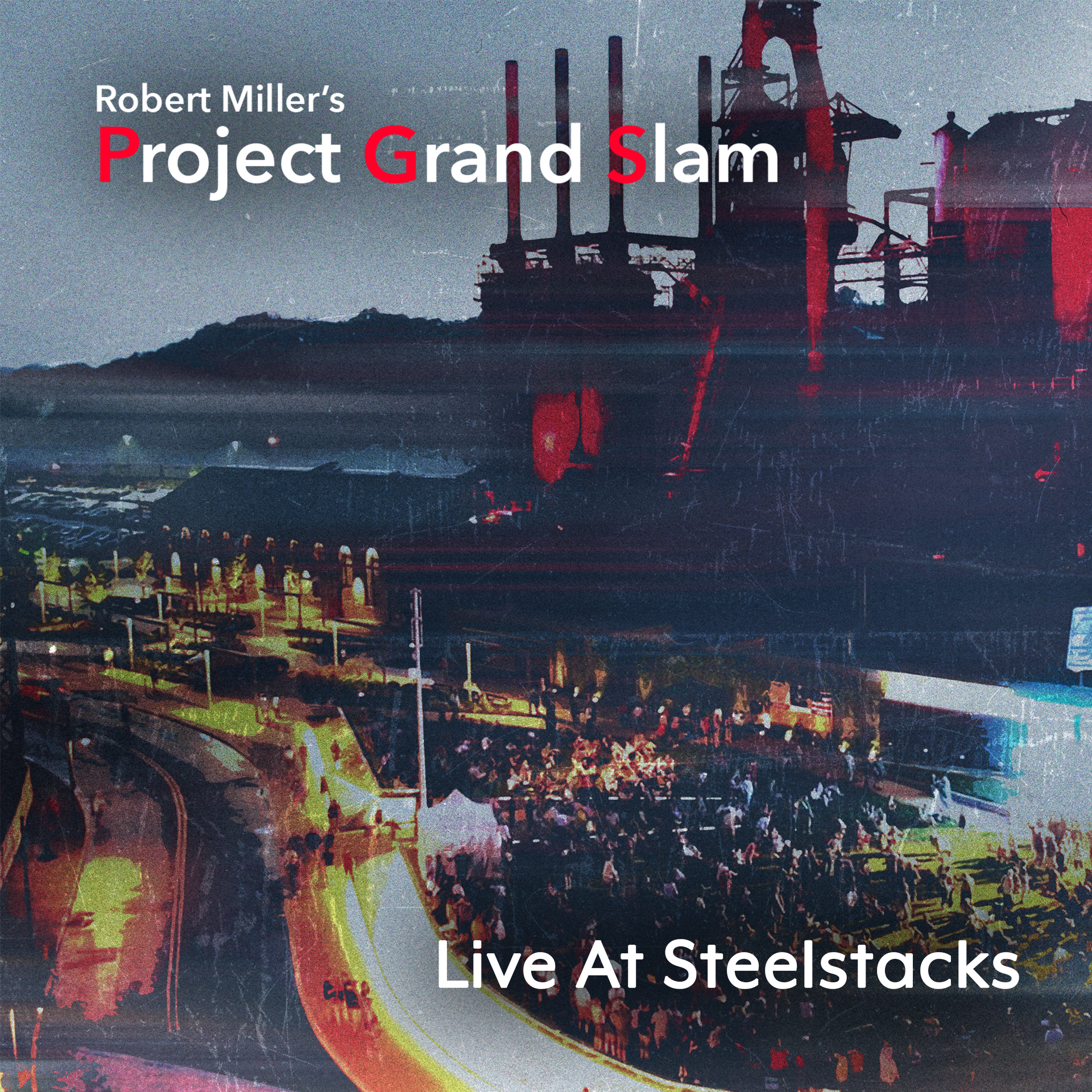 Project Grand Slam is, for me, a band that covers all the bases. Bassist and band leader Robert Miller formed the band more than a few years ago as a sort of cross-section of musical influences coalescing into a synthesis he could call his own. They succeeded in short order. The New York City area’s latest release is a live EP entitled Live at SteelStacks. The Bethlehem, Pennsylvania venue has become one of the region’s most popular concert stops in recent years and Project Grand Slam’s appearance stands tall among the other bands gracing its stage.

They open with the surging horn-driven rock of “Redemption Road”. Vocalist Marilyn Castillo has a powerhouse voice that grabs listeners by the heart from the first.  Tristan Clark’s guitar is especially crucial at the song’s opening, it helps set an even more forceful tone for what follows, but his playing is superb from beginning to end. For many listeners, however, it will be the song’s central melody, simple but direct, and the added verve from Alex Blade Silver’s saxophone, that leads the way.

“Aches and Pains” has an evocative bass line running through the track. Miller laces it with light wah-wah and his interplay establishing the song’s groove with drummer Joel Mateo unlocks everything in its wake. Miller takes the lead vocal for this track with Castillo supplying occasional backing vocals; some people will like that, some won’t. Tristan Clark deserves notice again for the bluesy bite he brings to some key portions of the song. “The One I’m Not Supposed to See” isn’t nearly as light-hearted as its predecessor.

It’s nonetheless every bit as stylish. Miller’s bass fills are prominent, but never self-indulgent. Mateo lays down another authoritative groove and Alex Blade Silver’s sax, on fire throughout this recording, practically acts as Castillo’s vocal duet partner. This is a great live vehicle that’s intended to give each member of the band a chance to dazzle the audience with their playing. It’s often a recipe for disaster, but there isn’t a second of self-indulgence in “The One I’m Not Supposed to See”.

“Yeah, Yeah”, the EP’s finale, feels almost anti-climactic in comparison. It’s not fair. “Yeah, Yeah” is one Project Grand Slam’s better songs, without question, and has every ounce of the inventiveness as its predecessor. It unfolds in a different fashion, of course. The closer doesn’t have nearly the same stride heard in the aforementioned cut. It does, however, possess an arguable edge in textual value. It feels different and moves listeners in a different way.

It is one of the secrets to what makes Project Grand Slam such a great band you can keep coming back to. No two songs sound exactly the same, but they do, as their songs have an unmistakable and, once you’ve heard them, unforgettable identity. It isn’t any one thing either. It is the sum of its part. Project Grand Slam’s latest release Live at SteelStacks is an EP, but it packs the punch of full length release.