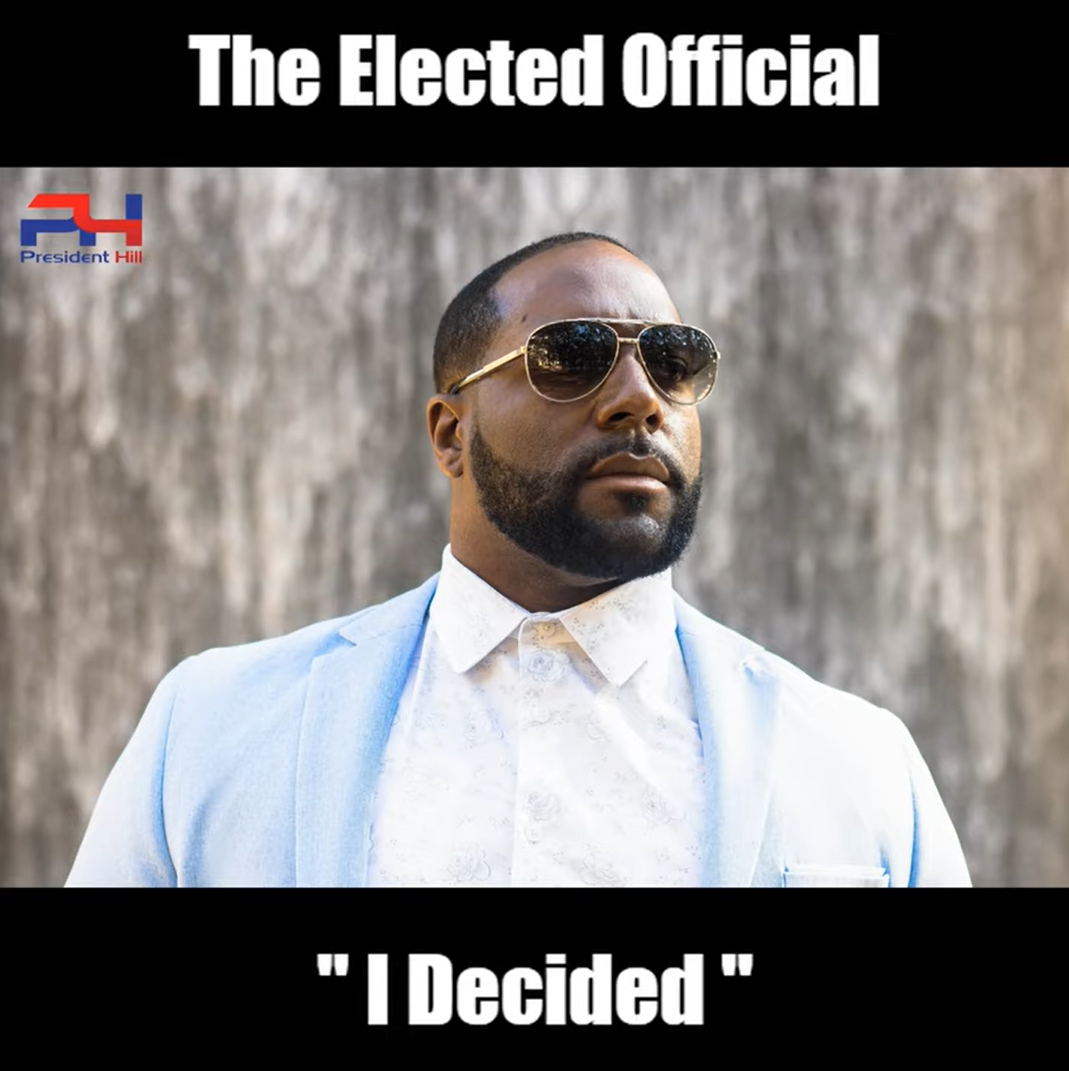 Even if you take away the substance of what President Hill is singing about in the new single “I Decided,” there’s still a lot of poetic value to the vocal he’s putting up in this track, arguably as much as one would expect from any intriguing pop track. President Hill isn’t just using linguistics to lash us with emotionality; he’s utilizing the very tone of his voice, as well as the way it interacts with everything in the background here, to define the soul of this single, rejecting the notion of breaking down a verse with anything less than every part of his being. The arrangement might be a simple one, but this song is definitely not a product of the singularity in mainstream music today.

These verses don’t just glide atop the groove – they grip the melody wholeheartedly, pulling us into the beat as well as shaping its passionate subtext with straightforward statements. I don’t usually go for something as cut and dry as what we’re getting from “I Decided,” but it’s quite honestly the charm of President Hill’s presence in this track that made it a bit more appealing to my sensibilities. He’s not being overly sophisticated with the presentation, instead choosing to add to the depth of his performance with more artistic adornments that a lot of his rivals would rather leave on the sidelines altogether, and as I view this single, I think this feature makes it an especially provocative listen for the more discerning audiences among us.

You can tell that President Hill is dedicated to this medium just by listening to how relaxed he is in the booth here, and I doubt I’m going to be the only critic who notes as much when reviewing “I Decided.” He doesn’t sound like he’s urgently attacking the beat because he really doesn’t need to – the instrumental backing is strong enough to carry the hook, leaving his role to be that of carving through the beat to make an accessible narrative with his vocal and the words it conveys. The less fat on a piece like this the better, and overall I think we can be confident in this artist to stick with his anti-frills model for the foreseeable future.

Simplicity is where the story of pop’s most successful icons always begins, and without sacrificing even the slightest bit of quality, President Hill shows us that you can be efficient and be an amazing pop songwriter and performer if you’re truly meant to be one. “I Decided” has elements that will appeal to fans of pop, progressive R&B, moderate hip-hop, and melodic music of all kinds this March, and although it’s one of many new tracks of its kind to be worthy of the hype it’s getting online, I don’t know that there are many players of President Hill’s caliber floating around in his scene at the moment. He’s one of a kind, and this is exactly the kind of release that proves that without a doubt.

The music of President Hill has been heard all over the world in partnership with the radio plugging services offered by Musik and Film Radio Promotions Division.  Learn more https://musikandfilm.com