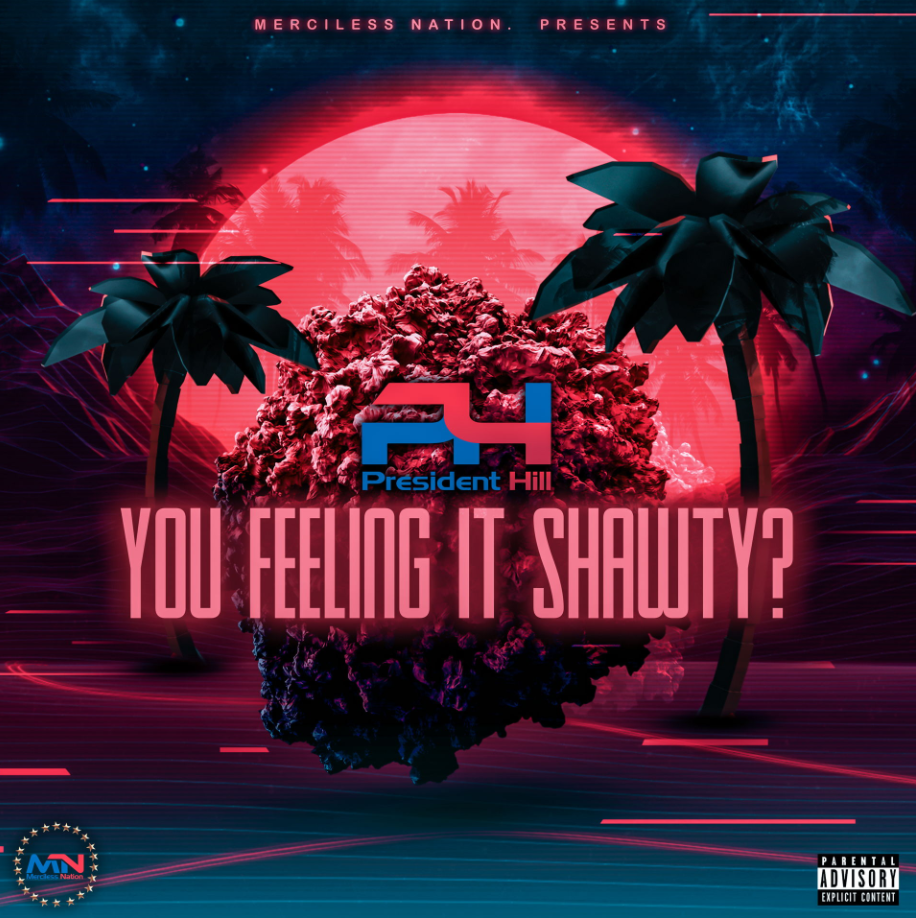 Hybrid genres like emo rap and melodic trap have been picking up a lot of steam in the past two years especially, and while the trend is intriguing to follow, there’s something special about an OG purist like President Hill. President Hill doesn’t try and front a lot of emotional lyricism in place of actual linguistic talent – instead, he’s all about setting up a swift beat and letting his execution do the talking for him. His new single “You Feelin It Shawty” has critics and fans abuzz, and after giving it a close listen the other day, I can understand what the hype has been about.

One of the most common complaints I have about the new hip-hop I come across on the mainstream level is over-the-top lyrical structures, but that’s not an issue in this single. “You Feelin It Shawty” has a simplistic, pop-style construction that doesn’t translate as overly straightforward mostly because of the emotion that President Hill affords his verses. He’s not rapping anything particularly poetic, but it’s the way he’s putting words on music that leaves me feeling like I’m listening to an artist on the come-up rather than another poser trying to fit in.

The rhythm here is spot-on for the vocal, and I like that President Hill isn’t pasting beats together with basslines but instead creating an organic groove. He’s got plenty of space here to be a little indulgent with his voice, but he refrains as to give the percussion enough room to kick the bass in the pants when it matters the most. He’s a thoughtful songwriter and arranger who isn’t looking to take the shortcuts a lot of others do in the studio, and that makes me curious to hear what he’s going to do with this talent next.

This mix is well-balanced but not quite as sharp as it could have been, which isn’t so much a criticism of the style as it is an acknowledgment of the growth President Hill still has in front of him. His is essentially an aesthetic that was made for the stage, but he’s breaking it down for the four walls of a recording studio rather well here – even if he is abandoning some pop varnish in the name of preserving his unforced artistic integrity. This is someone I expect to see on the mainstream element soon, and the creative optimism showcased here is the reason why.

I had not heard President Hill’s music before checking out this single, but I think I’ve got a good enough idea of who he is to call his sound worthy of keeping tabs on. “You Feelin It Shawty” feels like a blueprint, and even if it is a little rough around the edges, it still gives us everything we need to know about President Hill inside of a neat and condensed package. He’s a player who values the old school rules but hits a verse like a new school ripper, and his skillset is going to bring him a lot of accolades in 2022.

The music of President Hill has been heard all over the world in partnership with the radio plugging services offered by Musik and Film Radio Promotions Division.  Learn more https://musikandfilm.com