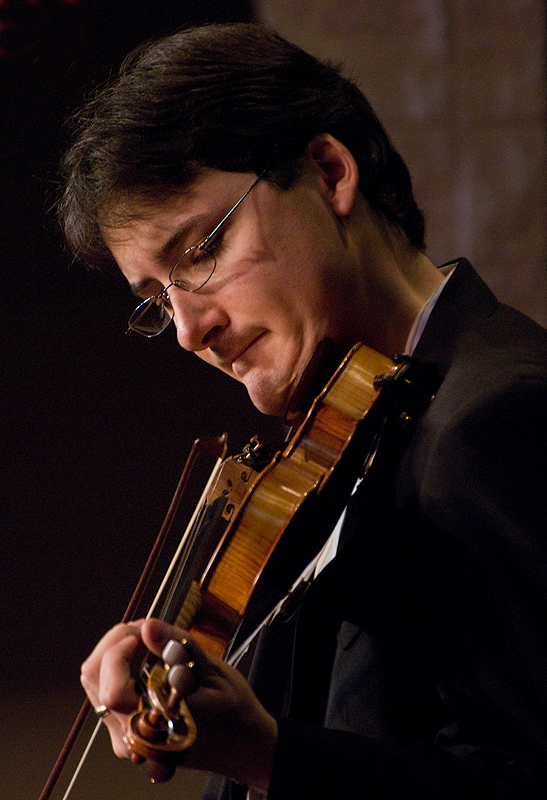 Whether we find them in a tizzy of showmanship in “We’ll Be Sweethearts in Heaven,” “Two Left Shoes” and “Oak Grove Shuffle,” or in a patient sway in “Sarah Jo,” “I’m So Lonesome I Could Cry” and “Diary of My Mind,” the string play in Pieces, the new album from a solo Jason Barie (now as The Ramblin’ Fiddler), is as important an element in making it a powerful listen as it gets. Their melodies are the bread and butter of this LP, and while they’re joined by some strong singing in a number of the songs here, they do most – if not all – of the important talking when the time comes to make a statement.

Don’t get me wrong; I really dig the vocal harmony in “I’m So Lonesome I Could Cry (featuring Del McCoury and Paul Williams),” the leads in “Blue Eyed Darlin’” and “Beyond the Sunset for Me,” as well as the lyricism of “We’ll Be Sweethearts in Heaven,” and I would say that together they make this album the good time-listen that it is no matter how many times it’s been picked up and played. There’s a lot of emotion coming at us from every angle in Pieces, but with the conservative Ramblin’ Fiddler guiding the narrative, nothing ever feels particularly overstated in the big picture.

This master mix is free of muddiness, and in “Sassafras,” “Ashokan Farewell” and “Adalynn’s Lullaby,” it doesn’t minimize any of the natural grit in the material at all. Granted, “Ashokan Farewell” was recorded live before the Cedarville Opry House, but that’s all the more a testament to the keen attention to detail behind the soundboard in Pieces. Jason Barie isn’t sparing any expense – creative or otherwise – in the creation of this new LP; in fact, I would say that he’s going out of his way to tend to minute details that a lot of his contemporaries might just as soon ignore in their own work.

Though some of the songs here (like “Waiting on Isaac” and the explosive “Oak Grove Shuffle”) would probably sound a lot better on stage, I don’t get the feeling that we’re being treated to some watered-down version of a true bluegrass jam session in this album. Contrarily, I actually think there’s a lot more natural tonality in this record than I would have expected there to be, which not only makes it easier for us to play it again and again, but it gives us a better insight into how masterful all of the musicians contributing to this tracklist really are.

I’m a relative newcomer to the Jason Barie brand, but if The Ramblin’ Fiddler can produce on this level throughout the impending 2020s, I haven’t the slightest doubt as to whether or not he’s going to make a credible impact on the vital American genre known as bluegrass. It takes a certain kind of player to bring the kind of grooves that dominate the backend of “Two Left Shoes” to life, but for Barie and his chosen collaborators, stirring up a bit of magic seems to come rather naturally (within the thirteen tracks that occupy this surreal new album, at the very least).