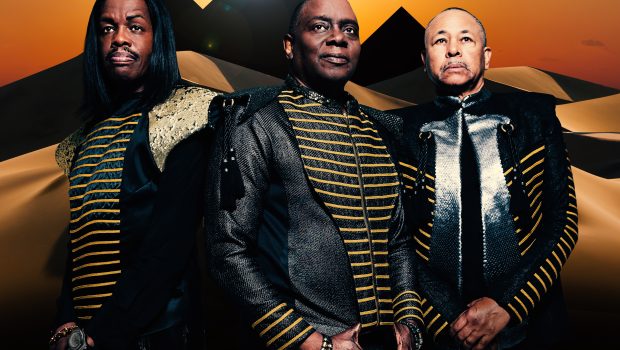 Seven-time Grammy winner and co-founding member of the iconic and legendary band Earth, Wind & Fire, vocalist and percussionist Philip Bailey is set to release his new solo album, entitled Love Will Find A Way, via Verve Records on June 21, 2019. The record is two years in the making, and Bailey considers it a true labor of love. Billy Jack, is the first single off the album, and is his version of the original Curtis Mayfield song. Featured on the release is Kendrick Scott on drums and Robert Glasper on keys. In celebration of -, Bailey will be visiting some of the city wineries across the nation. 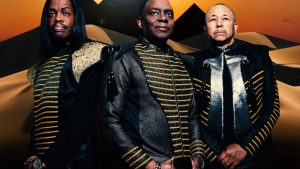 Philip Bailey is recognized for his distinctive falsetto and his four octave vocal range. Aside from winning seven Grammys, Bailey was inducted into the Rock And Roll Hall of Fame and the Vocal Group Hall of Fame as a member of Earth, Wind & Fire.

I spoke with Mr. Bailey regarding his inspirations for “Love Will Find A Way”, his foundation, “Music is Unity”, and of course Earth, Wind & Fire. A true visionary, and a gentleman, it was an honor to be able to talk to Philip Bailey.

Congratulations on your new solo album.

Oh, thank you so much. I am very excited about it. The album was really a labor of love. I was so honored to have all of these talented musicians to come alongside of me and make, “Love Will Find A Way.” It will be out in June and “Billy Jack” is out now. Robert Glasper arranged it and it is a cover of a Curtis Mayfield song.

What inspired you to create “Love Will Find A Way?”

We were reeling and rocking with the social, political and economic unrest and all of that stuff, and I was thinking about songs that really spoke to people during such times. Curtis Mayfield was such a voice in those times with the songs that he wrote and performed along with Abbey Lincoln. We did an Abbey Lincoln song as well. My daughter Trinity’s son Philip, and Deshawn, who is my social networking expert, made me sit down and we talked about a concept just starting with people that I had relationships with. They were Christian McBride and Chick Corea. So we started there and moved that to Robert Glasper and the rest of the cast on the album. It took about 2 1/2 years. It’s a self-funded project, one that I believed in enough to put my money where my mouth was until we finished it, mixed it, shopped it and ended up partnering with Verve. 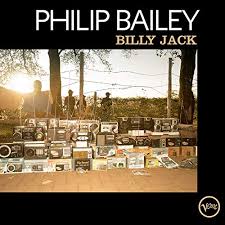 So this is a real “You” album?

Most definitely. Jazz has always been my first love as a kid, so when I say jazz I hope I’m not putting a bag on it in any kind of way because music is music. Earth, Wind & Fire had so much of a jazz influence. Michael Jackson’s music had a jazz influence from Quincy Jones. So, it’s just a part of music and you have to have some kind of way to clarify what you’re doing, but I think all the fans will have something in there that they will definitely gravitate to.

Well, I just really keep my head to the sky. I keep it open. I don’t ever put any parameters on what I am able to do or where I’m able to go. I just wait until I’m inspired to do certain things and move with the flow.

You also have a project called “Music is Unity.” Can you explain what that is about?

“Music is Unity” is our foundation, myself and my daughter Trinity, which is about 10 years old. The foundation benefits emancipated foster care youths. Folks who are transitioning out of the foster care system. A portion of Earth, Wind & Fire’s proceeds from ticket sales go to “Music is Unity” and then we find organizations who are helping these young folks transition from foster support.

So you have been involved with this for quite a while ?

A little over 10 years. We also have a thing that is called our “Back Stage Sound Check Program” where we invite about 20 foster care youths who are interested in the music industry to come down to the show and we introduce the many facets of our touring operation. Then they have dinner with us and watch the show and they get a certificate. We try to keep in touch with them if anyone goes further in their pursuit. We keep in touch with them and try to encourage them.

That is so cool and awesome.

A lot of artists are giving back now, and I think that is so kind. Earth, Wind & Fire are known for their spectacular stage presence and performances. Can you recall your most proudest moment performing with them?

Of course, playing for President Obama. That was probably one of our most crowning achievements. Him being the first black President of the United States. We played for his administration I think about three times. It was such an honor for us. We also played for the Clintons when he was president. My mom would’ve just flipped over that. She was gone by then, but can you imagine any parent would be very, very proud that their children’s music was able to take them to the highest office of the land. 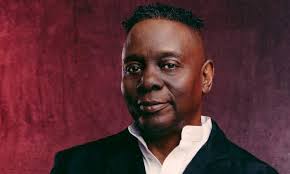 For sure. Did you always know that music was your destiny?

Music has always been my destiny. There has never been a time that I didn’t know that. My mom said I was singing before I could talk and my son now who plays with the band, Philip Jerrod, he was singing before he could actually talk. So that wasn’t something that my mom just made up.

You’ve 7 Grammys and I believe you have seven kids. That number seven must really work for you?

Seven children and seven grandchildren. Seven and seven, that is a number of completion.

If you could have or if you have had your ultimate stage fantasy, what would it be?

Right now I see the whole auditorium being lifted to the heavens.

You’re also embarking on an Earth, Wind & Fire tour, as well as a solo tour?

We are always touring. This is generally our touring season around March through holiday time. We don’t stay out that whole time. This year we’re out a month and then we’re in a month, that kind of thing. But this is generally the touring season. The year before last we went to Europe, because it’s easier to travel around when the weather is good. It’s a lot more fun too in warm weather. We will be out most of all this summer and I will be doing some touring in June with my own band doing the City Wineries across the country. I will be promoting “Love Will Find A Way.”

Have you toured solo before?

I sure have. Remember I have done solo projects before in my career and that includes the gospel projects. I won a Grammy for one of my gospel projects. I toured with Amy grant back in the day and I’ve gone to different countries by myself. So yeah when I’m not doing the EWF, I call that my day job, I have my night job. So I’ve always done solo stuff.

Do you believe that music can change the world?

Absolutely, I mean you can see it. That is how I actually coined the “Music is Unity” name for the foundation. We were touring with Chicago and just watching the people from the beginning of the show walking in to the end of the show, the body language, and the change in the whole atmosphere, I said “Man, music is unity.” So that’s how I named the foundation.

You work with young musicians with that foundation, if you could give out any advice do young people starting out in the music industry what would it be?

I think what I would say is to make sure that you study the greats before you. That you study the foundation of what your interests are. Where did it come from? What makes it do what it does? That’s very, very important.

Is there anything else that you’d like to add to the conversation that I haven’t covered?

Well I think we’ve said that the album is going to be out in June called, “Love Will Find A Way”, and the single, “Billy Jack” is out now. It’s a Robert Glasper arrangement. They can learn more about what I’m doing through all my social media platforms.