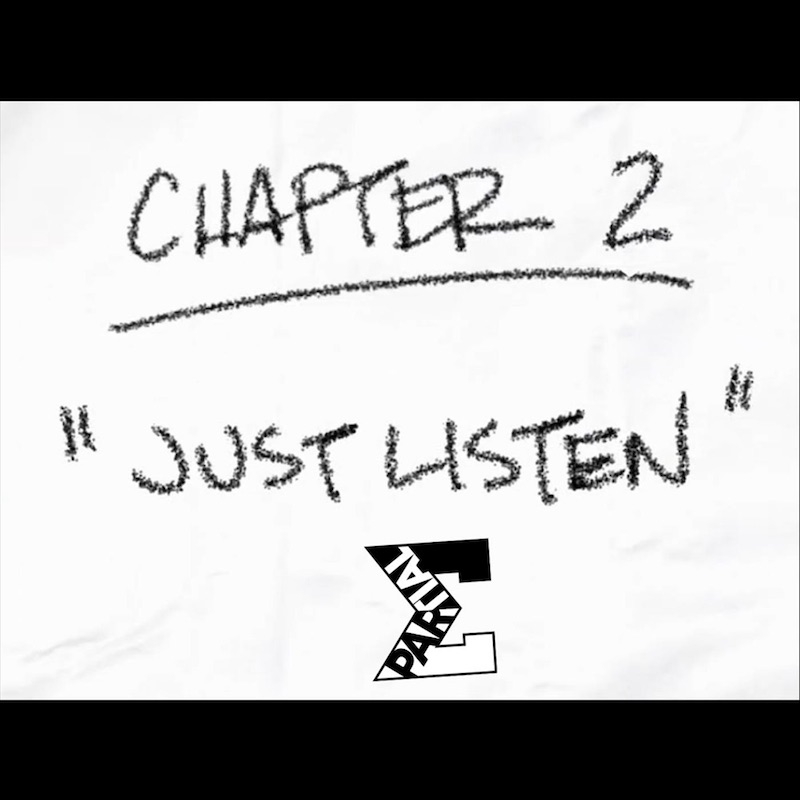 At the end of the day, there’s not much more a person can crave out of a romantic partner than a good listener. Sure, there are other bells and whistles you can tag onto someone and hope they check all of the boxes but there’s no denying that the crux of a successful relationship rides entirely on communication, and at the heart of communication? You guessed right: listening. Partial Sum’s latest offering “Just Listen” isn’t afraid to get candid with its desires, as you can probably tell from the song’s title, and anyone who gives the new track a listen will undoubtedly feel seen (and heard) by the song’s touching lyrics.

“Just Listen” features fairly straightforward pop songwriting in its verses and chorus, but that doesn’t mean that the song can’t cut deep. “Sometimes, I get lonely and I don’t feel like you know me.” Pretty simple stuff, but it’s a line that anyone can relate to — pretty much everyone has felt alone in a crowded room at one point or another in their life, and it hurts the most when that “crowded room” is a metaphor for a relationship. “Sometimes when you touch me, I don’t feel like you love me. When you’re here just listen to me.” It’s not abstract in the slightest, but sometimes there’s no use beating around the bush when it comes to getting your point across. You need bluntness to work in your favor and Partial Sum is giving bluntness in full.

Partial Sum has begun the single’s rollout with a super eclectic and well-edited lyric video for “Just Listen.” The visuals complement the vivid electronic pop that carries the single above its contemporaries, the lush instrumental working beautifully with the clean vocals. Energetic cuts of b-roll footage feature a variety of different clips from people dancing to varied cityscapes, and beyond. The music video brings a perfect encapsulation of the springy synths to life as it paints a picture of night drive aesthetics with its cool color palette meshed with crisp editing techniques and effects.

“Just look what’s inside, just open your eyes, wish on a star that you would know me.” The emotional impact of the lyrics feels distinctly heavier than the music accompanying it, but therein lies the magic trick that keeps “Just Listen” afloat. The lyrics carry a weight that works in stark contrast against the light and feathery music, and that’s where Partial Sum can find the sweet spot; too much of one thing can lead to a heavy-handed or trite musical affair, but the balancing act (although tough to pull off) is a great risk and reward scenario that pop artists return to time and time again. All in all, Partial Sum’s “Just Listen” maneuvers deftly through a genre laden with musical landmines, never once pausing to doubt anything about the song’s approach. The consistent bursts of confidence that emanate throughout the song are enough to instill certainty in any listener, and that makes “Just Listen” a certified hit in my books.

The music of Partial Sum has been heard all over the world due to the promotional services offered by Danie Cortese Entertainment & Publicity. Learn more here – http://www.daniecorteseent.com/