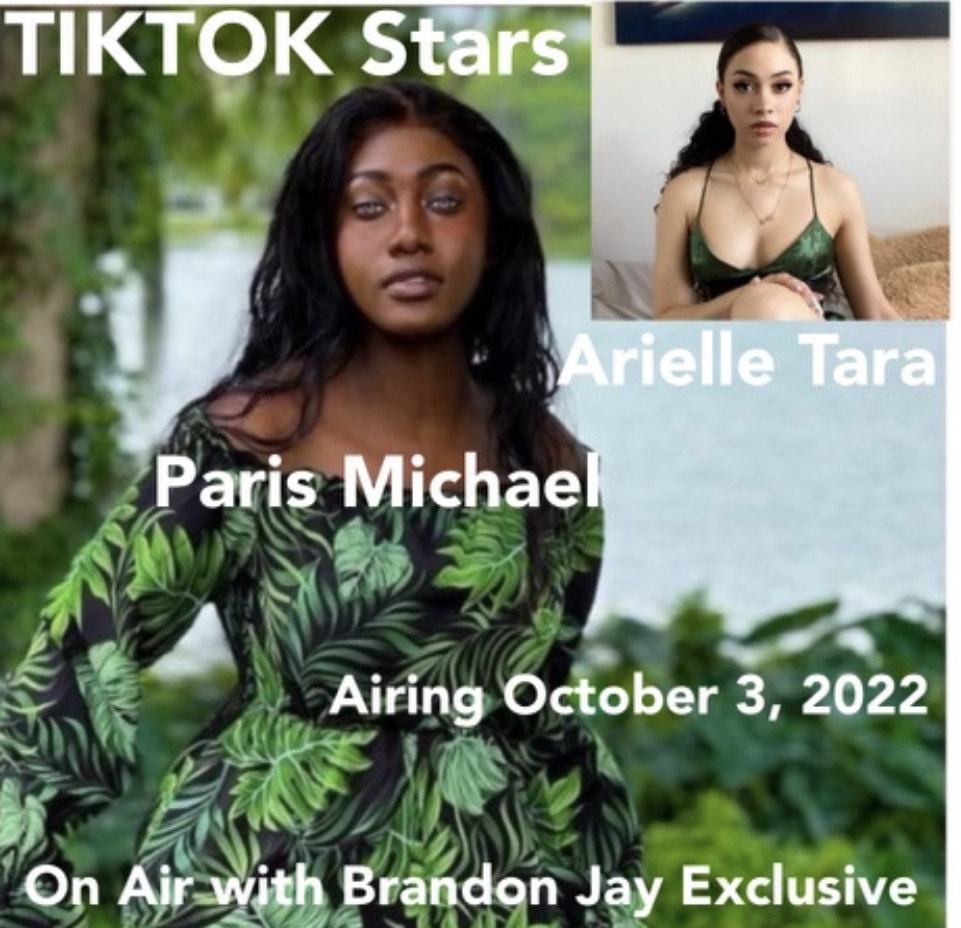 Originally from Columbia, SC, Brandon got his break in Radio on WXRY 99.3 FM having his own on-air countdown show, playing songs from Maroon 5, Goo Goo Dolls, and Jack Johnson.

His content has been featured on national/international outlets such as TMZ, Daily Mail, Hollywood Unlocked, Ok Magazine, Yahoo News, Getty & Wire Images and Medium just to name a few.

Paris Senpai is a verified TikTok content creator and social media personality who rose to fame by posting skits and lip sync performances. She has more than 2 million followers and more than 33.7 million likes on the platform.  It wasn’t long before huge brands such as: SHEIN, Adore Me, Color CL, Doll Skill and Dermalogica took notice and built a partnership. Paris Senpai continues to thrive and is working with top management firm Savvy Girl Consulting. https://www.instagram.com/paris.senpai/

Arielle Tara is a singer, model and social media personality who acquired her biggest following on TikTok under the username  arielletara.  Her viral comedy, music, and bad jokes have helped her attract over 2 million fans and more than 51 million likes. Arielle has partnered with some of the largest brands to include: CVS, Voogueme, StarFace, and Shein. https://www.instagram.com/arielletaraa/

You can listen to On Air with Brandon Jay on all platforms.