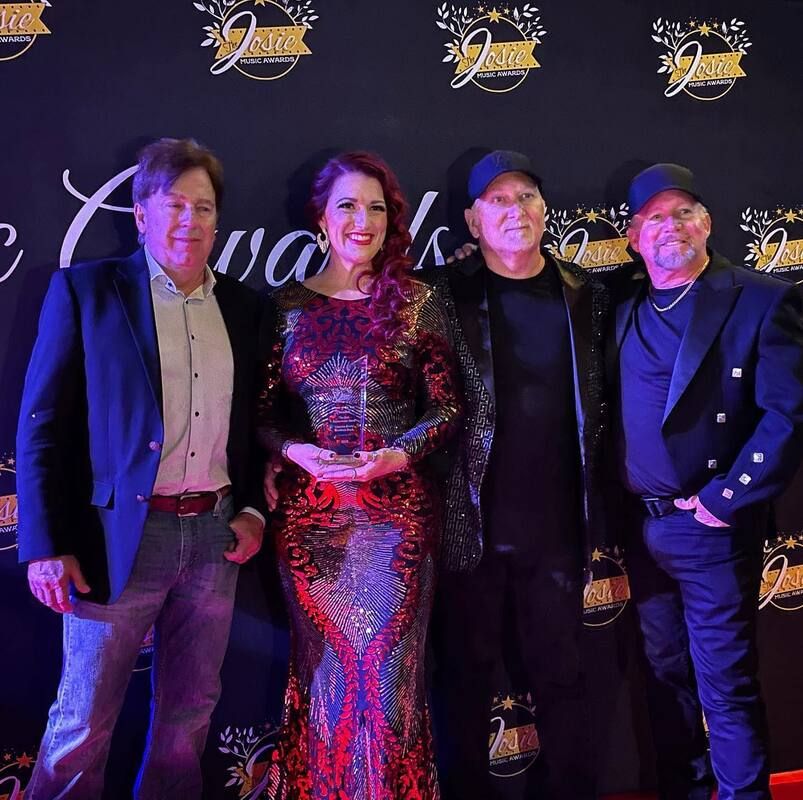 Some solo projects feel just like that – solo projects – but in the case of The Jess Zimmerman Band, the collective energy of all the players surrounding our leading lady is very much present in the new single “One More Country Song,” and people are noticing the difference.

Although I’ve been inclined towards a lot of the rusticity in the Americana movement as of late, Zimmerman and her cohorts reject throwbacks in this performance in favor of doing something a little more contemporary with regards to the arrangement of the harmonies, and from where sit it’s resulting in what could be the most complete track to come out of her scene in a minute. Country’s best moments have always been defined by the depth of a melody as opposed to the sentiments of an image, with lyricism straddling the line in between, and for this singer/songwriter and her eponymous band, utilizing the concepts of the past to make something fresh and original for a new generation is a lot more appealing than outright recycling the same sounds and stories we’ve heard a million times before.

“One More Country Song” is anything but a simplistic attempt and rhyme and rhythm; from the moment we get into the meat and potatoes of the hook here, it’s really obvious just how much power Zimmerman has as a singer when she’s got the right backdrop through which to contextualize her emotions. I like that she never sounds hesitant in her delivery and yet she’s able to develop moody caveats between the verses where we’re expecting them the least – and need them the most, I might add. There’s not an inch of sonic space going unused in the big picture, and this isn’t solely because of the dexterity of producers behind the board. Contrarily, there’s something full-bodied about every angle of the melodicism we’re witnessing come together in “One More Country Song,” and I’ve got a feeling that it would hold up as well in a concert as it does in this session recording we find in the single itself.

The Jess Zimmerman Band isn’t out to rewrite the history of country music, but they are focused on doing something that a lot of players need to be putting their interest in as well – living in the here and now. Zimmerman’s lyrical charm is that she doesn’t put herself in situations that run dramatically out of context beside the personality she offers with the microphone in her hands, which is part of the reason she plays as authentically as she does in this performance.

She connects with the players in this single marvelously and never sounds like someone who doesn’t want to be with a band, and while the competition in Nashville has been thick with new talent and intriguing experiments in alternative Americana and retro harmonies we haven’t heard much of in the past half-century, what we’ve got in this release easily stands out as some of the best country I’ve heard in a minute.