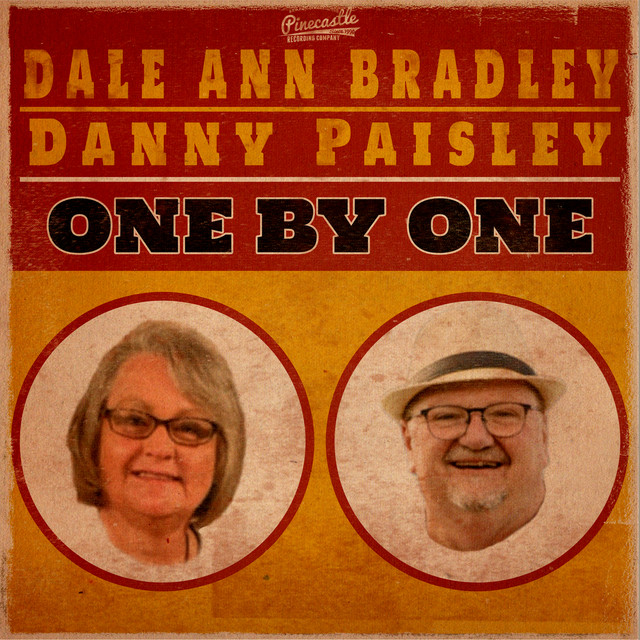 “One By One” by Dale Ann Bradley & Danny Paisley

When it comes to genres that feel indebted to the founding fathers, there’s arguably not one more absorbed with the idea of paying tribute than country music. At its core, the genre has maintained a very tried and true formula from its genesis — sure, there have been bells and whistles added and taken away across the storied existence of country music, but the very concept of “country music” remains a dense and airtight image. The instrumentation, the lyrics, and the overall attitude are generally always something you can predict and count on, and that’s what makes the genre so damned reliable! With the new single “One By One” from Dale Ann Bradley and Danny Paisley, for instance, there’s nothing better than a good old-fashioned cover of a 1950’s country-western hit. “One By One” checks all the boxes of a perfect faithful retelling of a classic, and it’s a remake that will undoubtedly make even the toughest country fans soft.

Even though “One By One” is a cover, there are still plenty of little details to take away from this exceptional cover song from Bradley and Paisley. First, the vocals from both singers are a perfect send-up to Wells and Foley on the original, as the modern timbre balances against a timeless inflection, particularly in the call and response structure that both the original and this cover have.

“One By One” feels remarkably unstuck in time, as the cover could have been recorded seventy years ago just the same if it wasn’t for the more recent Bluegrass influences that the Dale Ann Bradley cover wears on its sleeve. There’s no denying the song’s staying power, and Bradley choosing “One By One” to lead the charge on her new and impending album’s rollout as the first single feels about as safe a choice as you could make. There’s virtually nothing to dislike with this version of the classic tune, and the duo of Bradley/Paisley only brings more to love with their indelible voices.

When it comes to paying homage to songs and artists that have come before, the fact of the matter is that nobody’s doing it like country music. Totemic icons in the field of country’s yesteryear function as rock stars as much as they do American folk tale heroes, and the crossover effect of classic country finding its way to modern ears feels like a core piece of America’s storytelling obsession. For contemporary audiences to be given a chance to possibly discover the art of Kitty Wells and Red Foley through this retelling by Dale Ann Bradley and Danny Paisley, that’s what country music is all about; the cover is an outstanding success for Bradley and Paisley, and anyone lucky enough to discover it for themselves will only attest to such an attitude. As far as Bradley’s upcoming album goes, if “One By One” is any indication (and as a first single, it should be), we’re in for a treat. There’s no word yet on any follow-up singles, but consider my interest piqued!