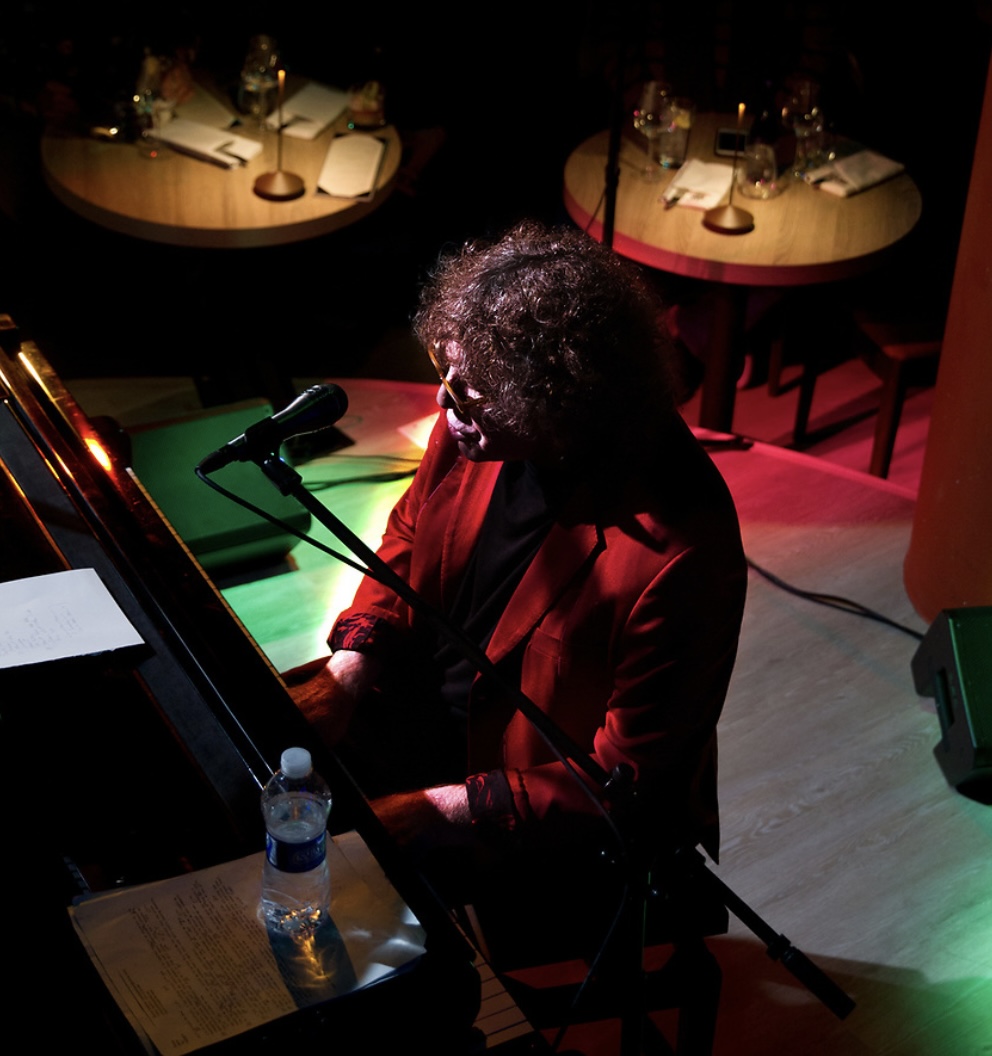 I watched the light shine and fall on each other’s faces as the holy grail of composers and spell binding pianist Randy Edelman quietly took the stage at New York’s “Chelsea Table and Stage” during an incredibly touching and awe inspiring performance. The audience gathered together finding light in each spark of his music. Each spark shifted and multiplied scattering its radiance on our ordinary lives and everything became more precious, more valuable.

This year Randy challenged the heavens and rocked the music scene with his new post pandemic song of hope, “Comin’ Out the Other Side.” The song came in like a raging tempest taking the plunge, defying the elements and seizing the day.

He takes the skeleton of each film and fills it with heart and with his music bringing it to life and giving each movie an everlasting soul. Acknowledged as one of the greatest film composers of our times Edelman is responsible for creating the very pulse of movies including: “The Mask”, “Ghostbusters ll”, “Last of the Mohicans”, “Gettysburg“, “Twins”, “XXX”, “Dragon Heart”, “My Cousin Vinny”, and over 100 other blockbusters. The multi-award winning composer has also written for ESPN, the hit series MacGyver, themes for the Olympics and for NASA. As well as writing his own hit songs he has also written songs for some of the most iconic recording artists. They include: Barry Manilow (Weekend in New England), Patti LaBelle (Ain’t it A Shame), Bing Crosby (The Woman On Your Arm), Olivia Newton-John (If Love is Real), and countless others. Edelman has opened for acts including The Carpenters and Frank Zappa and has played in some of the largest arenas on the planet including Buddakan in Japan and the London Palladium.

In an almost 90 minute musical spectacular Randy showcased the highlights of the soundscape of his career adding in the special and heartfelt stories that helped make his music come alive in front of the packed house. He shared his own journey and experiences while the collective effervescence sat on the edge of their seats. It is not time itself that we noticed passing but the things that it erases and reclaims for eternity, Golden mornings, better days and darkest nights all washed away as everyone became lost in Randy’s song…. He was the only one that existed for that moment.

Aside from Randy there was the who’s who of talent in the room. Those included were monumental director Rob Cohen (Fast and Furious, Dragonheart, and a catalog of many), Adam Rogers (world’s greatest jazz guitarist), Michael Musto (leading world critic and journalist), Mike Greenly (The writer of the state of Virginia’s theme song), John SohoJohnny Pasquale (philanthropist and entertainer), ARO Rose (Pop recording artist), Ike Avelli (comedian) and celebrity photographer Billy Hess…..all there to celebrate and appreciate Randy Edelman and his music.