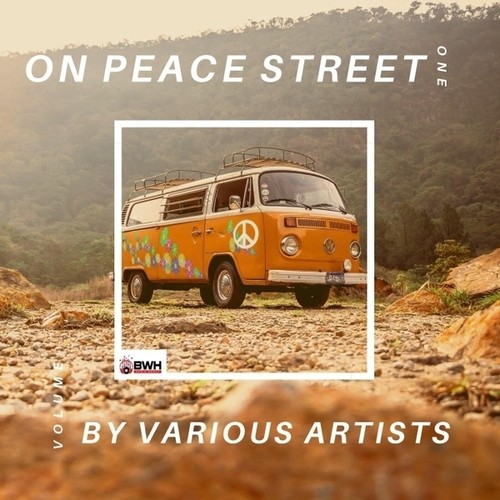 On Peace Street, Vol. One, by Various Artists

Read the news. Look to social media. Turn to the singers and the dreamers – the world is afire with hate, loss, anger, injustice, trauma and Mother Earth is burning. Putting to song these anguishes and fears is an artistic gift. The winds of change and peace are abundant in the prolific collection of some of the most talented independent singer/songwriters in the album, On Peace Street, Vol. One, by Various Artists via BWH Music Group.

With 19 total tracks, the exhausting job of mastering these tracks and making sure the clarity is there is quite an undertaking. BWH Music Group successfully does this and shines the light on the incredible works. Each artist is a new chapter on the emotional, humanistic journey.

Out of the gate, The Reverent’s “I Wish I Was Wrong” sets the stage for a clear vision of reflection and cautionary tale of global warning. As the English bands sings “I see the end of the world as we know it, I wish that I was wrong, I wish that I was wrong, but the whole world knows it.” The tones and the brightness of the poignant acoustic guitar feel almost like the soundtrack to a time-lapse video of a growing plant or other biological being. Much comparisons can be made to Coldplay and Snow Patrol.

The barrage of solid musicality and stirring music continues with “We Shall Overcome” by Nashville’s Chakra Bleu is “a song of unity.” The track is a fine mixture of reggae, Americana, pop-rock and R&B. The next track, “Who Will Stop The Nuclear Clock” (track eight) is from Montreal’s Léonie Gray and features Matthew J. Bongiorno. Coming in at track nine is a reminder that little things in life matter, and that moments of love happen all the time with “All That Matters” from KatieBeth.

Lakotah’s “Soldiers Song (4th Street Version) is one of the album’s most rock tracks. There’s a burning desire in Lakotah’s vocals, and the music bed has fantastic strings. Emily Cole’s “Karma” is track 11 and the song is an eclectic gem. Cruising in at track 12 is “One” from Fareed El Boricua Arabe. It’s one of the longer songs on the album, clocking in at 5:45. Arabe’s vocals are sincere and the chorus is infectious (“one…one…one…one”). “Dueños de Aquí”  (track 13) “is a protest song against corruption, impunity and extreme income inequality inspired by the current social and political climate in Mexico.” Labán hails from Mexico City. Track 14 is “Life Your Life” from Coast 2 Coast Featuring The Fantastic Gems. This song gets special kudos for the shimmering piano and soft blush of a saxophone. Radio Drive’s “Humanity” is track 15 and reminds the world may turn its back, but to “open your eyes to this thing we call humanity.” Peter Unger, a finalist in the USA International Songwriting Competition is the singer for track 16, “Song For Peace”. RW Roldan’s “The Color Of” (track 17) is an impressive track and feels very homey and humble. Kate Magdalena’s “United (To Save The World)” is track 18 and revisits what The Reverent’s started out reflecting upon: the future of our world. And, finally, the last track “Don’t Worry” from Jamie Lynn Vessels closes out the album in a roots rock slow build. The beginning percussion beats are tip-toeing around Vessels soulful, elegant voice.

While there are many offerings on On Peace Street, Vol. One, the one common thread of a call for peace is a lovely idea, indeed.