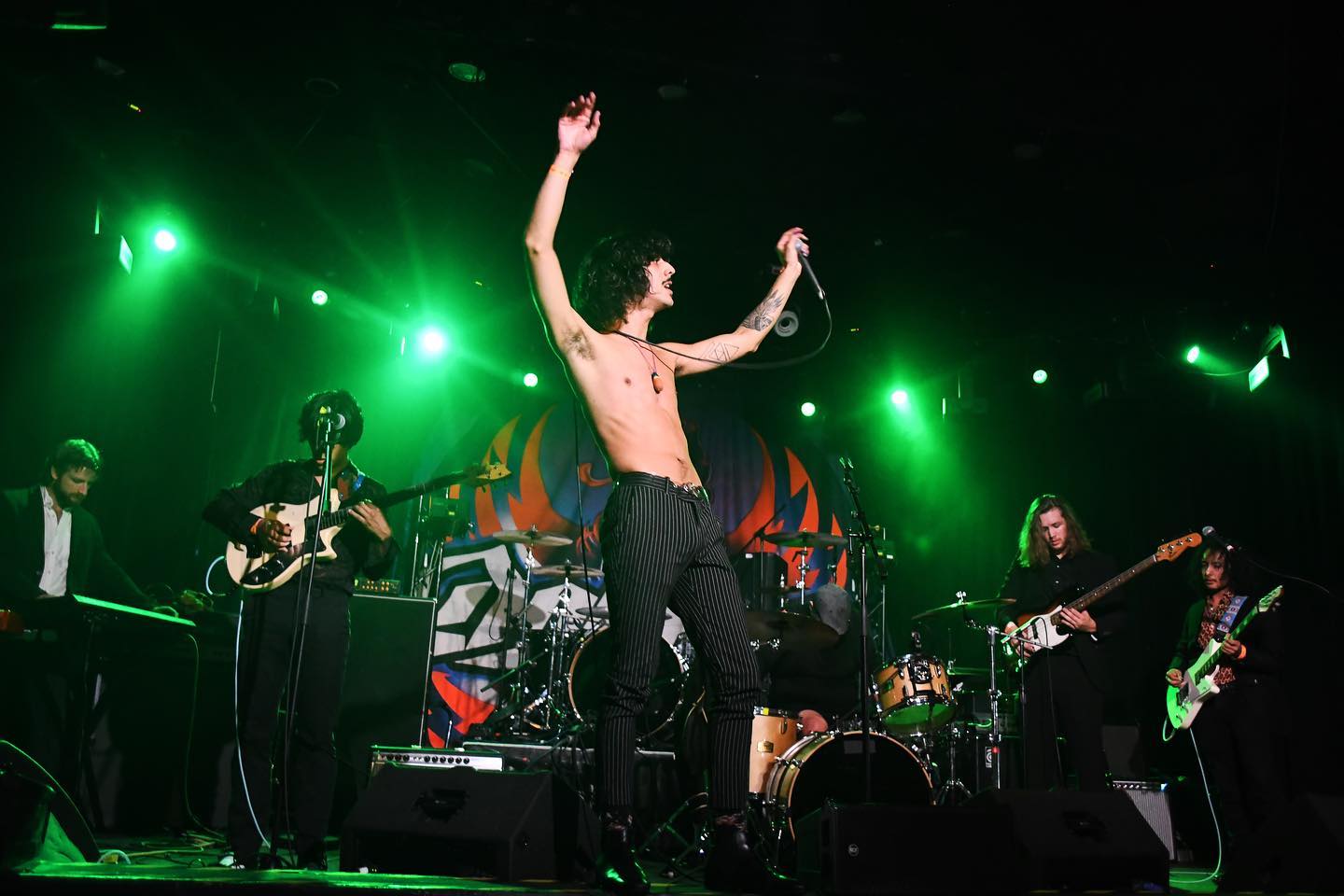 Get ready for a trip into the unknown. Nygma’s “The Fat Nasty” continues blazing a trail across aural earth that is left little but scorched speakers in its wake, but there is a method to the madness punching its way through every second of the new single. The frantic pace the five members set for the song doesn’t sound challenging at all as they meet the moment at every turn in the performance – but stay for the whole thing, do not wander, because there are powerful surprises packed into this release. They are seldom content with predictability.

It isn’t surprising to me these guys hail from Texas – I am surprised it isn’t Austin instead of Dallas, but that works too. It has been a hotbed for challenging acts cutting across the musical spectrum for some time now and I like to think that something of the outlaw Wild West spirit of the state and that general area of the country has bled through into the music – in a positive, nourishing way. “The Fat Nasty” is a song from a band that does things their own way, obeying zero trends, following their Muse wherever it takes them. There is no question of that.

The band has set their 2022 alit with a series of singles from the concept EP Alexander Nevermind and this is a take no prisoners opener for the album as well. It is notable that the band can manage to corral the tremendous energy crackling from this arrangement without ever veering off course. It is evidence of the band’s “experience” despite only being together since 2015.

They will be together for many years to come. This is a band with an obvious musical vision without ever overplaying their hand and slipping into imitation or pretentiousness. Conceptual releases are, by nature, an artistic cut above mere “collections” of songs. Nygma, however, encompasses the best of both worlds without ever losing sight of entertaining the audience and engaging them on every level.

The breakneck stop-on-a-dime tempo shifts laden throughout the song are among the band’s calling cards. It is a measure of their technical expertise that such moments can come off as vibrant and alive rather than precision playing drained of any meaning. “The Fat  Nasty” is obviously out for figurative blood and adopts every means at their disposal for spilling it, but they want you to think as well. Turn back now if you don’t have any interest.

Those who stick around will find the band to be well worth it. I expect we will be hearing a full-length version of the band’s current EP, it seems ideal for expanding on, but “The Fat Nasty” will remain one of Nygma’s marquee numbers, no matter what direction they take.  If you like muscular hard rock/punk/metal with an intellectual bent and attitude to burn, you’ll be pleased by every second of Nygma’s “The Fat Nasty”. They have released a blistering single you will not soon forget, and it leaves you wanting more.