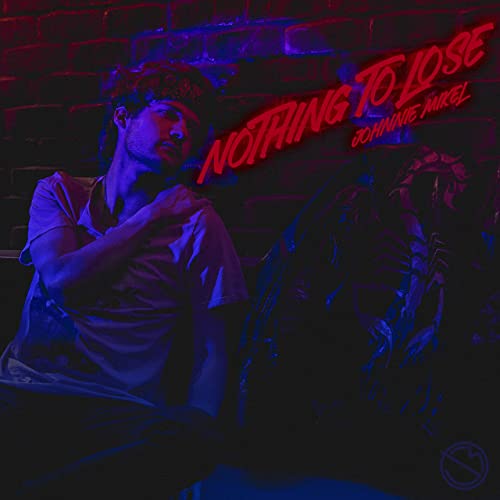 “Nothing to Lose” by Johnnie Mikel

To say that it isn’t easy to make a provocative pop song in 2020 just isn’t doing the job justice – in reality, it’s one of the hardest tasks that a modern musician can undertake, but this didn’t stop Johnnie Mikel from putting his heart and soul into “Nothing to Lose” this month. “Nothing to Lose” doesn’t take from other songs in the pop music lexicon and forge a familiar identity out of the applicable shards; it’s a bastion of originality, and more importantly, a show of strength on the part of one American underground singer/songwriter who hasn’t been getting enough credit for exceptionality lately. Johnnie Mikel isn’t trying to change the model set forth by pop’s most inspired legends in this new single/lyric video combo, but instead working with his own brand of groove-happy rhythm and rhyme that doesn’t ask anything of us in exchange for a wealth of melodic chills. Summer always comes with its own unique soundtrack, and this year it should be known that Mikel and his latest studio release are an intricate part.

There’s a bit more contrast between the vocal and the drum parts in this track than I would deem necessary, but I think this was a deliberate effect created by producers during the mixing process. Everything here is tightly arranged together, and in creating just a little bit of discordance between the verse and the beat behind it, we’re able to hone in on just how powerful a voice Mikel has even in the midst of an otherwise duress-filled situation.

The atmospheric bend to the harmonies in this song is surprisingly strong, even though the grooves are as cut and dry as they can come in a pop composition. The lyrics, though a little compact for the style of the instrumentation in the backdrop, are perhaps some of the most personal Johnnie Mikel has recorded in his career, but they aren’t overly revealing of his deeper narrative here. Something in me says that “Nothing to Lose” isn’t as simple as we would believe it to be at first glance, and after repeat listening sessions, I’ve found it unveils a new layer with each spin it’s afforded.

Indie pop fans really can’t go wrong with Johnnie Mikel’s work in “Nothing to Lose” this June, and if you’re feeling a little blue about whatever circumstances you’re experiencing in life right now, I would recommend it as the much-needed shot of catharsis you didn’t even know you were missing. There’s still some room for Mikel to keep growing into the sound that he’s created for himself – and very much made his own over the past three years he’s been dominant in the underground circuit – but I wouldn’t tell him to make any drastic changes to the style of play he’s been utilizing in his most recent studio work. He’s onto something really special with “Nothing to Lose,” and if I were him, I would run with it as much as I could until widespread mainstream exposure no longer evaded my material.