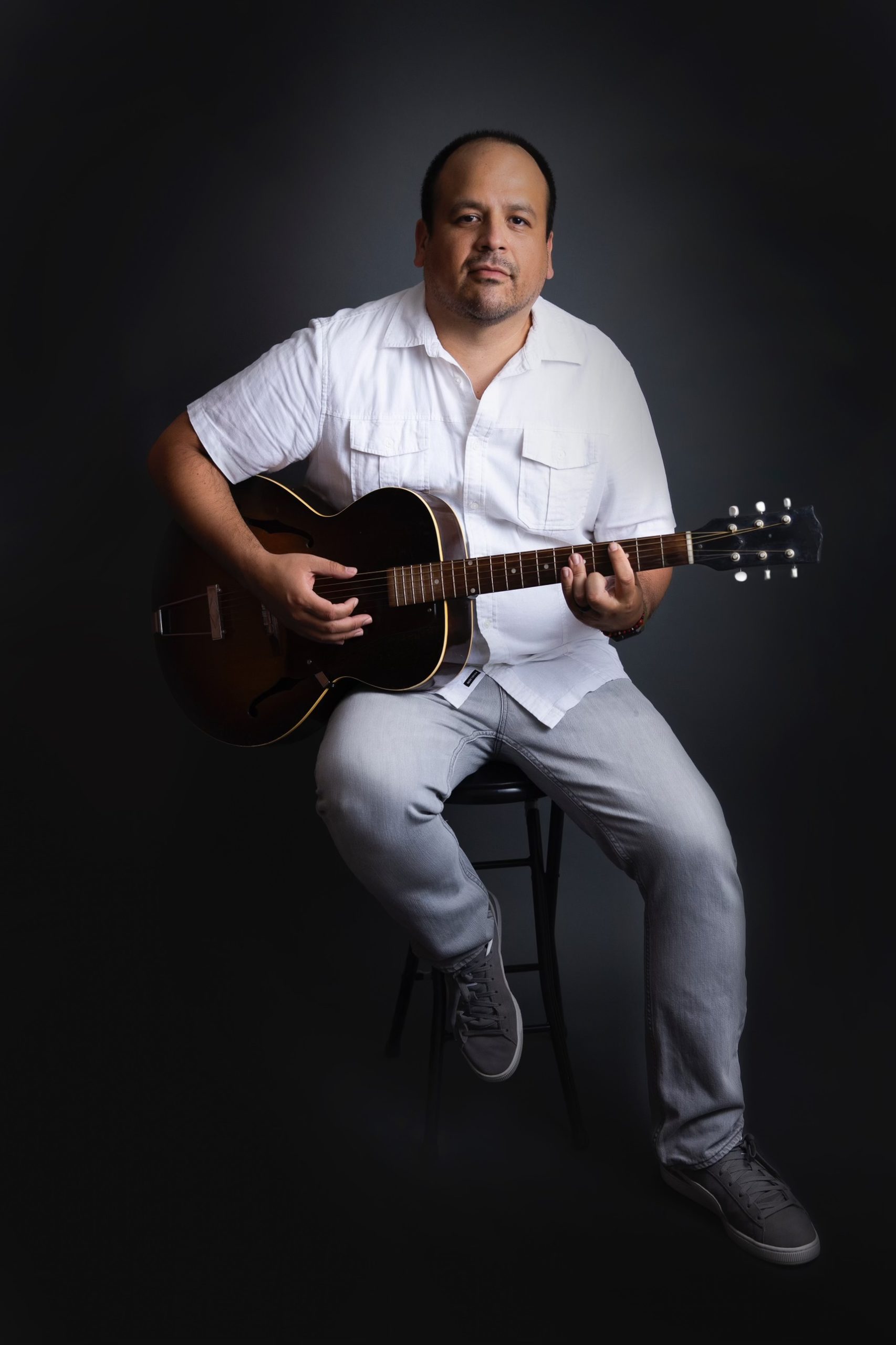 Notes of Inspiration: The Music of Eduardo

When you attend one his shows, he wants to you to leave your worries at the door. After all, singer and songwriter Eduardo has spent over 20 years developing a particular style of music that encourages a certain kind of optimism. He says, “If I can help people to forget their troubles for even a little bit through my art, I’ve done my job. Seeing people smile because of my songs is wonderful.”

One thing that won’t be forgotten is Eduardo’s unique sound, which is a combination of acoustic, pop and folk with lots of variety scattered throughout. He explains, “I consider my genre of music to be more Americana, Alternative Folk. I like to have a little bit for everyone, from slow pensive tunes or ballads, to more upbeat ones. I also like to rock a little, which you can hear in my latest single “Time Machine” But, I’ve been influenced by a lot of different kinds of music, having lived in such different places.”

Eduardo now lives in Alabama with his wife and kids, however he was born in Peru, and moved to the U.S. with his mom and dad when he was 10. “Of course, the moving informed my creative work, as I got older. I was able to experience some very diverse cultures.”

And he’s already experiencing some incredible validation for his music: “My EP “Rusty Strings” was nominated for Best in the US by Toronto’s Independent Music Awards. Also, my track “La Farra” was one of the winners for Radio Airplay song of the summer.”

That’s not all. His songs, “Hole In The Wall’ and “Complacency” have been given tremendous praise for their sunny vibes and engaging melodies. It’s been enough feedback and inspiration to keep delivering more great work. In the Summer of 2020, he released a new single called “Sunrise”. He also released his first live album called ‘En Vivo’, which is a compilation of performances from his tours in 2018 and 2019.

While he’s currently home with the family taking a break to recharge and hopefully write more music, Eduardo may be coming to a town near you the next year. He’s currently booking venues for 2023 and has no problem going wherever the music takes him. “Distance is not big factor for me. If there’s an audience and it makes sense, I’ll probably find a way to make it happen.”

We caught up with the gifted artist and nomad to find out a little more about what fuels his love for music and the road.

Eduardo, when did you realize that you wanted music to become your profession?

From the very first time I played an open mic. I Remember seeing all my friends that I had invited and then looking out there and seeing new faces. After the first song I started looking out more at the people I didn’t know in the crowd. When I saw them turn their heads, tap their feet, or move their heads to the beat of the songs, I knew that there was something to this.

Also, after, when they asked hey who wrote that first song, or about the second song, and I would tell them they were mine. They seemed to be surprised. I didn’t play any covers when I played open mics. They only gave me 30 minutes to play.

Were there artists who inspired you to get into the business? If so, who are they?

A bunch of local bands and friends’ bands. Some that are not in my genre of music, but I loved. There was this metal instrumental band in college called Hematavore. They were amazing. Very knowledgeable when it came to music. Those guys were pros and fun.

Watching the solo guys do open mics is what inspired me as well. And also, I wanted to write music that I wasn’t hearing much of. In those days I use to have songs with comedy twist to them, I also liked to fuse hip hop and folk, like in the track “La Farra”.

Have you met any of your musical heroes?

Growing up I listen to a lot of punk music, and I still do. And through festivals like “the warped tour”, I met some of my biggest heroes growing up. Fat Mike from NOFX, met the guys from Less Than Jake, and a few years ago a met Tim Armstrong from Rancid at a restaurant in Atlanta.

I get a lot of my DIY attitude from the punk rock community. I have applied this mentality to my music, and how I handle business. This is the reason I’ve been able to this for as long as I have.

If you could go on tour with any artists, who would it be?

Describe the best part about performing?

I like connecting with people. I think that is the best way to get your art out there. Finding the people that take the time to listen and understand the message you are trying to get across. Especially when they get it, and let you know.

Tell us about your songwriting process.

It’s strange. It can come at any time. A melody out of nowhere, or a rhyme that just appears. I always have my “voice memo” app on my phone ready to go for when that moment happens. Then just grind it out until something appears.

Tell us about some of your new music you’ll be releasing.

I plan on releasing the full album soon. I’ve been on the road promoting “Time Machine”, and it was well received.