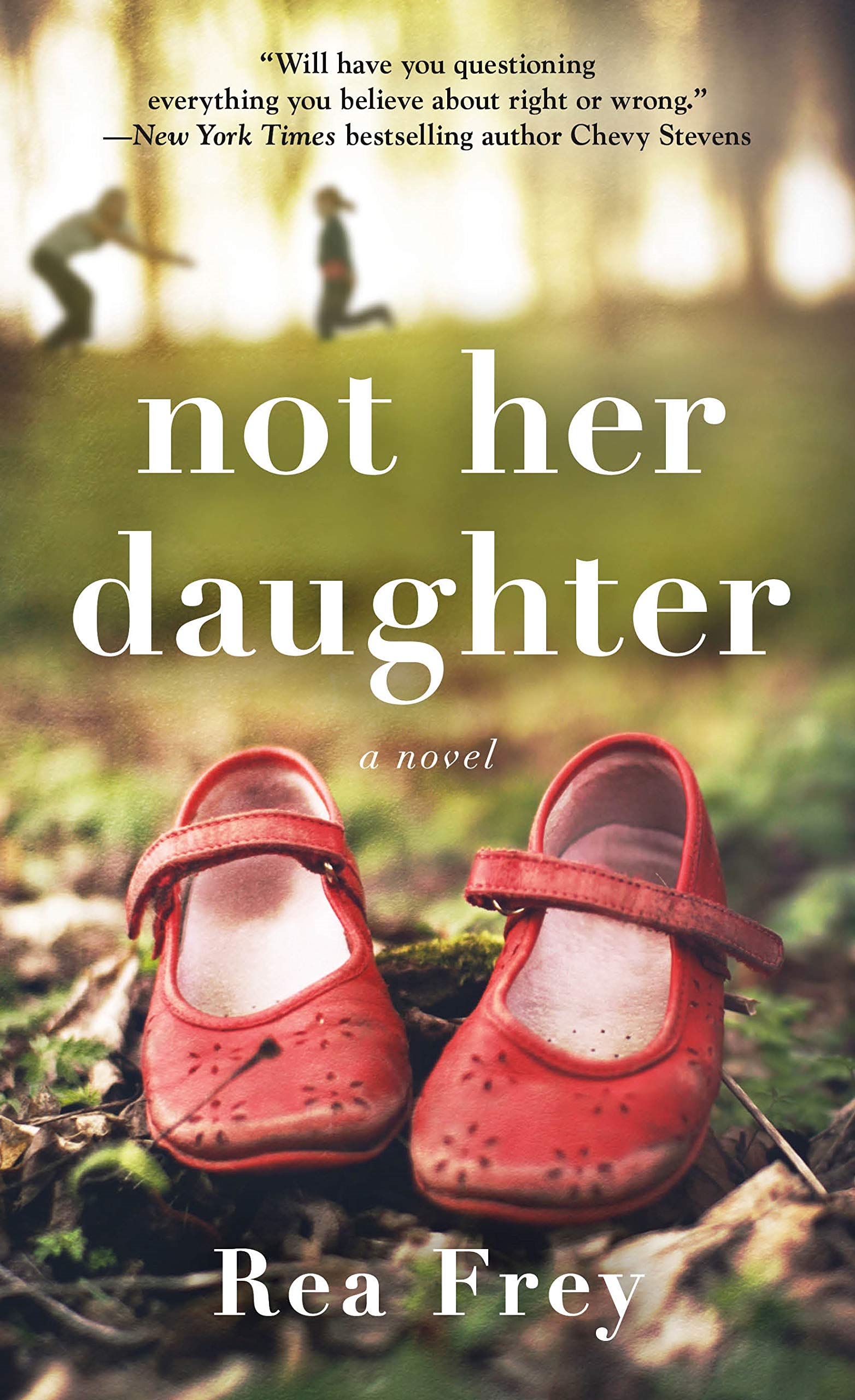 “Not Her Daughter” by Rea Frey

The story of Rea Frey’s journey in the world of modern literature is as compelling as her debut novel Not Her Daughter. A wife, mother, and now successful author, Frey pursued her ambition of becoming a professional writer despite an uphill battle. She never lost focus.

Viewing her work as a product and publishing as a business opened new doors. She soon secured a four-book deal with St. Martin’s Press.  She quickly completed an initial draft of Not Her Daughter and its positive reception, critically and commercially, drew Hollywood’s attention. Pandemic related delays stalled progress, but the book is under option for development and let’s hope we’re soon back in theaters munching on popcorn while watching Not Her Daughter on the big screen.

The story revolves around three primary characters; a mother, her 5 year old daughter, and a kidnapper.

Single, self-absorbed, successful Sarah Walker is waiting for her flight to board in Portland, Oregon. She’s reeling from recent heartbreak. Also waiting in the terminal are Amy and little Emma Grace Townsend.  Sarah witnesses something unsettling – the horrific way Amy treats her daughter. Walker makes a life-altering decision. She decides to abduct the child. She wants to save her.

It isn’t difficult to imagine the film adaptation.  The kidnapping sets off a dramatic chain of events. The longer little Emma remains missing the more time mom has to think. She’s ambivalent about whether she wants her daughter back.

Walker and Emma Grace settle into life on the run, providing for great location filming; the film adaptation would be a feast for the eyes and a riveting storytelling experience.

The characters are nicely fleshed out. Sarah Walker, the protagonist, would be five-star actress’s dream role thanks to Frey’s characterization. A strong supporting cast in the supporting roles will only further enhance the film’s prestige and quality.

Not Her Daughter is a story about many things, but one of those things is how our past affects our future. Sometimes forever.  Frey’s passages about Sarah’s experiences with her own mother are among the novel’s finest.  They provide a crucial and plausible underpinning for her actions as an adult. Establishing this relationship is crucial, as well, for the film adaptation. Building the film narrative in a way where Walker’s mother is a ghostly presence underlying her motivations has enormous dramatic possibilities.

Writing convincing child characters is no easy task. Frey proves herself up to the challenge, however, by keeping Emma’s dialogue lean and economical. She realistically limits her vocabulary rather than saddling her with unbelievable speech. Dialogue is another overall strength of the book; as written by Frey, it is rarely ornamental. It will work well in film because it focuses on developing story and character.

It isn’t difficult to see why Hollywood’s interest in this book came quickly.  It works well as a series of set pieces tied together by recurring characters with a coherent narrative through-line.

Rea Frey clearly visualized the plot before setting down a single word. Her talent for translating the visual to the page is another reason why the film option has such promise. The novel comes across as erupting in a burst of creativity. Translating this into a visual medium will not be difficult. Frey condenses the novel’s action down to its essentials, avoids unnecessary sideshows, and leaves no loose ends.

Not Her Daughter wrestles with problematic behavior, damaged psyches, and moral dilemmas with rare sympathy. It rates as a notable high point in this writer’s journey. Rea is an author who also coaches other writers, sharing like-minded aspirations, through her company WriteWay.

There is affirmative and exultant energy in Frey’s work.  Not Her Daughter is a brave, insightful novel and its film counterpart is sure to generate a lot of buzz upon release. Are you listening Hollywood?