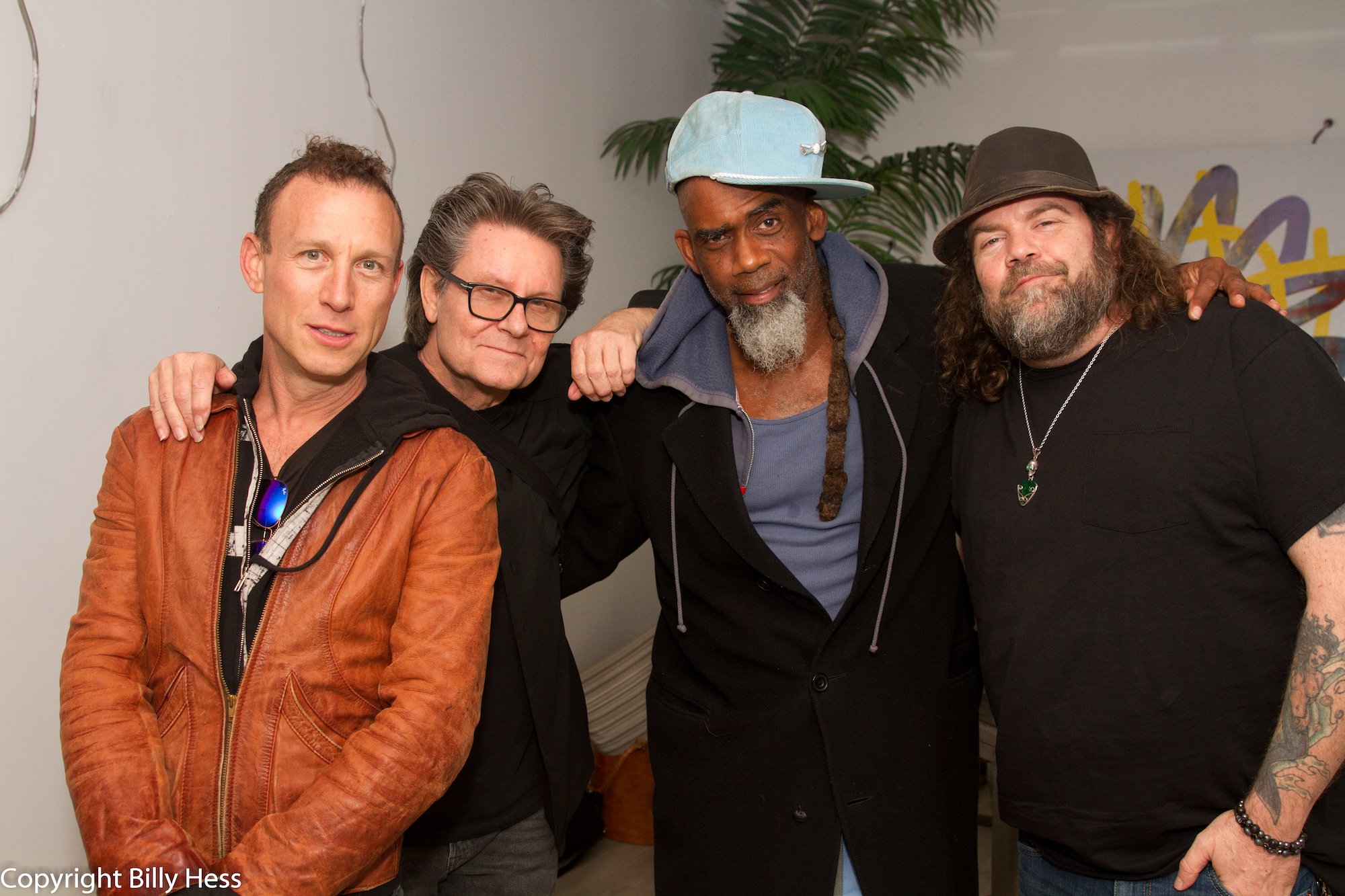 Norwood Fisher, supreme bassist of Think: EXP is the co-founder of the eclectic LA band Fishbone. Formed in LA in 1979 Fishbone became known for their fusion of ska, punk, rock, funk, reggae, and soul. They developed a massive cult following and were recognized for their diversity and social commentary.

Think:EXP is the cutting edge, avant-garde, future of the music industry comprised of the best musicians in the history of music coupled with the best that technology has to offer. “Think:EXP strives to revolutionize the entertainment industry by bridging the gap between the human spirit and technological innovation with one-of-a-kind live, immersive concert experiences.” Members of this unique, multi-faceted, and technological fascination include: mastermind of the project, entrepreneur, technologist, musician, multi-instrumentalist and saxophonist/rhythm guitarist for the iconic bands, Pink Floyd, Supertramp and Toto, Scott Page, drummer of the legendary Jane’s Addiction, Stephen Perkins, founder of Kid Rock’s Twisted Brown Trucker Band, and guitarist from the touring Hendrix Experience, Kenny Olson, and Norwood Fisher. 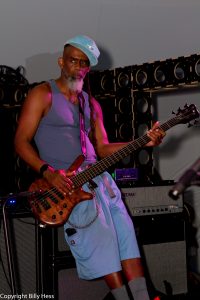 Aside from the thrilling musical and virtual reality immersive experience, Think:EXP also supports the Harold Robinson Foundation which Norwood is a huge advocate of. The organization sends children from the Watts community, a neighborhood plagued by gangs and poverty to camp. Norwood and Think: EXP are also responsible for setting up music programs for the kids in the Watts Middle School.

As a core band member of “Think: EXP”, Norwood Fisher is the coolest looking, most laid back person on the entire planet. I caught Norwood in between sound check and the concert at the LA Wisdome in Downtown Los Angeles….

How did you become involved with Think:EXP?

I was doing several projects and one of them was a band called Trulio Disgracias. I was celebrating the 30th anniversary of Trulio Disgracias at a club called The Mint. I was doing themes every week, every Wednesday. On the final night we did “Wish You Were Here” in its entirety. Scott Page had been showing up to these shows sitting in and jamming and I was happy to have him there. It was David Moss that suggested that I do Pink Floyd songs and feature Scott because he really shined. For the 30th Anniversary they were doing Wish You Were Here in its entirety. It was amazing. I brought Scott Page and Stephen Perkins and a few other people to execute that part of the evening. At the end of the night Scott said he was going to run with this and get back to us when he figured out what to do. 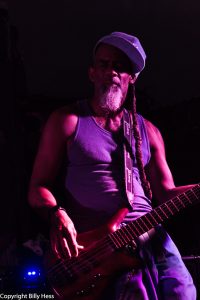 And I guess he really figured it out!

Yeah, he figured it out……So then the next thing that we did is Scott flushed out the whole concept of what we were doing as a band and we played at the Peppermint Club, which was amazing.

We were already playing together so when he told me what he wanted to do of course I was in. He was showing up to everything I was doing and having a ball….that’s Scott Page, having fun with me. Of course I’m going to do his goddamn thing.

What do you see in the future for Think:EXP?

Ultimately, easily with the Dome situation I see it expanding into other cities. It’s a no-brainer.

Do you see this changing the entire music industry?

Yes. I think Scott’s ultimate vision is solid! The ability for what we do to function beyond the Pink Floyd experiences actually is open for people to come in and see the model. There are so many levels. I am learning from Scott really what’s possible, just in conversation. So watching this move forward…..Scott is brilliant so I love to listen.

You’re a brilliant musician as well.

I like to have fun, I gameified the whole thing. Scott’s background in the tech world has afforded him the ability to source a level that I’m actually not familiar with. I am in unfamiliar territory and I love it! Bringing this into this dome thing, it feels like when we started but there was no dome there was only us. Once we took it into the dome….Scott was already thinking far ahead. Then to bring it to the dome that was just a technical part that none of us envisioned. He wanted to bring in the most high tech, advanced things that we could, but that was a blindside for all of us. Scott had this intention and it was realized in this, beyond what we were all thinking.

This journey is taking place in a different realm of belief. Unless you’ve seen it, it’s nearly impossible to grasp.

This was like a magic trick that we didn’t know we were part of.

Think Floyd by the THINK:EXP supergroup is continuing to hold gigs in a 360º dome with the THINK:EXP and can be seen June 7/8 at the Wisdome in LA. Get your tickets on EventBrite today: