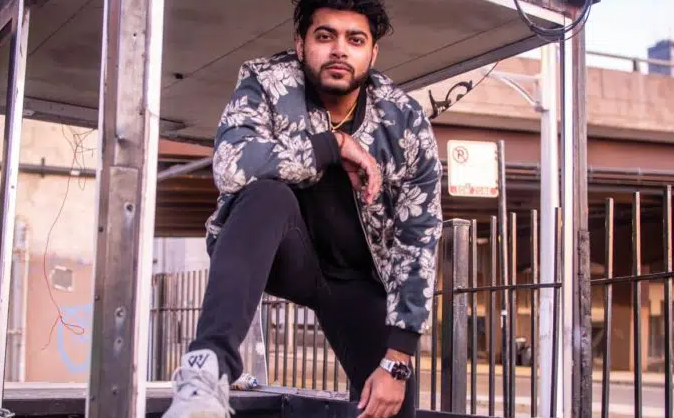 Noorani Pirani, or Noor, for short, is a Chicago based Hip Hop artist who is set to drop his EP, Phoenix. A conscientious Rapper, Noor explores themes such as rebirth, transformation, and innovation on his latest effort. Noorani points to his difficult upbringing, as to what shaped him as a person and an artist. A Muslim, Noorani performed at the World Trade Center in Dubai in 2016, and cites the experience as a milestone life achievement. He’s also involved with non-profit organizations that specialize in issues such as poverty, climate change, and something he’s been personally affected by; domestic abuse.

On the title track, “Phoenix,” Noor stretches the chorus to its limits to emerge with something rather catchy.  His vocal ability is not restricted to one style, and we get something a little left of center, here. I think I had an epiphany/It’s my affinity/and my abilities. Noor makes references to the metaphorical Phoenix, that rises from the ashes. “Phoenix,” is a memorable track with just the right energy to be a featured addition.

Lyrically, Noor has the potential to reach an elite status. On “Who I Am,”  he drops so many standout lines and punchy one-liners that it was almost difficult to review. This is the track where we learn just how skilled and dexterous Noor can be. An almost translucent intro brings in “Money On My Mind,” but things quickly get brought back down to Earth. This track is a moving vehicle and like the rest of Phoenix is well composed and delivered. Noor may go back to the chorus once too often, but it works as I couldn’t get the phrase, “Money On My Mind,” out of my head.

“Conquest/Overthrown,” which features guest vocalist, Morgan Gold, hears Noor become rather defiant. In a somewhat profanity laced, musical tirade, Noor addresses all of his adversaries, past and future. “Long Live The King,” might just be the centerpiece of Phoenix. Featuring Sasha Go Hard, this a blistering track with major label levels of production. Masterfully composed, Noor gives a performance that is dripping with confidence on “Long Live The King,” as he predicts his future with jarring certainty. For her part, Sasha Go Hard delivers a spicy and main event worthy verse, that won’t be easily forgotten.

Noor has achieved exactly what he set out to with this record, by embracing the themes that define it. He sounds undeniably motivated across every track, and there is gravitas contained within each one. There are no throwaway or self-indulgent moments on Phoenix, even when Noor is being somewhat self-congratulatory. His intensity is justified by the sense of urgency that this album possesses. Noor has taken all the negativity that has had a presence in his life, and in his surrounding world, and responded to it in the most artful and humane way he knows to. Whether you’re a Hip Hop fan or just enjoy well-crafted music with inspired performances, there is something of resonance to be found on Phoenix.