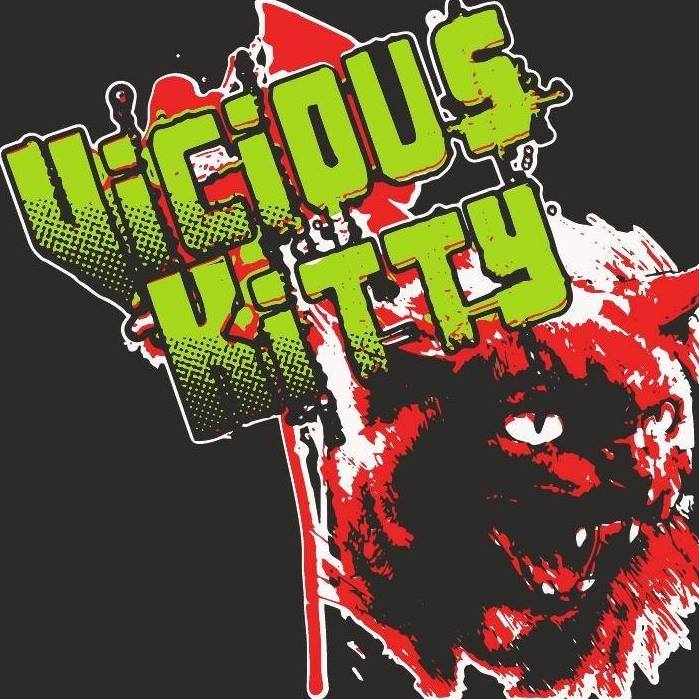 Vicious Kitty is back on the prowl with a new mix of their song “No More Waitin’,” which was originally on their 2018 self-titled EP. With an infectious guitar melody, excellent bass line, and exciting drums, “No More Waitin’ (Remix)” explodes out of the speakers and hooks you right in. The well harmonized vocals add another layer of depth and talent to the song, and the flippant lyrics give it a fun punk edge. Even though it’s a hard rock song, it still feels easy to listen to and makes you want to dance or play air drums. It’s technically talented enough for an older crowd to enjoy, and loud enough for a younger crowd to get into it.

Vicious Kitty is composed of Matt Tantrum, Jimmy St. Bitchin, and Tony Terlicker and based out of Washington. Despite the setbacks of the pandemic, the band has continued pushing themselves to play better and better. They used the extra down time to practice and polish up their new album set to be released next Spring. They all seem eager to share their love of music and their passion for playing with the whole world. Their sound is perfect for live shows; up beat, saucy, flawless, and capable of whipping a crowd into a frenzy. “No More Waitin’ (Remix)’ ‘ is a great example of that power, with the killer guitar solo and “you ain’t nothin’ special” attitude.

One can hear the influence of the 60’s and 70’s in Vicious Kitty’s sound, but it doesn’t keep it from sounding modern. They are able to have a current vibe while staying true to the type of music they really love. “No More Waitin’ (Remix)” plucks all the best bits from heavy rock, metal, punk, and pop of the past and moves it into the present. You can tell these guys have been proficient for a very long time and they love what they do. They seem to have really hit their stride with Vicious Kitty and make it sound like it’s effortless to be so in sync with each other.

“No More Waitin’ (Remix)” is the first in a series of single drops the band plans on releasing before their album next year. They’re also planning on releasing a new music video, their latest one being for “Innocent Girl,” their single from last year. If the rest of their singles/album sounds anything like this new version of “No More Waitin,” I think it’ll gain them some much deserved recognition. The members of Vicious Kitty have put in more than their fair share of work in the music business and it’s time their talent is heard and seen. It’ll be fascinating to see where this journey takes them and whether or not they end up gaining traction.

If you need a pick-me-up on your drive to work or you’re pissed at someone who thinks they’re a little too special, throw on “No More Waitin’ (Remix)” and headbang or air guitar your troubles into oblivion with Vicious Kitty.