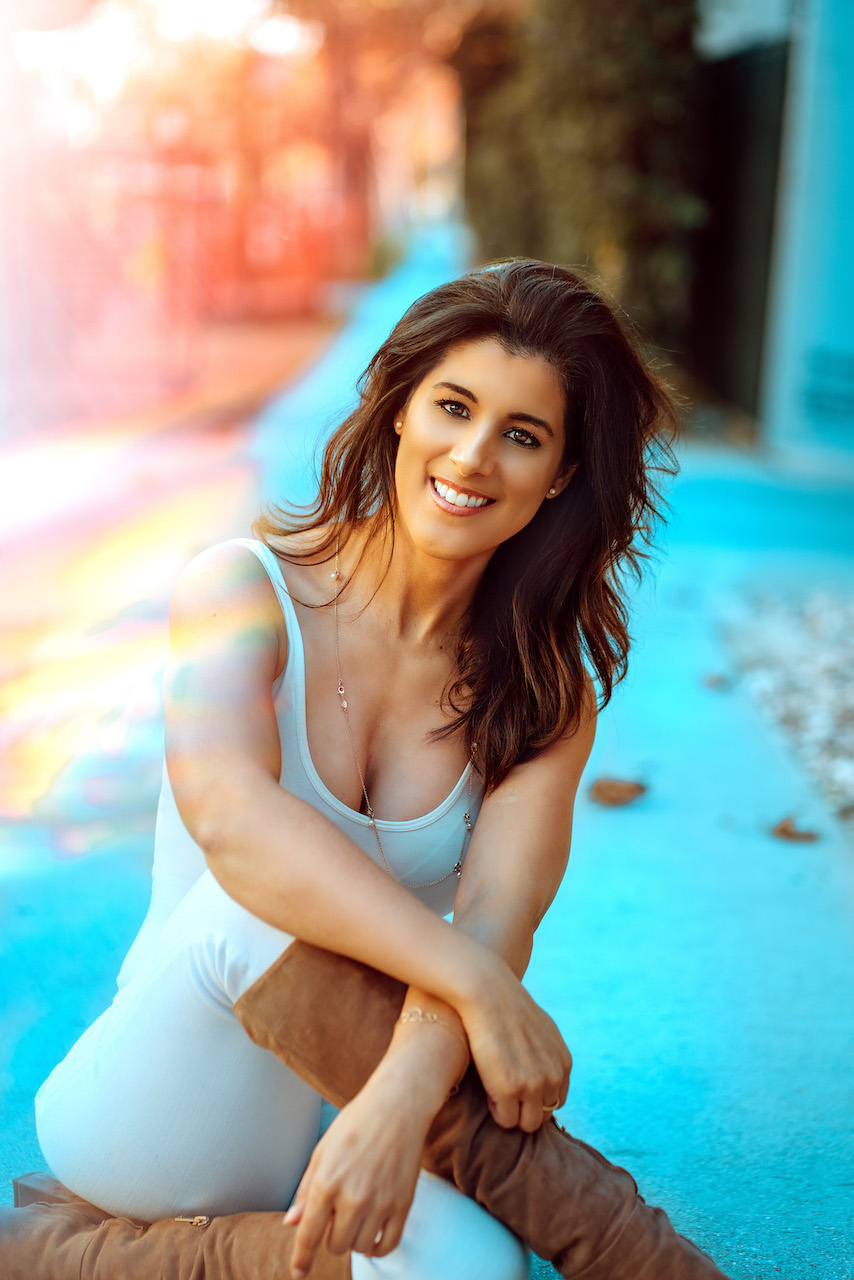 Nicole Rodrigues is one in a million. As the CEO and founder of NRPR Group, her own PR/marketing firm, she elevates her clients to the highest destination they could possibly reach…..and her secret is mutual respect. Respect for the media, respect for the client and respect for where the client wants to go……

Nicole you are involved in so many things including a PR company, branding, tech, a podcast….which do you enjoy being identified by first and foremost?

CEO and founder of NRPR Group… This is the agency of my dreams. I had gotten into PR and marketing over 20 years ago. I had experienced in-house,  I worked with the Las Vegas Raiders when they were the Oakland Raiders. I did tech PR in Silicon Valley. I did digital entertainment before digital entertainment was a thing. What I recognized when I was in-house was that I needed my PR team to give me their heart and soul and creative ideas….and I didn’t always get that. So often times I found myself hiring a PR firm and hiring in-house. When I got into agency life, and I was very blessed to have worked at some really great agencies, including one in the San Francisco Bay area that really saw the future forward. I knew it was a necessity to think of all the communication platforms and not just traditional media. So, I got a taste for what that was as we started to bring Facebook and Twitter into our repertoire. Then going to other agencies and putting in those best practices. When I came to LA, I saw that they were not thinking in terms of social media, they weren’t thinking in terms of other platforms to communicate. So, I saw that there was a big gap, especially being here in LA in terms of agencies. I had my Jerry Maguire moment and thought that as the leader of a firm that I had to be there for my clients and be there for the media. People forget how important media are to PR marketing jobs. Without the media we cannot do our job. I try to shout this from the rooftop to all PR people I know. Respect the media. Your relationships with them is going to be the insurance that you have on your job. If the media does not want to work with you, you are not worth a damn. If you don’t have friendships in the media, find out what they want in hopes that you get what your clients want. So that’s why I built NRPR, the principles of loyalty to the media and true, true service to both them and the clients to get everyone what they need and not just making it a one-sided situation.

What a perfect answer! I’m definitely on the same page with that answer for sure.

Yes, I believe it in my soul. I love my media friends and without them I wouldn’t understand how to pitch right, how to close or what they need. Being able to pick their brains and vice-versa is a way to make a pact to enjoy your job.

You also have a very cool podcast called PRfect Pitch that I absolutely fell in love with ….tell us a little about that?

My podcast is an opportunity that I created to allow the media to be the interviewee. It’s where my friends in the media get to speak their peace. They get to share the do’s and don’ts of working with them and they get to share their personal stories of how they got into the media. It’s like a spotlight on great media people and their journey because again I think that so many CEOs call the PR person and demand that they call the media for a story, however, they don’t understand what that media person wants. They don’t understand that media person as a human, so why are they targeting her? Or they go to Forbes and they wonder do they actually know what Forbes wants? I think with the podcast that it really humanizes the media for all people who listen, especially the PR people and even CEOs who want to learn how to work with them. It’s showing them as true humans have a job to do. That’s what I love about the podcast, turning the tables, if you will, and allowing the media to be interviewed versus being the interviewer.

That’s genius and so true again. Now I want to give you some bragging rights, who are some of the clients that you’ve worked with that were special or that you had the most fun with, or a great relationship with, or that you might want to mention?

I love so many of my clients. I’d have to say some that are near and dear to my heart were on behalf of Heal. Getting to know one, working with Lionel Richie as an investor for Heal, and to be able to hand select certain media that he could form relationships with on the business side. I think because people forget that because Lionel has been in the entertainment and the music spotlight for so long that he does do other things. He does have business ventures and his relationship with Heal and trying to make healthcare, the doctor patient relationship so much stronger…. And actually being an active open investor who would talk to media…. He’s someone who has such character and poise, and even with the level of success that he’s had he is inspiring. So, I feel very blessed to have gotten to know him and his great management team and really build up the Heal profile with it in partnership. And again, working with media and finding out what it is they would want to hear from Lionel because obviously it’s not going to be about music. Let’s talk about what you want to learn about his investing in, what he is looking at in terms of healthcare in the future.

That’s something I’m very proud of because prior to that, Heal never had any PR agencies. Heal never even thought of it as an element, and  I thought what a huge miss when they could use Lionel’s voice. The man is smart and he is eloquent when he speaks. So that one for sure. That’s always going to be memorable for me. Being their lead PR person for years and really raising the visibility and working in partnership with Lionel was a really amazing opportunity.

In another world before starting my agency, I think one thing that I was really blessed with was being able to service and do the PR and strategy for original content for Hulu. Basically, the first round of original series with their in-house team leading the strategy and that was a huge honor. To be able to write that strategy for all of their original shows and get them into the second round and really build them up. And at the same time being trusted by YouTube, knowing that there were some competition that they trusted me enough to know that I would be politically correct when it came to projects and I wouldn’t tell the other what the other one was doing. I really kept things professional. To be the lead vice president of digital entertainment of the firm that I was with before starting mine, that was where I got the courage to know that I could do it. Leading both YouTube and Hulu simultaneously was a huge honor.

Also, LA Comic Con were growing in the eyes of Con attendees. Everyone thinks that San Diego’s Comic Con is the mothership.  LA Comic Con trusted me to come in and raise their visibility and their narrative. They had other PR firms before us that did not do them any justice. We basically won the lifetime contract with LA Comicon for as long as that CEO is in place. He said that “we are his forever agency.” He said we were the only ones that were able to get him main stream press and bill constant coverage. They have thousands of press hits now in a matter of a couple of years because of us. We continuity helped them with their narratives and strengthening their announcements.

You obviously love what you do. I know as a journalist and also a PR person that there were challenges that I face every day. What are some of your biggest challenges?

Girl….tell me how many hours you have? Honestly, it’s more like an education. Again, I don’t think that most executives understand and appreciate the ecosystem that PR and journalists work with. I think they are always looking for a shortcut and they are not fully educated on how things work. They think they can just push their way around and get on the front page of the business section of the LA Times. If it were that easy everybody would do it. It’s one of those things where give me the ammunition to continuously build, and I think that so many of them are looking for that shortcut that they actually cut themselves. The ones who are willing to build around their leadership team, build stories, build a narrative, take the time and build relationships are the ones who get staying power. Those are the ones that will stay within the media.