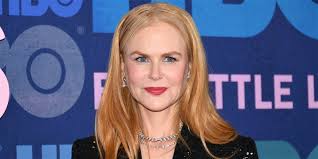 Nicole Kidman had no idea who Charlize Theron was after she underwent a transformation for her role in Bombshell.

In the flick, Charlize plays Fox News host Megyn Kelly – and it turns out the make-up and costuming was so good, it also fooled one of her co-stars.

Speaking to Entertainment Tonight at the Elle Women In Hollywood Awards on Monday, the Long Shot star explained how her pal was taken aback by her unrecognisable transformation.

“She walked by me at one point and I thought she was mad at me,” Charlize recalled. “I thought, ‘Oh god! What did I do? Did I mess something up in her trailer? Did I not say hi nicely?’

Nicole plays journalist Gretchen Carlson in the movie – a biographical drama surrounding the women at Fox News who stood up to former network chairman and CEO Roger Ailes and exposed a culture of toxic behaviour and sexism.