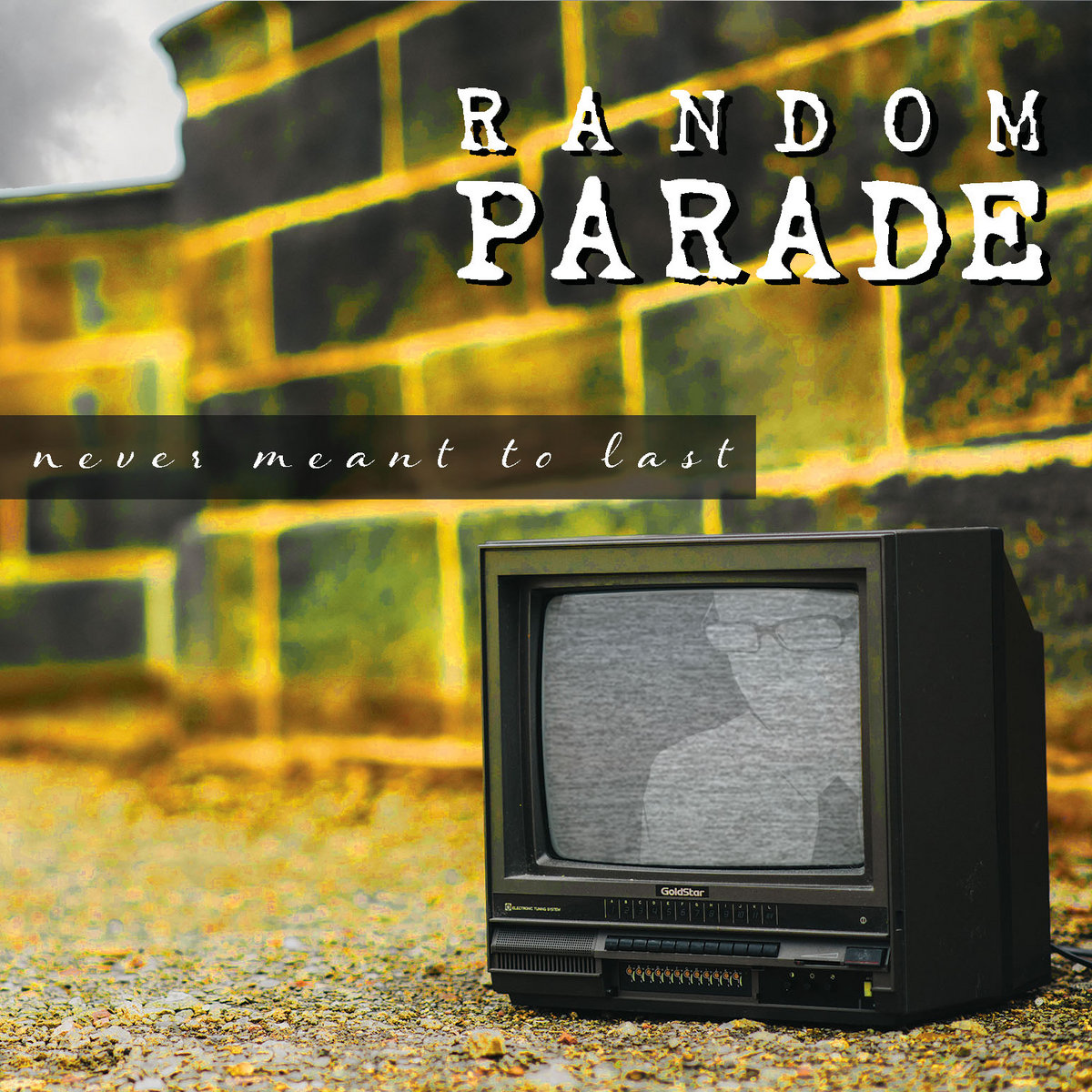 The second full-length album release Never Meant to Last from Southern California’s Random Parade successfully combines several complementary musical styles. It isn’t an experimental effort in any real way as there’s nothing groundbreaking about its musical approach. Random Parade’s creative heart Gregory Christopher, however, has written increasingly imaginative arrangements and his songwriting canvas expands with each new release. The nine songs included on Never Meant to Last are arguably Random Parade’s best yet, incorporating all of the best qualities from prior releases while casting an eye towards the future.

Anyone who loves guitar will enjoy these songs. The playing on “Lockdown” and elsewhere crackles like a live wire and veers between crushing power chords and skewed lyricisms without blinking. The song has a strong driving beat you won’t soon forget. Christopher achieves, if nothing else, a vital sound for the album’s songs and they surge with life even in their darker moments. Christopher’s vocals move in a world where absence has become claustrophobic, and the empty streets deepen whatever despair he may already wrestle with. It’s a powerful song both lyrically and musically.

He mixes electronic instruments with guitar, bass, and drums as well as anyone who’s come along in the last quarter-century. “Therapy” positions the electronic contributions in the background while flexing Random Parade’s rock muscle front and center. It’s doubtful anyone minds, however. It’s a powerful and sometimes crushing display of Parade’s capabilities in that department and the rhythm section deserves special note. The bass and drums provide “Therapy” with an impervious foundation unlike anything else on the album.

“Illusion” has another claustrophobic arrangement see-sawing between two extremes. It’s an all-or-nothing song fitting the lyrics as either nearly all the instruments fall away leaving us with little else but voice and drums or else ferocious guitar brings everything crashing down. Christopher has an excellent sense of how long to draw passages out and “Illusion” is a model of his sensibilities at work. The darkly humorous “Firing Line” saves its “punch line” imagery for near its end, but it’s a payoff worth waiting for. This may be one of the album’s sleeper gems thanks to its positioning late in the release.

It has arguably the album’s best vocal melody and, as a result, much more outright commercial appeal than anything else on Never Meant to Last. It isn’t plotted out that way in a crass manner but, instead, has a natural feel you never question. “Funeral Exhale” turns the spotlight onto an aspect of Christopher’s songwriting skills we hear flashes of in earlier songs as his storytelling gifts bloom full flower. It isn’t a happy story, naturally, but it’s capable of carrying listeners away and holding their attention. The music isn’t an afterthought either. Nothing is on this release. Many first time listeners will become immediate fans when they hear the obvious commitment Random Parade puts into these songs. This is material lived, processed, and then reshaped as musical art. Never Meant to Last may represent a truly transformational moment for Random Parade’s journey.