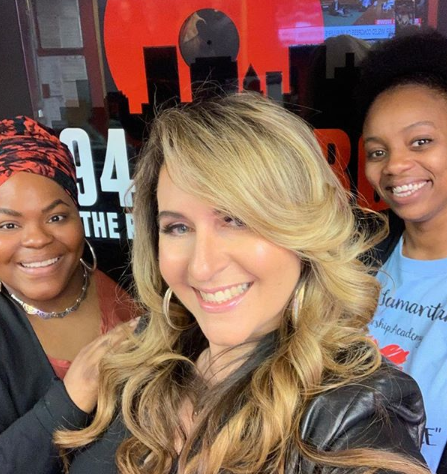 Creeping out of the silence, a sexy beat finds singer My Luv Notes in the right groove to make a ripping rhythm all them more exciting in “Day Late,” which sees the acclaimed rapper and composer delivering some of her smoothest rhymes so far. It doesn’t take more than seven seconds for My Luv Notes to enter the picture, but in the brief intro that we do hear in “Day Late,” a lot of different elements come into play. The bassline is established as the foundational framework for everything that comes forth, but even at its most intimidating it’s never quite as threatening as the slick vocal from the star of this one-woman show is. All eyes are on her in this song, and that’s putting it very mildly.

The rhythm ebbs and flows in “Day Late,” much as it has in previous singles by My Luv Notes, but it has a much statelier feel in this track than it did in the similarly exotic “Snake Charmer.” It’s as though the drums are going to come crashing out of the ethers and into the room around us, but the golden-toned vocal never allows them to get close enough to actually do us any real harm. Everything here was painstakingly arranged as to keep all of the focus on the vocal, and aside from a couple of experimental quirks that, frankly, should be left right where they are, the flow of “Day Late” is probably the smoothest of any My Luv Notes song, new or old.

It’s pretty obvious from the beginning of this single forward that connecting with more of a hip-hop-themed sound than an urban pop/R&B grind was the main goal here, but I don’t think My Luv Notes was trying to win the approval of mainstream execs exclusively. This is an artist who is constantly adapting her style of play to suit the skillset that she’s got, and though no two of her songs bear the same aesthetical breakdown from top to bottom, to suggest that there’s no continuity in her music would be completely untrue (and a little insulting to her abilities as a songwriter and performer). She’s an eclectic act, but one that even the most discriminating of fans can appreciate in some way, shape or form.

“Day Late” winds down in a bombastic vocal harmony that I found startlingly warm and well-rounded, and as it disappears into the night that gave birth to it, there’s no debating whether or not we’ve heard an instant classic from My Luv Notes. Her work has yet to receive the kind of attention that it truly deserves, but I think that could possibly change after this track gets into steady rotation somewhere on the American and European circuits. My Luv Notes has come a long way and is still ascending towards her ultimate vision of ruling atop the pop underground, but for how short of a time her name has been in the headlines, she’s shown us that she’s no one trick pony by any means.