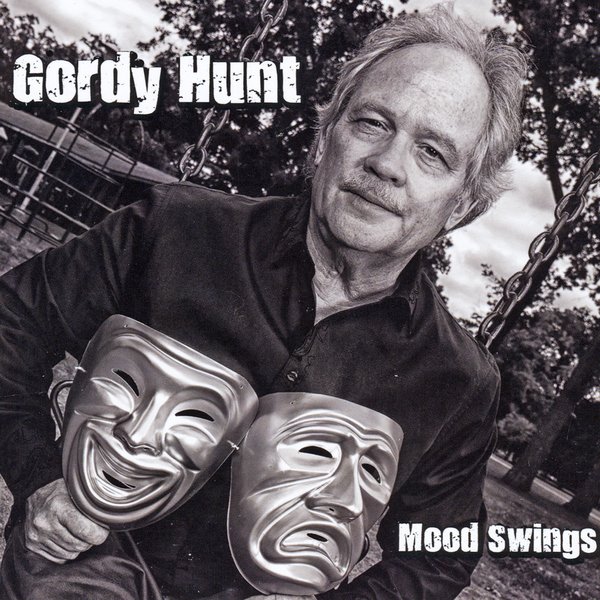 Gordy Hunt’s new album Mood Swings opens on a vibrant note with the song “Just Can’t Leave Her”. You can’t ever accuse Hunt of working as an one trick pony – this track and later cuts make bring horns and organ into the mix in a convincing way rather than sounding like he’s straining for musical diversity. It’s an excellent opener for a variety of reasons but, chief among them, is the energy crackling off this tune that signals he means business from the outset. “Make Out Music”, from its title alone, might lead listeners to believe they’ll be hearing some slow and sultry number, but Hunt confounds expectations with its energetic musical rush. Though the song’s subject matter doesn’t intend on remaking the wheel and plows familiar ground, the writing is sharper than most and his identity shines through from the first line to last.

There’s definitely a fair amount of looking back on Mood Swings and the elegiac “Broken in Two” definitely harbors those sorts of sentiments. There’s a layer of melancholy present in the performance as well, both musically and vocally, and Hunt turns in some of his best singing on the release with this track. The melancholy disperses with the bluesy “Wine Women and Song”, a paean to the joys of being young and unencumbered discovering the world for the first time. The vocal comes across as delivered with a smile and the band performance is strong across the board, but the guitar playing is a particular high point for this song.

“Ransacked Hearts” is my favorite song on the release. Hunt shows off another side of his songwriting talents with this track as he adopts the role of storyteller and his eye for significant detail, not to mention his capacity for striking rhymes, help make this cut a marquee number on Mood Swings. He generates genuine sympathy for his characters and involves listeners in the story with deft touches only a superior songwriter can bring to bear. The epic “Waste of Time” runs over eight minutes long and keeps listeners involved from beginning to end. It doesn’t rate as high for me as the preceding track, but it’s a close second. There’s a clear reason why he chose to couple these two songs and, as a tandem, they constitute for me the heart of this album.

The unvarnished honesty and musical inventiveness of “Sweet Coffee” makes the track another standout number that you can’t overlook. I found myself wanting Hunt to be a little less hard on himself when hearing the lyrics, they border on self-loathing, but there’s a thirst for more than just sweet coffee in the writing. It’s redemption he’s after and the fact he believes a redemptive moment is still possible, and its creative musicality, pulls this track out of a despairing mire.

The closing track “Stomping Grounds” has a hard edge, never overwrought, and fits in thematically with many of the earlier numbers. Hunt’s lyrics are, once again, occasionally rueful and self-deprecating, but they express sentiments anyone over the age of thirty will experience some emotional connection with. Gordy Hunt and his band deliver a memorable listening experience with the album Mood Swings; this is songwriting built to last.