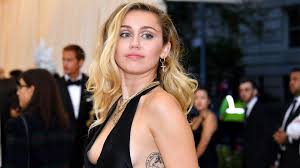 The 26-year-old pop star broke up with Kaitlynn earlier this week after less than two months of dating, and it has now been claimed their decision to part ways comes as Miley isn’t interested in a “serious relationship” right now, and wants to put herself and her career first.

A source told People magazine: “Miley doesn’t want a serious relationship. She and Kaitlynn spent every day together and it just wasn’t anything that Miley wanted to continue doing. She wants to focus on her career.”

Miley’s split from the 31-year-old reality star comes after her high-profile break up from estranged husband Liam Hemsworth, whom she broke up with just days before she was spotted with Kaitlynn for the first time.

Speaking about the split, another source said this week: “Miley and Kaitlyn broke up. They’re still friends.

“They’ve been friends forever and were there for each other when they were both getting separated, but they’re just not in a romantic relationship anymore.”

The ‘Malibu’ hitmaker was spotted locking lips with Kaitlynn – who also recently split from ex-partner Brody Jenner – on the same day news broke that she and Liam had ended their seven-month marriage, but she previously insisted she had never cheated on the ‘Hunger Games’ star.

The chart-topping singer confessed to making numerous mistakes during her young years, but insisted she was committed to trying to make their marriage work.

She explained: “I can accept that the life I’ve chosen means I must live completely open and transparent with my fans who I love, and the public, 100 percent of the time. What I cannot accept is being told I’m lying to cover up a crime I haven’t committed. I have nothing to hide.

“It is no secret that I was into partying in my teens and early 20’s. I have not only smoked, but advocated for weed, I’ve experimented with drugs, my biggest song to date is about dancing on molly and snorting lines in the bathroom.

“I f***ed up and cheated in relationships when I was young.

“I lost a massive Walmart deal at 17 for ripping a bong.

“I got kicked off hotel Transylvania for buying Liam a penis cake for his birthday and licking it.

“I swung on a wrecking ball naked.

“There are probably more nudes of me on the internet than maybe any woman in history.

“But the truth is, once Liam & I reconciled,I meant it, & I was committed. There are NO secrets to uncover here. I’ve learned from every experience in my life. I’m not perfect, I don’t want to be, it’s boring. I’ve grown up in front of you, but the bottom line is, I HAVE GROWN UP. (sic)”