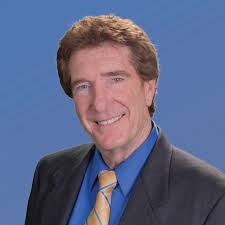 With scenes from a bad movie, the Coronavirus has given everyone on the planet a starring role. One such person affected is long-time television host Mickey Burns from the one-on-one talk show “Profiles With Mickey Burns.”

Considered by the stars as one of their favorite television hosts, Burns has compiled a behind the scenes chronicle of those he’s interviewed that is brimming with humorous antidotes, intimate conversations, and heartfelt stories never before published or known in his new book, “From The  Projects to Profiles: A Memoir.” Although right now presents a great opportunity for people to read his manuscript and tune in to the award winning “Profiles” (aired on NYC Media Ch. 25 on Saturday at 11PM, Sunday at 7:30PM, and Tuesday’s at 3:00AM), however securing celebrity guests for future shows does present a challenge. Mickey was kind enough to be candid regarding some of the provocations of producing his television program.

The most basic question I can ask is how are you dealing with the restrictions outlined by this pandemic regarding your career?

So far it’s kind of knocked us out of our norm. For the month of March most of our guests that we’ve scheduled have canceled. That’s been a little unsettling because we’ve never been in this situation before. We’ve been doing this show for 20 years. Each month we schedule a certain number of guests so we can maintain the program at a high level. So now we have to deal with, what do we do now that we don’t have guests? I’ll give you an example, Chris Harrison was scheduled for yesterday however he decided he would not fly. We had other people for the month scheduled and since a lot of them are entertainers, the venues in New York that they were set to perform at are all closed. It’s a trickle-down effect. We can’t get our interviews done and the people that we were supposed to have on our show have no place to perform, including Broadway and clubs. So, it’s been unsettling to say the least.

I understand that the late night TV shows have canceled their production like Jimmy Kimmel and Jimmy Fallon. They claimed that they couldn’t do the show without a live audience.

That’s correct. What you do is you wait it out. You try not to get sick yourself. There’s an economic factor as well.

Almost as bad as the virus, everyone is going broke.

That’s a problem. You have the people that work in Broadway, they are not there working. You have all the bartenders, they are not working. The people in the restaurants that wait on the tables, they aren’t working. In the media business it’s pretty similar. If we don’t have interviews to do, I can’t hire my videographer and my lighting guy and my techs. So for March they don’t make money and how do they pay their rent? This is a major concern not only with our operation, we try to pay them as long as we can, but it’s difficult when you yourself don’t have money coming in and you’re not maintaining the program. A lot of these people are freelance, so if you’re not doing production they are not getting paid on a freelance basis. That’s the nature of the TV business in many cases. I’m concerned about that because I want to pay them and if not, I want to try to find other work for them, to keep them editing and shooting and stuff like that outside of the show. But how long can you maintain that as well? It’s a challenge.

Yes it is, however if you view it from the other side of it, for instance your also an author and what a good time for people to discover your book, “From The Projects to Profiles.” People will be doing a lot of reading and watching television.

It’s so true.The business that we are in is producing television shows and as you mentioned I just released a memoir. So, it’s a good time to find other alternatives then what people normally do like go to restaurants, movies and events. Now they’re stuck at home. So, I would think our television viewership will be higher than ever, because we are broadcast Saturday and Sunday and people are stuck in the house. We have a great shot at getting a great viewership and probably selling a lot more books because reading is an option at this time. So those two things are positive things in a gloomy situation.

How about yourself at home, your own personal life….how has this affected you?

That’s a good question because when the weather is nice, I live right next to a park so I try to get out of the house as much as I can. I like to walk and exercise, and I play golf. I think that golf is something we can continue to do, you’re outside, you’re not close to other people, so that’s one option. When I’m home I also like to read, and watch TV and see how the other programs are run and maybe catch a good movie occasionally. I just hope we don’t get cabin fever. That’s the thing. We are at the beginning of this. What is it going to be like three or four weeks down the road when you can’t go to a restaurant, and you can’t go to a movie and you can’t socialize really with other people? I used to meet with people for breakfast and then on Saturdays we would also have a group for breakfast, and that now isn’t happening. You’re losing your social interactions which is upsetting and unsettling. I understand why it’s happening, but it is not a good situation and no one’s happy with it.

You know, it’s a good idea because when you get together with longtime friends it was always interesting to get the latest news of what was happening. If we could do it through social media why not? As far as the show goes, I feel that many of the guests that we were supposed to have are enthusiastic about being on the show. It’s not only disappointing for us but I think many of them wanted to promote certain things like a new album release, a new movie coming out, and now they don’t have that opportunity. It’s like your life is put on hold. That’s the best way I can describe it. We are all trying to get through it and I think we will, it’s just a matter of how long. Every time they come out with a new estimate it seems to be elongated. First, they said the end of March, then mid April, and now they’re saying July. That’s scary and as far as us doing the show it’s almost like we will be starting from scratch whenever the curtain is lifted. Once it’s lifted now you have to go out and get guests and schedule them. That’s a process.

As a show host are you planning on maybe re-airing some prior episodes?

Yes. The good news with our operation is we always stayed a couple of months ahead. We always did enough episodes so if something like this did occur, we never dreamed that it would be this, but if something happened with the host and he couldn’t work for a couple of months, we’ve always stayed about two months ahead for the past 20 years. Right now, I think we are good up until June. We have enough new episodes to carry us through mid June. We are in pretty good shape there. Another thing that we plan on doing is airing what we call “Best of” episodes. We put them in categories. We did about 20 of those episodes the past few years. For instance, we do one called, “Best of Rock and Roll Hall of Fame.” We put people like Smokey Robinson together with Mary Wilson and made a themed best of. We would do it with Broadway stars, comedians, so there are new episodes but they are segments of old interviews.

People seem to like them. So that’s our plan for later June and July if we’re not back doing new interviews.

She’s in the one with the comedians. We also did a Joan Rivers tribute episode. We had her on the show twice, so we combined the best of the two interviews. That’s something we can always air. I mean we have 500 episodes and we can always go back into the vault and bring them out. A lot of people have never seen some of these.

Yes, and now you’re way more known ad popular than you were 20 years ago.

That’s right…. so the problem is not product. We are good with product and episodes. The concern as a host is I like doing what I do. It’s like a professional baseball player, he wants to get out there and play. As a host I want to get out there and interview people on an ongoing basis and stay sharp and motivated. That’s something I’m not used to not doing. I’ve been doing it for the past 25 years. Now I’m not doing it right now so I’m not happy about that. But I do understand why it’s happening. We all understand why it’s happening, but it’s not something we are comfortable with. We want to do what we do.

To take a step back and take the air out of a balloon is hard. It’s the same for all the other talk show hosts. Stephen Colbert did it from his house in one of the episodes. They are trying to be as creative as they can be but they’re going to run out of ideas there too.

Well you seem to be in a better position than most. You have a bunch of episodes not yet shown ever and then something to fall back on. You’re kind of lucky.

Yes, because we don’t have a live audience. So, when we do our interviews there is the camera people, the guest, and the whole set has maybe 10 people and none of them are close together. We can still do our production but getting the guests has been a challenge. It continues to be and it will continue, but there is light at the end of the tunnel. We’ve had other examples of things like this. I remember 911, we were pretty much in hiatus for at least a month or two. The same with hurricane Sandy. That was another example. Things were not back to normal for at least a month so then.

That’s good that you pointed that out.

This is just another example of something like that, but I think it’s going to last a longer period of time before recovery. But when you think of hurricane Sandy, the recovery was very long. Some people still haven’t recovered. I remember that and it was very similar to this. So, this is not the first time we’ve experienced a down-turn in our norm.

Get your copy of “From The Projects To Profiles: A Memoir” by Mickey Burns here: