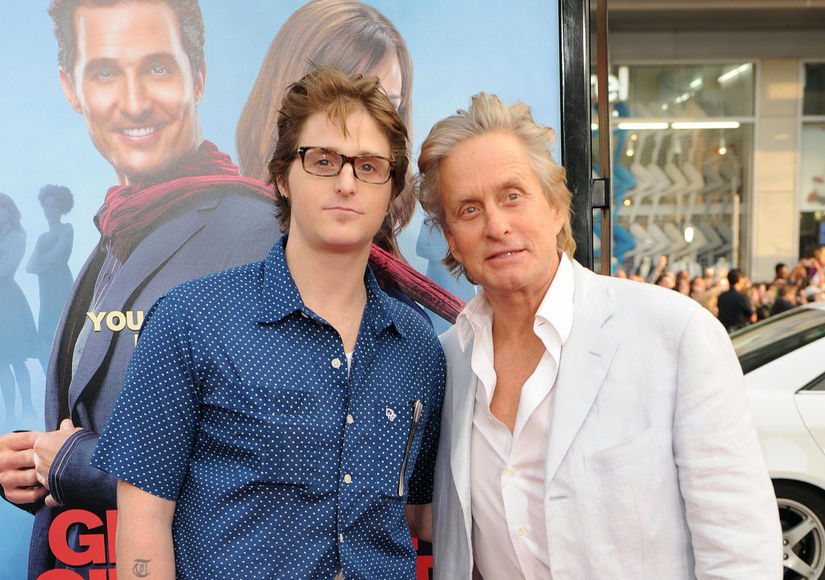 Michael Douglas: “My Son’s Drugs Nightmare Is Over”

Michael Douglas is convinced his son Cameron has finally got his life back on track after overcoming his drug problems.

The Ant-Man and the Wasp star’s wayward offspring served more than six years in prison for drugs offences, including heroin possession and selling other controlled substances but was released in 2016.

Cameron welcomed a daughter, Lua Izzy, with his yoga instructor girlfriend Viviane Thibes in December and has also returned to the acting career he abandoned – developments that mean Michael is confident his son has beaten his demons.

“My son’s struggle was a nightmare,” he tells Britain’s Radio Times magazine. “It was stressful for all involved, very painful and difficult. He has been out of prison a year and a half and he is actively pursuing his career. I am happy to say he is in wonderful shape now.”

The 39-year-old did test positive for marijuana last April (17), a violation of his parole – but has remained sober since and undergone treatment.

According to Fox News, Michael, 73, who has two teenage children with his current wife Catherine Zeta-Jones, 48, also recently opened up about becoming a grandfather for the first time while promoting his new TV show The Kominsky Method on the Television Critics Association Summer Press Tour.

“It’s great,” he said of having Lua Izzy around. “I mean, not as much as I had hoped because I still got a kid in the house. I think you appreciate being a grandparent when everyone is out of the house and it’s empty-nest syndrome, but I still have my daughter with me.”

In his 70s Michael is enjoying something of a late career renaissance having upped his workload since joining the Marvel Cinematic Universe as inventor Hank Pym in 2015’s Ant-Man. At the press event, the veteran star revealed that he’s enjoying acting more than ever – although his stamina isn’t quite what it was in his heyday as leading man.

“I think I’ve enjoyed being more comfortable with myself and liking myself more – and not being quite as self-critical,” Michael told reporters. “And I don’t like the lack of stamina. The stamina you used to take for granted, and now you’re hoping for more.”