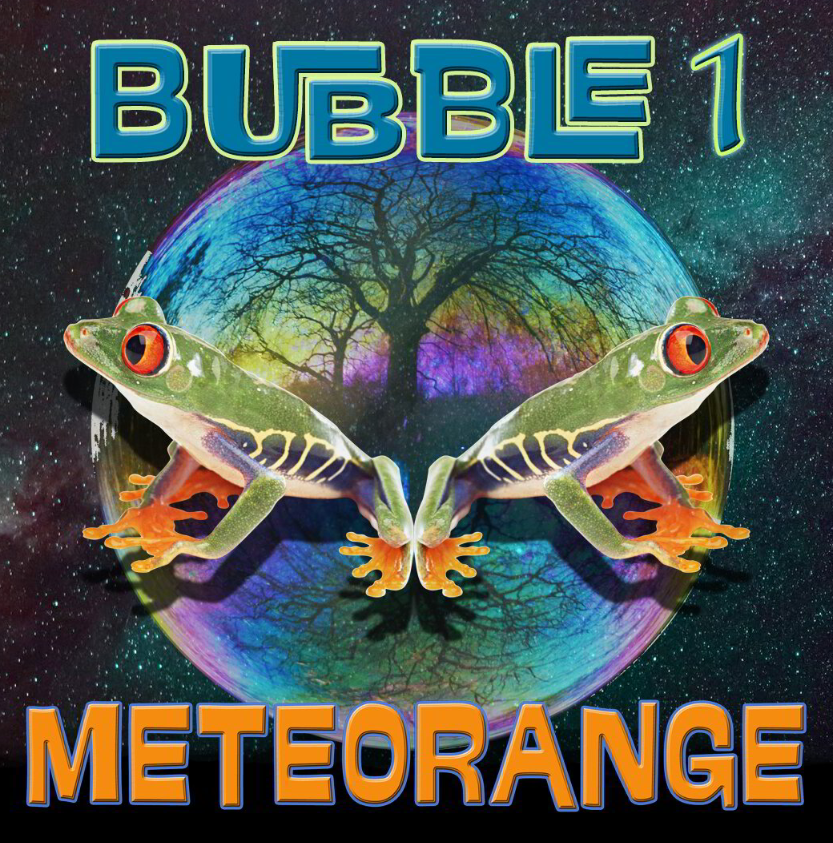 There’s a lot that’s impressive about Meteorange’s Bubble 1.Some of it may get lost in the shuffle but bears mentioning. One fact that captured my attention is that Pierre De Gagné, the musical mastermind behind the project, doesn’t produce the album despite boasting over twenty-five years teaching audio and music production in Montreal. Instead, Bob Houle mans the board for this work and helps shepherd this release towards greatness.

De Gagné’s lack of ego is revealing. He may be nearly the sole musical force propelling Meteorange’s music, but he isn’t afraid to collaborate and share the creative load. Houle’s contributions are an important part of what distinguishes this instrumental release. Bubble 1 is meant to be heard as one work, not broken up into individual tracks, but breaking them up doesn’t harm the work.

“Tribal Sunrise” opens the work with special effects more than music and it’s obvious it’s trying to set the stage for what follows. Moving from the opener into “Morning Bird” is a flawless experience and the composition reaches its highest possible trajectory when Francois Boucher’s violin enters the picture. The playing practically sings and achieves melodic richness that will likely linger in the listener’s memories long after they stopped playing the album.

“Cosmic Folk” is another one certain to lodge itself in listener’s memory banks. De Gagné’s mastery of the Celtic music tradition is beyond dispute, and he weaves choral singing into the mix without any sort of jarring stylistic clash. The production captures the human vocals, wordless but deeply emotive, with warmth and definitely a touch of the heavenly. A handful of passages in the overall twenty-three minute composition are brief interludes in the larger work and “Shorty Blues” is probably the most successful.

He has a sure touch with both the acoustic guitar and blues music in general that comes through. It made me wish it was longer; seventeen seconds seems hardly enough. Each of the work’s ten sections are connected to one another, without a doubt, but I do love how he’s been able to present the album as distinct tracks and still find its mark with me.

“Seagull Moon Rise” isn’t a track I expected to like. It wins me over, ultimately, because there’s always a musical backbone to everything Meteorange does on this album. Other elements may play a role as well, but De Gagné never gets too big for his own good and lapses into self-indulgence. This is an artist with well-defined ideas about what he wants and how he’ll get it. “Ocean Bird Song” points to the excellent structure behind this work as it’s a clear antecedent to the earlier “Morning Bird”. We’re getting a panoramic point of view from Meteorange instead of focusing on a narrow slice of life. Or sound. You can expect this artist to continue developing. He will seldom settle for long on one way of doing business and trusts his searching muse, as he should. Metorange’s Bubble 1 is the first of a series of works and promises much with its upcoming successors.