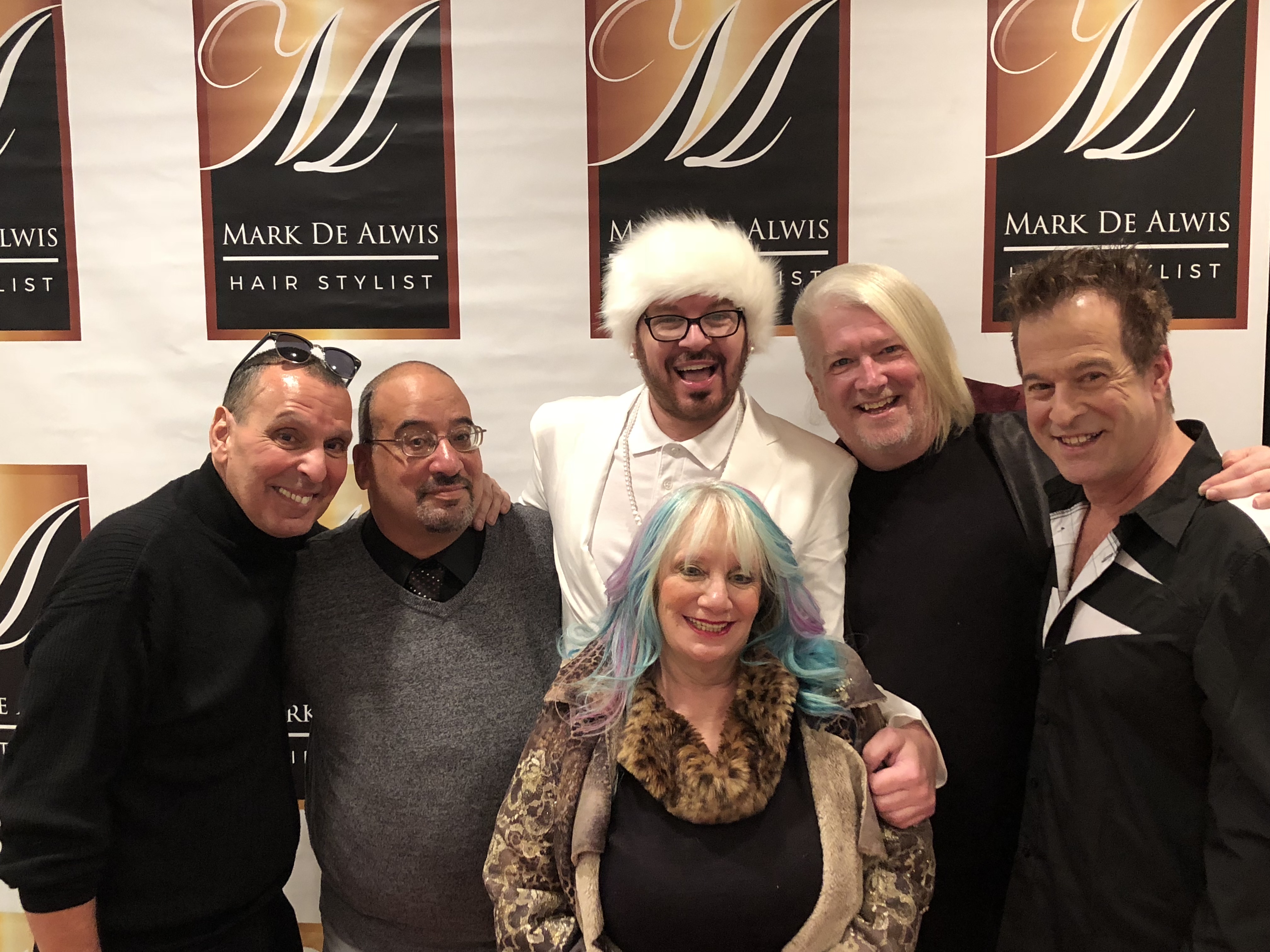 Meal on Heels: “An Extravaganza That Won’t Be Forgotten” 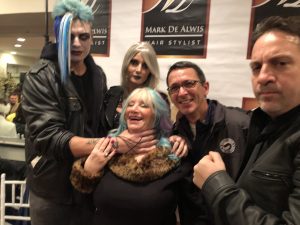 The bright, shiny Red Carpet serving as a runway and performance stage ran down the center of the “Mark De Alwis Salon”, as the models all styled and designed and the artists prepared to take center stage. The sold-out venue bustled with excitement and anticipation as the congregation found their reserved seating. The fashion week celebration of the orgasmic charity event of the season was represented by “City Meals on Wheels”, playfully exchanged by “Meals on Heels”. The organization voluntarily supplies food for the elderly, or homebound who are unable to fend for themselves by delivering nourishment via a food truck.

The fashion quantum showcased hair and makeup designs via the “Mark De Alwis Salon”. Added to the fashions were several glamorous, and sophisticated creations by Mark De Alwis allowing him to be the best part of himself. Everything from Goth to Bridal to the Woman of New York walked gracefully down the red carpet in between the glorious performances. Singer/songwriter Jason Chaos made his modeling debut. Hats off to all of the models and special mention to Jazmine Yvone, Jordan Walker, Lana Madden, Claudia Falz, Model Ligh, Mariano Rubin De Celis, Diana Madalina Puscasu, and Leanna Fornabaio.

It was a night that diversity and inclusion teamed up and came together, expressing art, fashion, and music, Gay, Straight, Hip-Hop, Rap, House, Broadway, Comedy, Queens, Record labels, and everything in between, found common ground to support a worthy cause.

It was a blissful beginning with Co-Host Tym Moss, one of nightlife’s best cabaret performers and entertainers, and the nicest man in the world, singing “Don’t Rain On My Parade”. 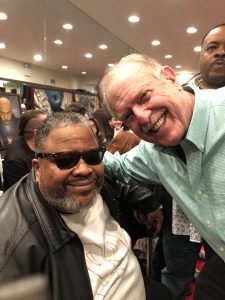 Following, the dynamic, original Yo! MTV Rap VJ, Doctor Dre assumed the hosting position. He introduced “The Queen of House Music”, and President of TRAX Records. Screamin’ Racheal traveling from Chicago who performed “I Am House”, her recent release. The crowd fell in love with her and House music instantly. Next, new rap artist and fashion model JZL debuted with her song, “Bitter Sweet”. The beautiful model proceeded to rhyme her way into the hearts of the audience. 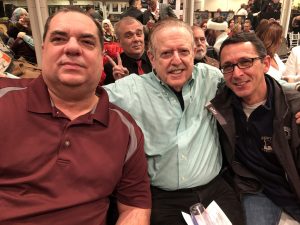 Then while waiting for the next artist to perform we were pleasantly surprised by comedian Ike Avelli. Hilariously tickling the audience this popular nightlife comedian agreed and unrehearsed, entertained the audience in a pinch. He is always funny, but last night he was twice as funny as well as being a hero. Definitely one on the highlights of the evening, and was quickly followed by another highlight. 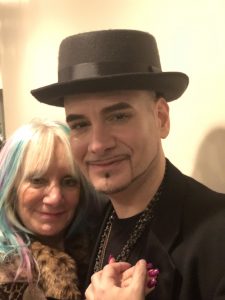 Tym Moss tried his hand at rapping….he was spontaneously answered via Doctor Dre with a Broadway tune. It was amazing to hear Doctor Dre’s unpremeditated, extemporaneous, impromptu Broadway version of a rap dedicated to Tym. Another Spotlight of the evening came in the form of the performances of Brook Moriber who performed her song, “Cry Like A Girl”, followed by Coby Koehler singing “All I Want”. Brook has starred on Broadway and is now pursuing a career as a pop star. Coby is a nightlife favorite with one of the best voices known to man. Speaking of fabulous voices…. 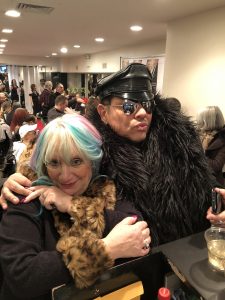 During a second duet by Dorothy Bishop and Michael Musto, “You Don’t Bring Me Flowers”, I was thoroughly elated and astonished to hear Michael’s voice, (although I always thought it good), it was now spectacular. The man can really, really sing! Tom Jones has nothing on you Michael!! A true epiphany!! 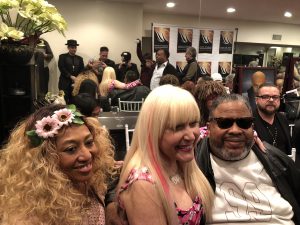 As Screamin’ Rachael transformed into host, she introduced Natasha Komis, “NK”, one of my favorite acts of the evening. I felt her a cross between Pat Benatar and Joan Jet. The pop rocker performed her song, “Party of the Year”, a fitting selection for the evening. We also had Stevie Nicks as well, in the guise of Maryanne Piccolo singing “Stand Back”. Susan Camanro entertained us with her playfully drunk personality by singing “As The World Goes Round”. 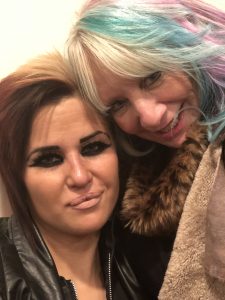 Another very special treat was the art display by unique and talented creative artist, musician and friend, Olga Perry, who came especially from San Francisco with oil portraits of nearly all the performers. The Russian born phenomenon is one of the most talented people on the planet. Her artistry is beyond the imaginable. Aside from her paintings she is also keyboardist for the San Francisco sideband “Revolushn”. 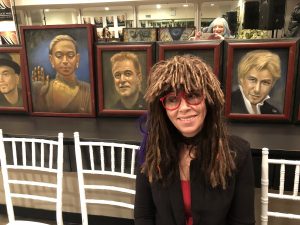 DJ Ian Ford as usual came through with flying colors. The very dependable and creative DJ is a music and technical virtuoso. Aside from the music there were gourmet hors d’oeuvres served and mastered by Chef Stephen Daniello. 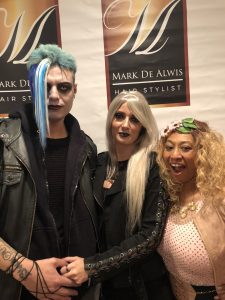 Special thanks to those behind the scenes including: Jimmy Star from World Star PR, for his PR promotion and support, Mike Todd and Get Out Magazine for support and sponsorship, the staff of Mark De Alwis Salon, Tina Marie Hess for her superb direction of the show, (without her the confusion and chaos would have prevailed), Jessie Hess for his over the top bartending, Susan Korwin, Sue Hopp, and Lisa Ferretti Encarnacion. 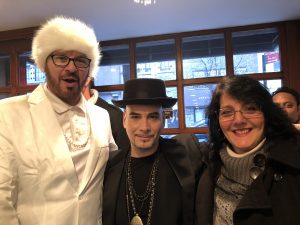 Finally, the Producers and Directors of this superlative, dazzling, and remarkable event. The weeks of extreme work and pressure and talent paid off supremely. Together they created an event to be proud of…..Amazing job Celebrity Photographer Billy Hess, and of course Celebrity Designer Mark De Alwis.