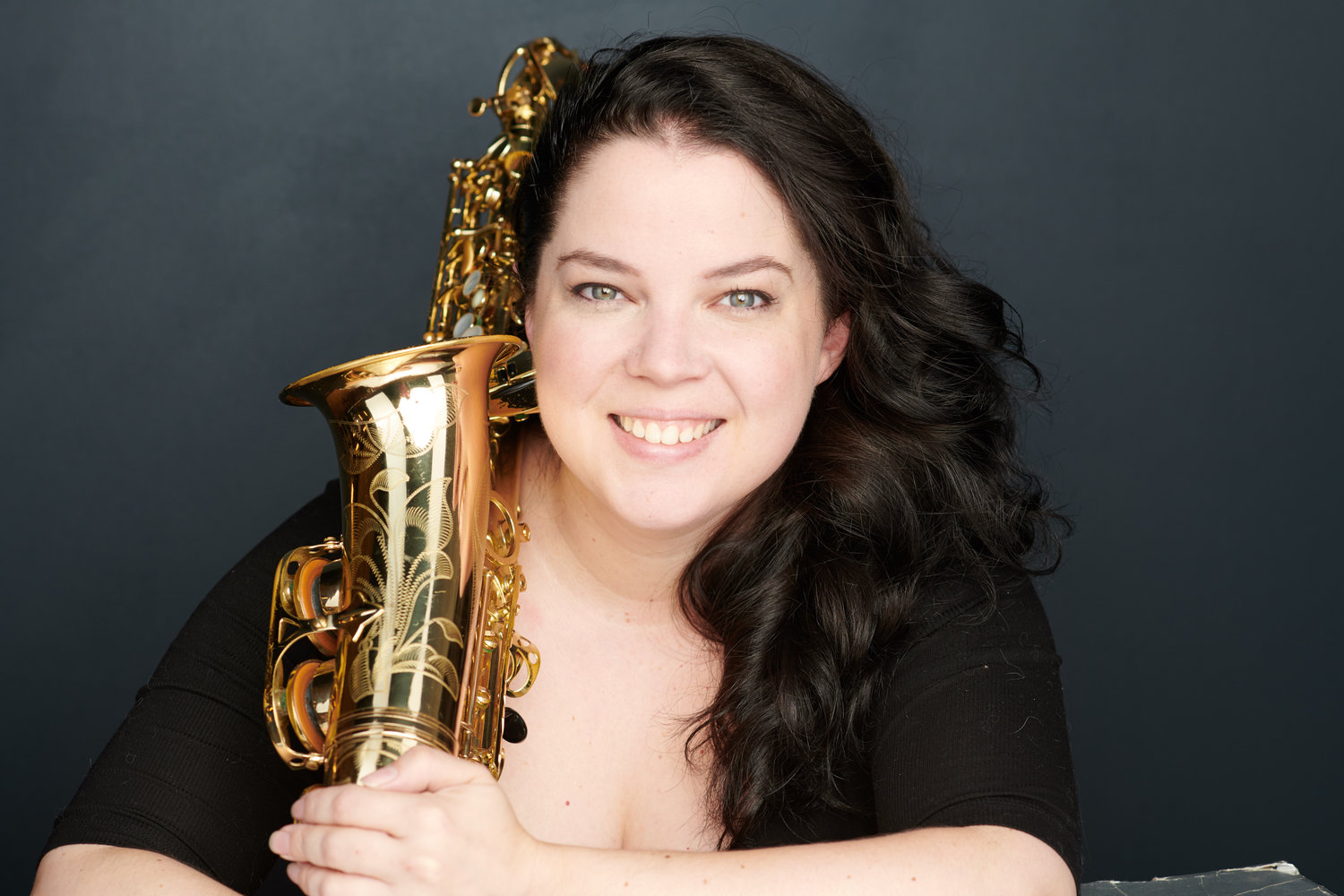 Maureen Walsh’s video album A Saxophone at the Opera is doing her part in making classical music more readily accessible for modern audiences. The sax’s position as an instrument in pop music is an achievement long since secured. Taking the instrument into the highly regimented territory of classical music, particularly opera, is a bold step that pays immediate dividends for listeners when you hear the work. All misgivings are swept aside in a moment.

Walsh’s approach takes segments and parts from renowned operas and re-arranges the pieces for a trio setting. A Saxophone at the Opera revolves around piano, saxophone, and percussion. Pianist Thomas Pandolfi and percussionist Nehemiah Russel are ideal accompanists for Walsh because they are obviously keyed into playing alongside her; the work bears Walsh’s name, but she doesn’t’ use this as a vehicle designed to highlight her talents alone.

She couples the album’s musical pieces with evocative illustrations and economical yet deftly written prose fleshing out the narratives underpinning each composition. “Carmen Fantasy”, culled from Georges Bizet’s 1875 work, opens the release. The gypsy-styled affectations rife throughout the arrangement never strike a false note, however, and she incorporates saxophone seamlessly into the classical structure. The clear intelligence in the music doesn’t get in the way of its capacity to flat out entertain listeners.

Her range in selecting compositions is apparent fast. “Pelleas et Melisande” from Debussy’s 1902 opera has outstanding dramatic power derived from a carefully constructed dance between Pandolfi’s piano and Walsh’s saxophone. It is a very meditative piece appropriate for the accompanying narrative. Walsh ventures into particularly hallowed territory with “Fantasy on the Magic Flute” taken from Mozart’s 1791 opera. It is a work that’s been interpreted from a wide variety of angles over the centuries and the inventive incorporation of sax into its familiar themes again proves its timelessness.

Walsh and Pandolfi do an excellent job capturing both the wonder and playfulness prevalent throughout the performance. The illustrations possess these qualities as well. The swirling and warm romance of Giacomo Puccini’s 1900 work emerges in full from the fourth performance, “Tosca Fantasy”. It’s a composition and performance practically bursting with a variety of unexpected and expected turns alike – Walsh’s ability to recast these durable musical pieces for new instrumental voices is boundless.

She concludes the video album with “Logengrin Fantasy” from Richard Wagner’s 1850 opera. It has the feeling of a final curtain with its energetic arrangement putting an emphatic exclamation point on the release. Maureen Walsh’s A Saxophone at the Opera has plenty of understated ambition; revitalizing these pieces for a modern generation utilizing saxophone isn’t a ground-breaking move, but it puts a new spin that you can’t help but notice. This live perform recorded at Great Falls United Methodist Church in Great Falls, VA is a singular release. A Saxophone at the Opera, in lesser hands, could be a gimmick release, but it isn’t. Instead, Maureen Walsh has served up a memorable and durable collection that you can revisit again and again.