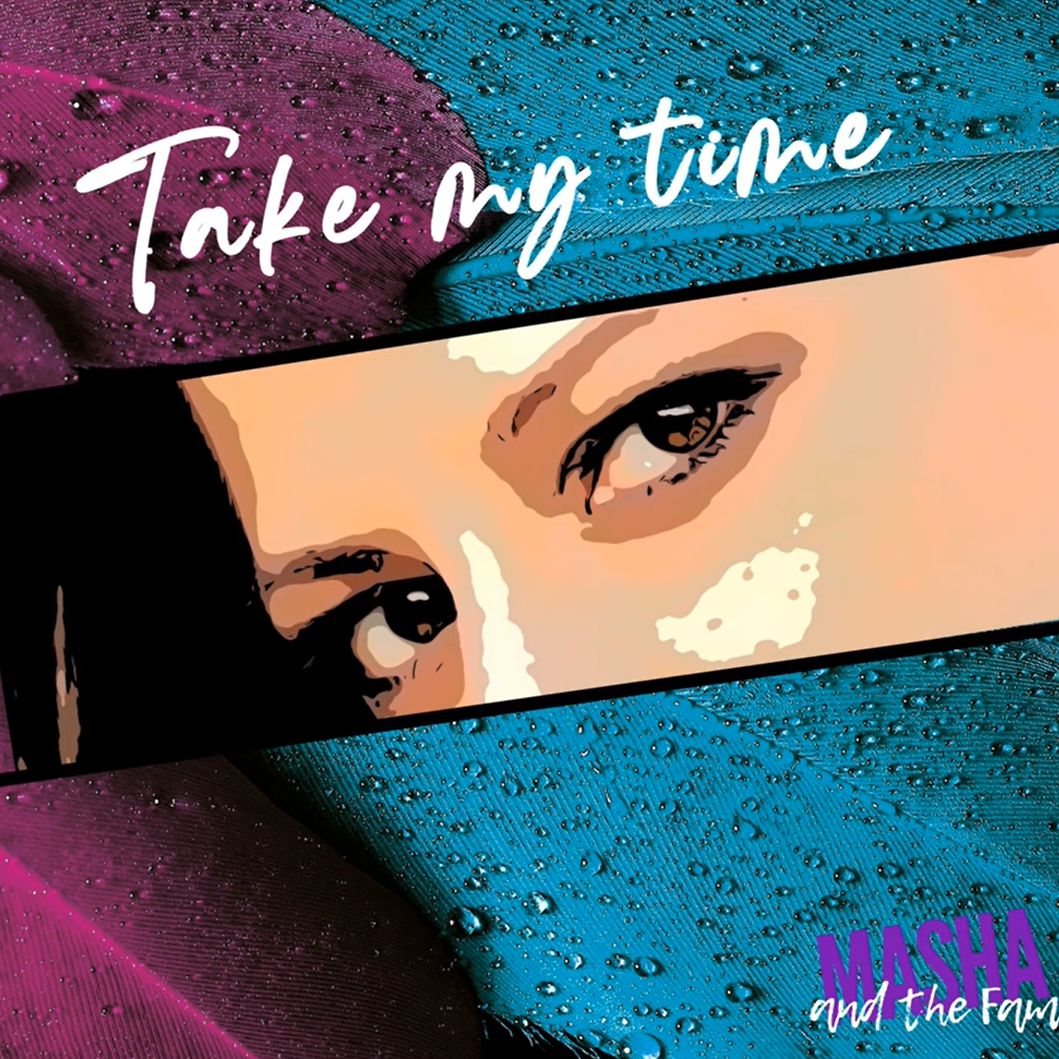 Masha and the Fam’s latest single “Take My Time”

Masha and the Fam’s latest single “Take My Time” strides from the outset and burns with low-key sensuality. The Los Angeles band led by singer, pianist, and songwriter Masha Alexis formed before the pandemic began, but they turned lemons into lemonade and worked the last two years refining their songs and presentation.

The results are paying off in a big way. Masha and the Fam’s “Take My Time” achieves a multi-faceted sound they can readily translate over to the stage and, likewise, applies a new coat of paint onto venerable R&B and soul tropes. The band’s debut EP After Dark lands in soon in the spring and they are already working hard on a concept album set for release this year. No one can or will accuse them of wasting time.

Alexis’ singing boasts seductive phrasing, restraint, and near-palpable passion during “Take My Time” This is a singer who doesn’t try bending the song and individual performances to her will but, instead, exercises immense care shaping her voice to serve the material. There’s no competition between her singing and the arrangement. She’s attentive to its nuances and peaks at all the right times.

Many listeners will likewise enjoy her vigorous phrasing. She never pushes the song too hard, there’s no rush to see it through, and she makes an obvious effort to clearly convey each line. The lyrics will never be confused for high poetry, but they cut to the heart of the situation and intelligently written.

The light presence of brass in the track acts as a sort of backing singer. It’s much more hemmed in than the singing, naturally, but the intense vocal quality such sounds bring to a composition underlines the song’s refrain without words. Masha and the Fam’s drumming on this song is crucial to its appeal. The tempo is authoritative without overwhelming listeners, pacing things with a solid mid-tempo bounce, and its energy never ebbs.

Alexis’ songwriting instincts are on the money. She doesn’t waste anyone’s time with superficial demonstrates of musical skill, excessive verbiage, or an extended running time. There’s nothing about the track that sounds expressly commercial but there’s no doubt Masha and the Fam’s new single has the potential to make a splash.

It’s deserving of the spotlight. Masha and the Fam’s relentless woodshedding over the last two years has earned them their time in the sun as well and this single suggests they will soon be among the forefront of the Los Angeles music scene. It won’t hold them for long, however. Masha Alexis and her cohorts play with the spark of inspiration many listeners are searching for more than ever before and word will spread fast once they hear this outstanding band. It stands on its own as a gem of a single or as a likely preview of the aforementioned EP to come. Masha and the Fam marshaled their best material for this initial release and it’s hard to imagine a better way of putting their best foot forward.