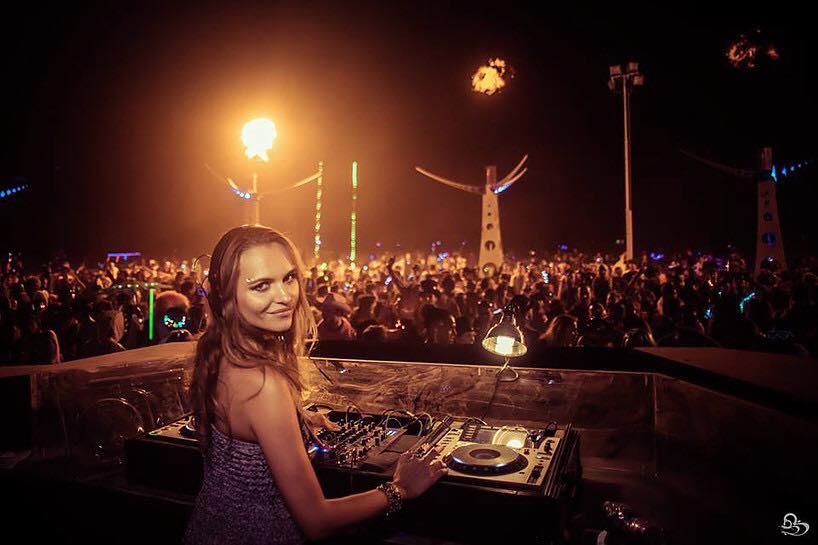 Marymoon: Inspiring Masses With Her Art

Today, you will meet an epitome of passion, a powerhouse of talent, and a brilliant artist, Marymoon. Most of you would know her but for those who didn’t, she is a rising music artist, making waves in the music industry with her excellent skills in producing music. Not only this but she has been into visual art as well and undoubtedly excelled at this one too. Currently based in Mexico, the multitalented star has been a source of inspiration for many through her music and painting. You can also check out her website to know more about her.

Talking about her childhood, Marymoon has always been a fan of music and painting. Later she graduated from the esteemed Sotheby’s Institute of Arts in London. What inspired her to produce music was experiencing different forms of art at Sotheby’s. It brought the real artist in her, one who can reach great heights with her impeccable talent. It allowed her nothing but to be more creative and appreciative about art. She also learned how much effort it takes to build an artist at Sotheby’s.

Shortly after graduation, the rising star, Marymoon struggled to chase her dreams. She arranged multimedia exhibitions in St.Petersburg, Venice Biennale, New York, and London. Her efforts and hard work were worth it since she got what she wanted- a studio full of hardware drum machines and modular synths. A place where she was finally able to completely concentrate on her passion and give out her best. It was this time when Marymoon discovered her signature sound and finally released her first-ever EP on the Human Resources Label that became the most prominent Russian electronic music label to date.

This was the beginning of her journey as a music artist. One after another, her albums, single tracks, and debut set the music industry on fire because of its amazing production and beyond-perfect lyricism. Her songs and albums are available on Soundcloud. She also showcased her skills by playing DJ sets at iconic electronic dance music hotspots such as Burning Man and Space Ibiza. Recently, Marymoon has released her latest album “Nalu” with Anathema boys,  a masterpiece full of emotions. This one is definitely a brand new production of hers, more energetic and thoughtful than her past tracks. She has expressed her journey and her struggles that lead her to be at this point where she can influence masses with her creativity. The emotions and the story behind each track make the album worth listening to and appreciating. She also named her son, “Okean” which is also one of the tracks of this album as she was writing it while she was pregnant with him.

According to Marymoon, the pandemic proved to be helpful for her since it brought only the good in her. Although she was not working during this time but spent quality time with her family, especially her son, and what can be better than this.

Marymoon is all set up to inspire her fans with her work and be a better version of herself in the future. She has plans to go on a trip to the USA and visit cities like Miami, New York, Washington DC, San Francisco, and Los Angeles. She is also working on a few podcasts that will be coming soon. You must follow her on Facebook and Instagram to remain updated about her upcoming podcasts, songs, and trips.