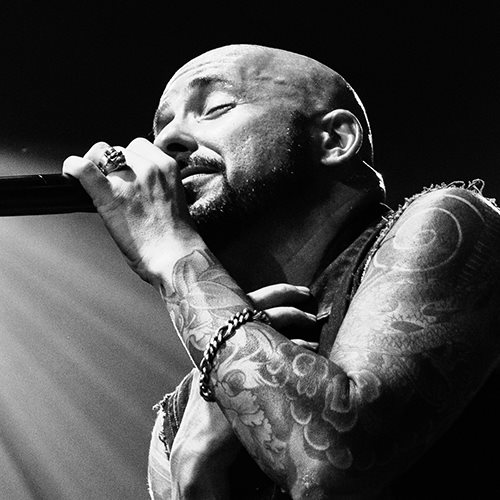 How do you react when the world throws more than one curveball your way? What do you do when the workload feels overwhelming? If you’re like singer/songwriter Marcello Vieira, then you get to work, and inspire others to grind it out just the same. Vieira’s song, “Southern Outlaw” comes at the right time in music – a time to separate the one’s that want it the most. Well, folks, this guy wants it and he’s got the talents to back it up. “Southern Outlaw” is a rock/roots/Americana track that can’t be ignored.

It might not be the slick “Eye of the Tiger” (Survivor) coda, but “Southern Outlaw” has the capabilities to be a battle cry for the downtrodden and forgotten. Leave those gushy, romantic tunes for radio, “Southern Outlaw” is the stuff things real men and women listen to. Just kidding of course. But in all seriousness, Vieira’s voice and take-charge attitude in his song is just the song to grab you by your bootstraps and get you rocking. This might be the song to define him, time will tell, but it’s certainly a strong case for encapsulating who he is as a singer/songwriter. “Southern Outlaw” is just the unruliness that fits for 2020.

Raising hell, living well, no love for the jezebels, he sings. His voice, containing a slight accent, is still laced with whiskey and sharp-edged rock and roll genetics. This song, and his delivery, it’s in his blood. Ride hard til you get caught up, Vieire champions in the chorus. He’s communicating to the listener that we all ride through some dust clouds, some dirt and it’s rare to come through the other side completely clean. The underlying music, a hammering drum, bangs away. The bass guitar grooves just as hard. And, the electric guitar, clangs away as if the riffs were forged from steel and fire. Vieira’s voice clings to it all, but, is in full control and driving the bus. He’s not about to relent to anything and it’s as if the music is his backing posse. I think the balance and the backing music is tight, it’s perfect. It fits is voice and the overall texture of the song in a wonderful, weathered sort of way. You just feel the hutzpah, the genuine attitude in his voice. It’s tangible.

Based in the United Kingdom, Vieira has a varied musical pallet. He’s released demo reels for several genres, including EDM, but I must say that in “Southern Outlaw” his vocals are a perfect fit. Outside of music, he’s also a real estate agent. By this song alone, I’d want him on my side for the mere fact that you know he’s not going to give up or give in. He’s a fighter. I can tell just by this song that he takes the biggest swings at any shot he’s been given. Vieira may carry the weight of his past on his shoulders in “Southern Outlaw” but when given his at-bat, he hits a home run. “Southern Outlaw” really rocks.

The music of Marcello Vieira has been heard all over the world in partnership with the radio plugging services offered by Musik and Film Radio Promotions Division.  Learn more https://musikandfilm.com