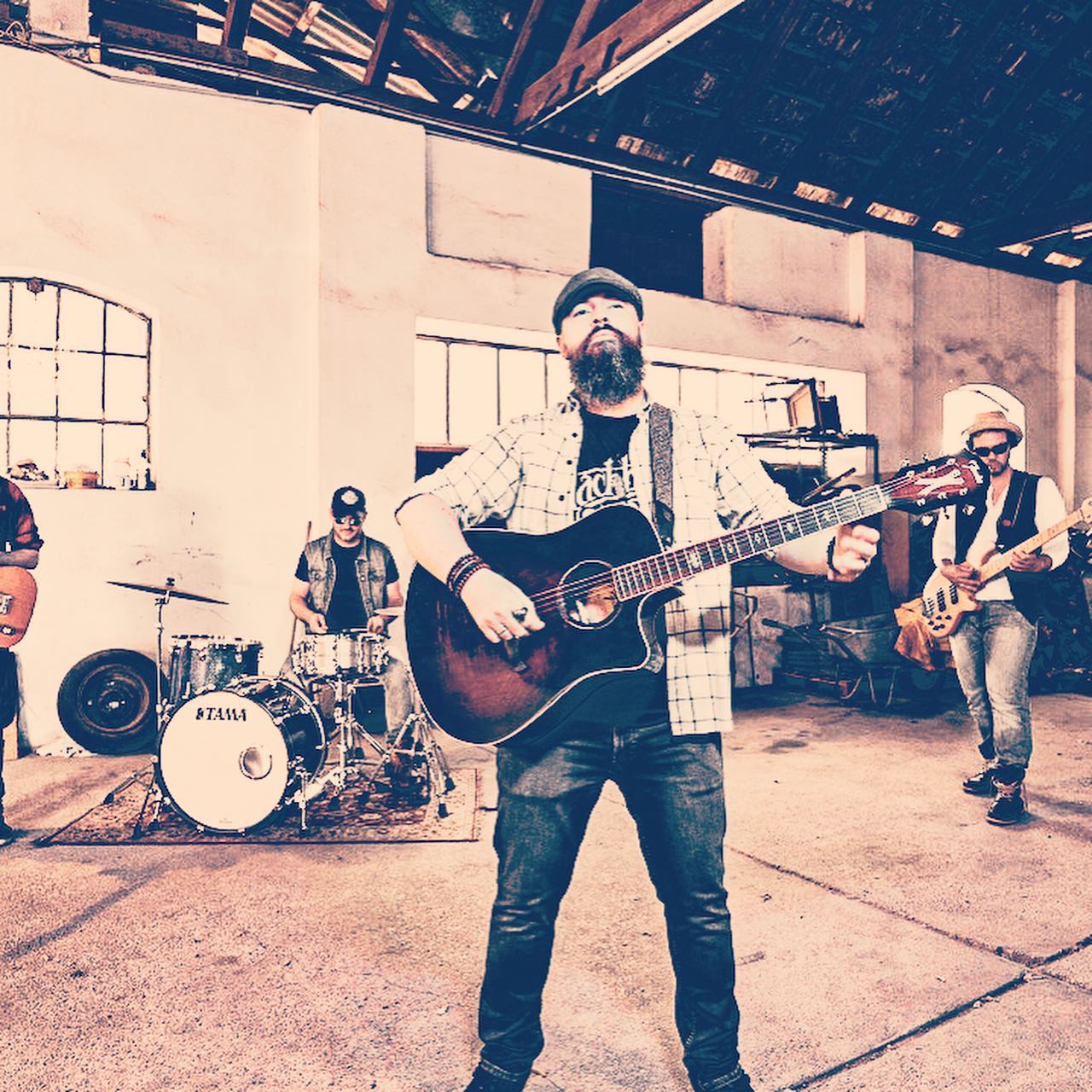 Marc Miner’s Smile When You’re Wasted is a record out of the past with timeless value. The album’s title is an excellent choice representative of his songwriting point of view. Underlying its eleven cuts is the philosophy of a survivor whose greatest accomplishment is, perhaps, surviving themselves. It’s, likewise, indicative of a figurative middle-finger to fate itself and playing a game of chicken with impending doom. You’ll hear that in each of the album’s eleven tracks; it’s stronger in some than others.

“Warm Welcome” has Miner coming out of his corner swinging. This is a headhunter track, a song looking to connect with a knockout punch, and the lead guitar playing takes no prisoners. It is clear after an initial listen that no other song listed on this album could have worked as well in the opening slot; the music and vocals alike set a high bar for everything following it thanks to their passion and skill. The songwriting, like the remaining ten tracks, is a no-frills affair, but anyone who thinks relative simplicity is easy to deliver has no idea about the work that goes into making such seemingly effortless music.

“Easy Street” has a loose and inviting south of the border feel. Bringing harmonica into the mix provides you with a tenuous synthesis of blues and Tex-Mex without tipping too far towards ether side of the fence. There’s some lyrical sleight of hand in these tracks. Miner often sounds like he’s writing on a very simple level but there are lines, verses, and entire numbers included on this album where, with a careful listen, it becomes apparent there are often deeper levels and other meanings you can read into his writing. His talents as a storyteller are a side of his talent he will develop with further releases but it’s flowering nicely throughout this album.

The striding “Everything But Modest” plays like it is tailored made to be a single. Despite its retro sound, Pat Lyons is a top-notch pedal steel guitar who contributes further stellar work on a later album track and his pairing with terse electric guitar makes for an effective combination. His sense of humor comes across here as elsewhere on the release, but he never plays any song solely for laughs. The background vocals joining Miner during the track “Sweet Codeine” give you a good example of the production strengths underlying this album. Each of the album’s eleven songs are framed in an ear-appealing way, but it never sounds too slick. Despite Miner’s own words that he’s jazzed up the autobiographical aspects of his songwriting, the words for this moody track come across as dredged up from a dark place within.

His sense of setting grabs your attention in songs such as “Strip You Down”. Anyone familiar with modern country music is long accustomed to hearing multi-millionaires singing about the lives of working men and other laughable contradictions, but Miner never sounds like a poseur. The song construction is as solid as ever. Another quality distinguishing this album is its confidence. You hear that loud and clear during the penultimate track “Over” and its light strut nonetheless has great separation between the instruments and a forceful yet airy sound. Smile When You’re Wasted will find favor with fans of Americana in all its forms and anyone who’s ever been down on their luck.